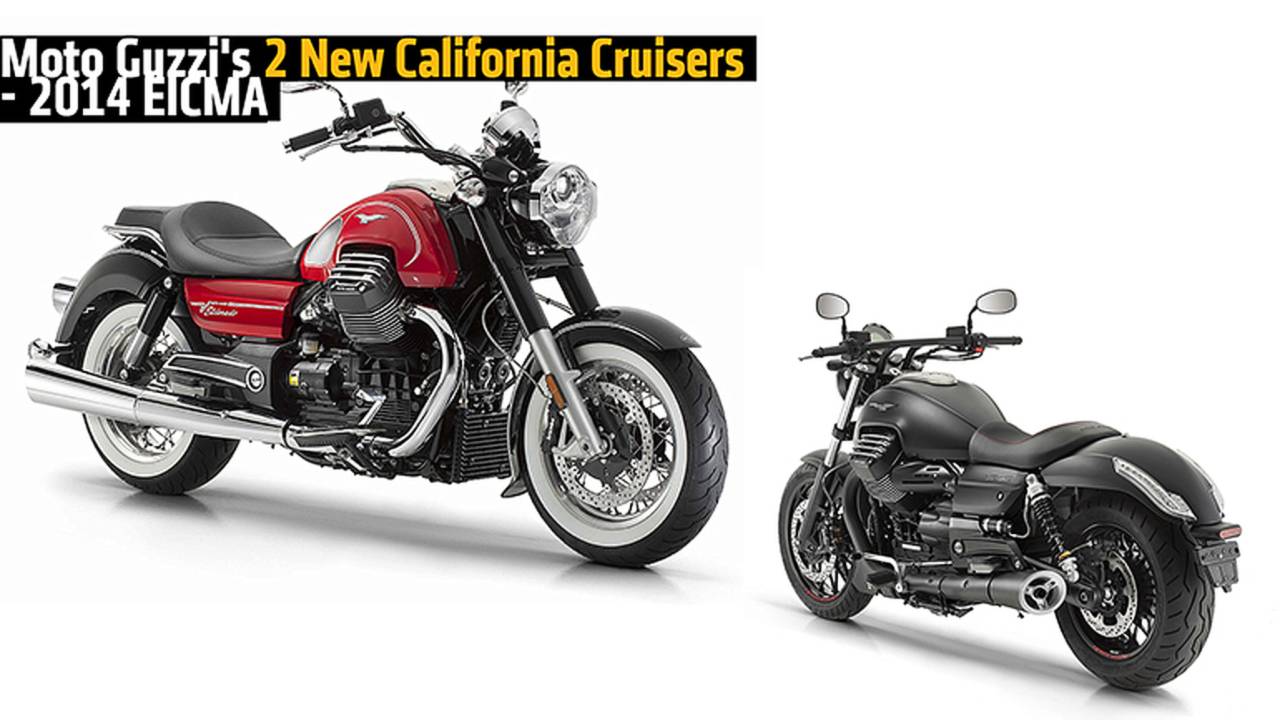 The Audace (translated literally: “Bold”) is proof that the old adage “keep it simple, stupid” actually has a lot of merit. The blacked-out version of the California looks great, a nice counterpart to the often flamboyant features of Italian bikes. The Audace is a modded Calfornia Custom; differences include drag bars, a fatter rear tire, and sportier foot controls (footpegs replace the footboards, and a traditional shifter replaces the usual California rocker-type shifter). The bike may appeal to cruiser riders who are looking for a more performance-oriented bike.

The California Eldorado swings the style needle back the other way. Based on the Eldorado model that Moto Guzzi produced in the 60’s, the bike adds chrome touches as well as those white-wall tires and a low 28.5 inch seat height. (Vertically challenged riders will be happy here; the Eldorado also sports 16” wheels, which will allow just about anyone to flatfoot it.) In addition, the Eldorado will come with standard cruise control. The Eldorado could serve riders who are looking for an all-purpose cruiser with the potential to rack up some serious touring miles.

Both bikes are great looking; Moto Guzzi seems to be trying to emulate what Indian’s done with the Chief and the Scout, in terms of retro looks matched with modern-day performance. Whether or not it can compete here in the U.S. remains to be seen. U.S. pricing and availability have not yet been announced; we’ll be sure to keep you updated.