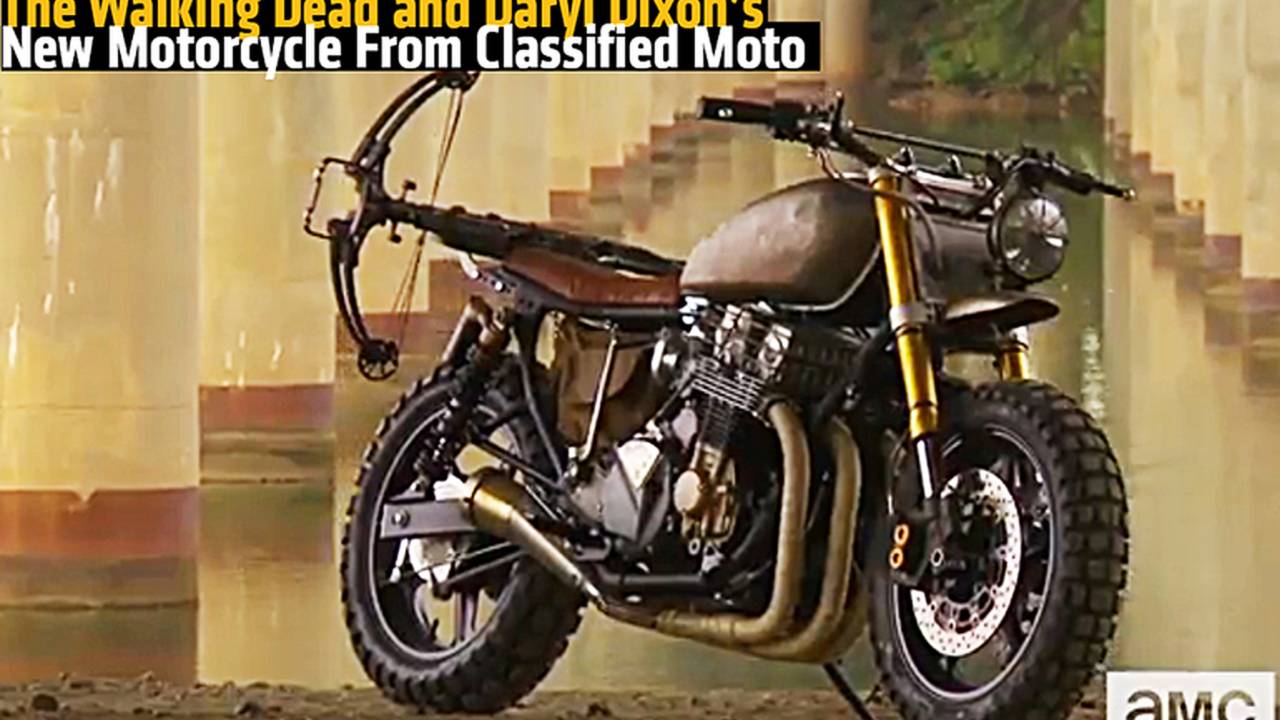 The Walking Dead and Daryl Dixon's New Motorcycle From Classified MotoMost vehicles featured in the zombie-apocalypse geek fest that is The Walking...

Most vehicles featured in the zombie-apocalypse geek fest that is The Walking Dead, have either ran out of fuel or blown an all-important radiator hose—except for that well-placed Hyundai product placement, of course. In last night’s episode, however, everyone’s favorite badass Daryl Dixon, played by actor Norman Reedus, rocketed off on  a new motorcycle and we want to learn more about it.

Built by John Ryland's team at Classified Moto, the bike is a cobbled together piece of modern art. Starting with a 1992 Honda CB750 Nighthawk, Classified Moto stole the front end, along with wheels and brakes from a Yamaha YZF-R6.

READ MORE:  A Motorcycle Anti-Theft Storage Solution For The Rest Of Us - RideApart

The difficulty in the project was not the build of one bike, but rather making two bikes identical for the show's production. Rust, dents and other bits of wear and tear had to be exact between the bikes. The Walking Dead fans can reside on the fanatical side and nothing less than perfection is necessary. Ever smudge, scratch and fleck of rust had to be exact—and the team at Classified Moto pulled off both bikes perfectly.

WATCH THIS:  Watch This Biker Sink into a Huge Pothole-Puddle of Doom - RideApart