Getting Ready for INTERMOT 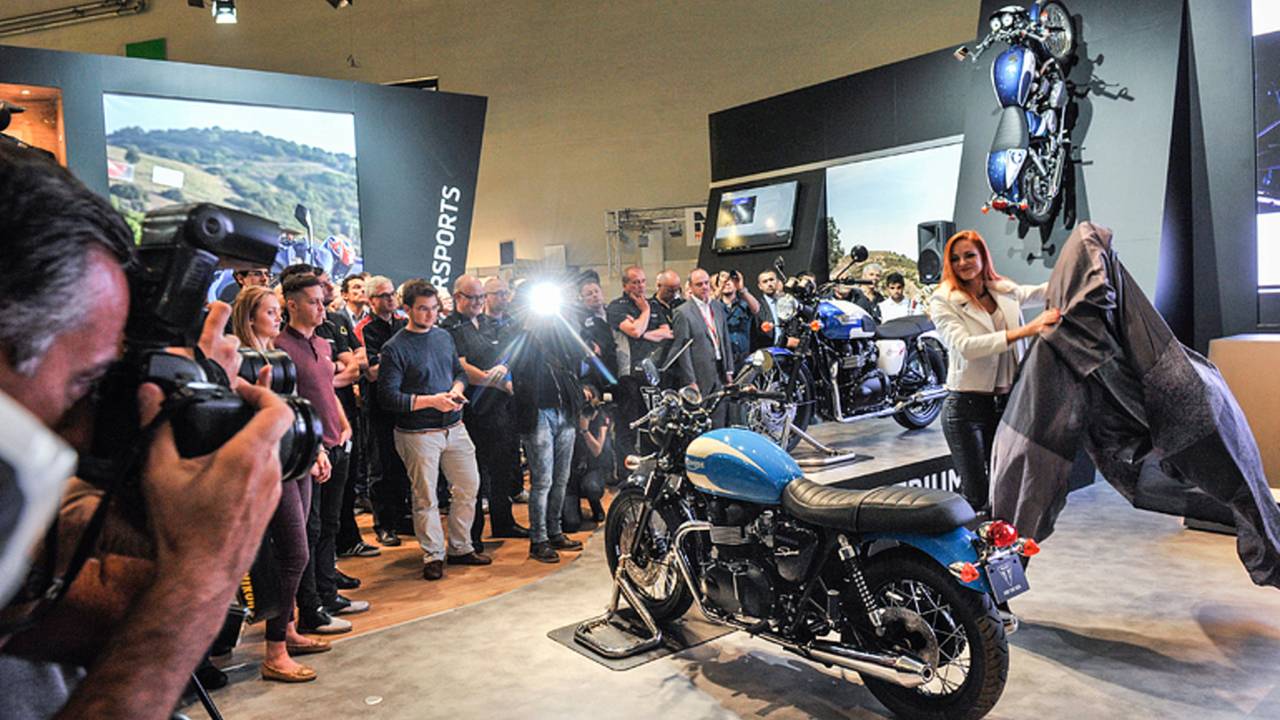 RideApart is getting ready for INTERMOT with our own Chris Cope on the ground & preparing to bring you all the news from the first big show of the year.

Getting Ready for INTERMOT

Ahh… the smell of fresh petrol in the morning, the gleam of the chrome, the clouds of burning rubber. It smells like… INTERMOT. The trade and consumers show season opener for the motorcycle industry in Cologne, Germany during the week of October 5. It's a feast for the senses, and a sinkhole for the bank account. Over the years these shows have evolved from simple showcases of the latest inustry wares, to full-blown multi-media entertainment blitzes intended to impress attendees with flashy lights, the chance to rub elbows with famous people and generally have their minds blown by seeing all this good stuff in person at the Big Show.

The promoters are ready. “Live music on the stage and the sound of an eighth-mile race outside the gates. Hall 10 at INTERMOT is pure passion. Lifestyle. Here, the V2 (Thats what they call the V-Twin segment) meets the New Wave custom scene. Chopper meets cafe racer and scrambler. And an enthusiastic audience meets the big customizing names - from manufacturers, to bike builders and parts suppliers.”

Designed as a show-in-show concept is alive at Hall 10, where custom cruiser fans can get their fill of the bike building genre by wayching it happen all day long throughout the show: On the central stage one expert will be followed by another, the bike builders will be at work live on the Glass Bench and in the scope of the AMD World Championship of Custom Bike Building, the who's who of international bike builders will present the most spectacular one-off motorcycles for all the world to see, and judge. This year the new segment will be the meeting place for the entire customizing scene.

The INTERMOT team is already out and about showcasing some of the talent to the city of Cologne. Both classic V2 get-togethers and festivals of the New Wave custom scene are on the agenda. Highlight: The cooperation with Glemseck 101 - where the team is already competing in the International Sprint with its own INTERMOT Custom. Plus, an American Pavilion is in the works. There will be more of everything, more tricked-out Ducati Scramblers, Moto Guzzi gunships, cafe racers, bobbers, choppers, cruisers, and adventure/sport touring/street tracker/enduro/trailie tantalizers than you can shake a shift lever at.

There is a long list of bike reveals, none of which are officially on the schedule. Instead, we are informed of which OEMs will be making announcements and when it will happen, but we will not know they're unveiling until the sheet is pulled off the bike. RideApart will be there so stay tuned for a barrage of first look coverage from INTERMOT next week. Some of the reveals were looking forward to include, but are not limited to, the Honda CBR1000RR, a new Yamaha R6 and small bore Suzuki GSX-R250 or 300. The ADV crowd is eager to see if KTM is actually going to release a KTM 390 Adventure and the scrambler scene is hoping that Triumph Scrambler, Moto Guzzi V7 and BMW R nine T models will all make an appearance.

And if you can’t be there in person, count on RideApart Director Cope to report fully on the proceedings. Even now he’s packing the gear bags and loading his V-Strom to trundle across the English Channel by steamship, and ride into Cologne with pen and camera ready. And if he’s not too distracted by the frauleins with large steins of lager, or even if he is, his full coverage will be forthcoming. You can take it to the bank.