The new and improved 2017 V-Strom 1000 & V-Strom 1000 Suzuki Workhorses arguably the biggest news from Suzuki. The grizzled veterans of the line-up will be even better for 2017.

Suzuki brings four new V-Strom models to market for 2017, offering variations including the street-oriented ABS and off-road focused ABS XT. As you might expect, the ABS version comes with cast aluminum wheels while the ABS XT series comes with tubeless spoke wheels. The Suzuki V-Strom 1000 first appeared in 2002, and attracted a mixed bag of sport/touring/sport-touring/adventure sport riders, largely by virtue of its 90-degree V-Twin and affordable price tag. The popularity curve improved even more in 2004 with the release of the 650 and the rest as they say, is history. The little brother, owing to its versatility, found a much larger market and as a result the 1000 was dropped for a decade only to reappear in 2014. 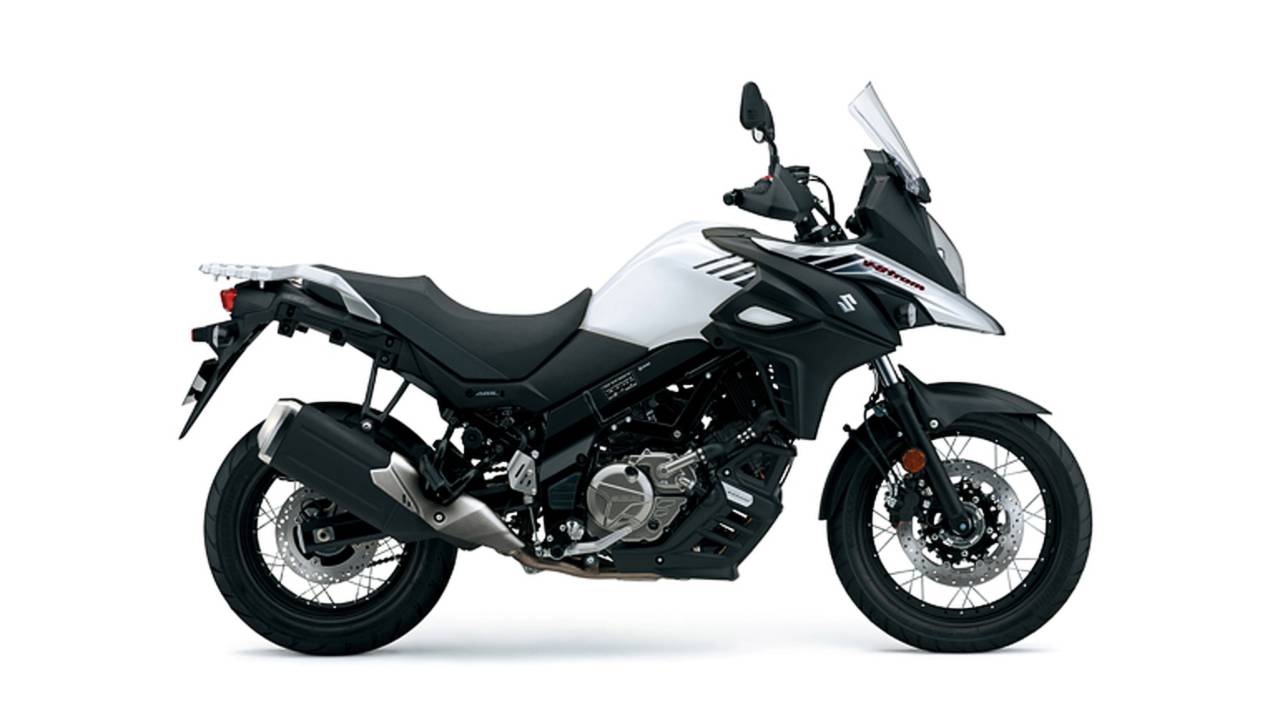 An important feature on the V-Strom 650 XT (Note the wire wheels) is the ultimately comfortable seat, and although with the new design to match the update in cowling design, the reputation will continue.

The V-Strom 650 was updated in 2011, and three years later the new 1000 became the test bed for Suzuki’s first traction control system. By that time it was apparent that the two bikes appealed to two distinctly separate demographics. The 1000 was the choice of sport/adventuring/touring riders for its power, the 650 to a more practical bunch with utility, weight and size a higher priority. Now both Twins have been restyled to reflect the expansion of the market for both medium and large-bore sport tourers. The V-Strom 1000 gets the new “Motion Track Brake System” on its new and improved “Sports Adventure Tourer.” The 1000 has a new seat and cowling/windscreen design for improved comfort, supported by a torque curve reaching its maximum output at a rider friendly 4000 rpm.

The V-Strom 650, which set the standard for middleweight do-everything rides, gets its first refurb in five years. The latest model with ”new styling is now lighter, more powerful and has the image of the DR-BIG, the pioneer of the adventure segment, and aims to appeal to even more enthusiastic riders.” 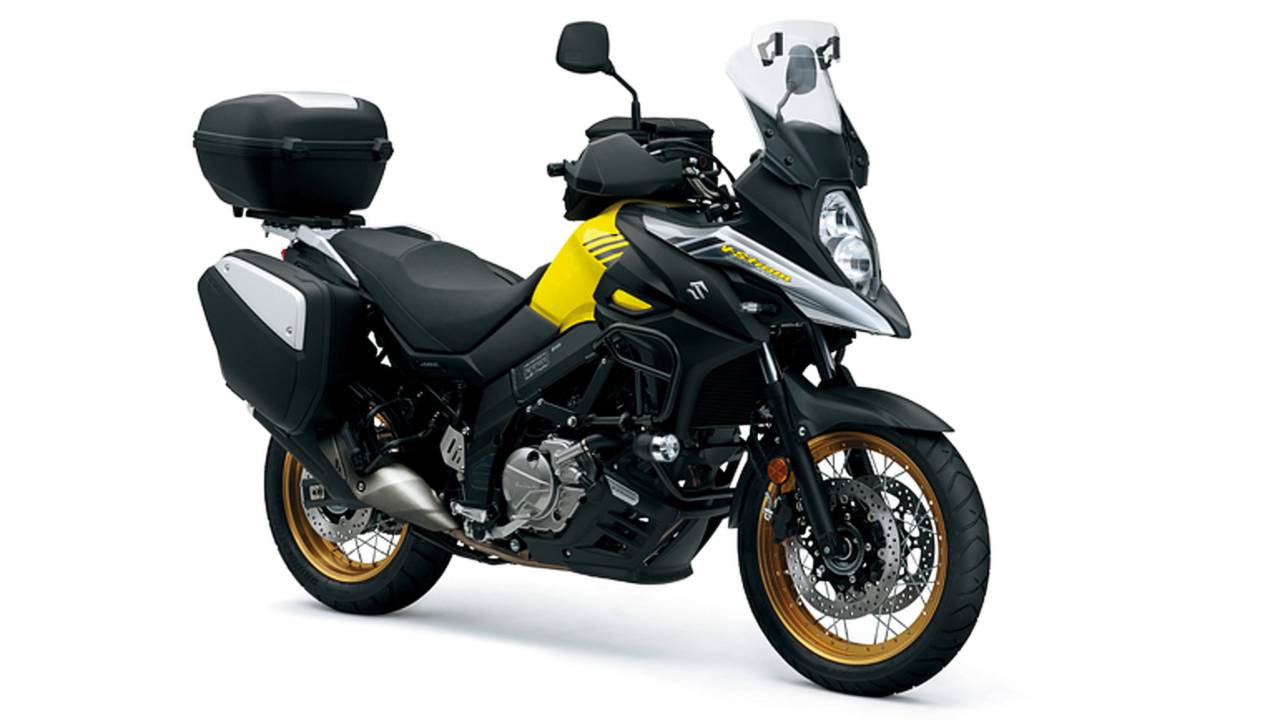 By installing the new design cowling with the vertical configuration headlights, the V-Strom 650 XT now shares the image with the V-Strom 1000, the cowling is noticeably slimmer giving the rider a wider view and therefore a lighter impression when mounted on the seat.

Noting the popularity of off-road adventure styles, Suzuki has adopted the “styling image from the desert racer DR-Z and DR-BIG, to match the V-Strom 1000. The 650 is “a masterpiece with an ultimate balance provided by the natural riding position, comfortable seat and the flexible engine character realizing stress-free riding from daily use to long distance adventure touring. The 650 is also available with either cast aluminum or wire-spoked wheels, offering a choice for riders."

As far as we can tell, Suzuki is making a nice push here at INTERMOT 2016, which should set itself up with a nice line-up for this year and the upcoming. Between the new GSX-R1000, the GSX-S and the populat V-Strom models, things are looking good here. Below are some additional images to get youin the Suzuki V-Strom spirit. 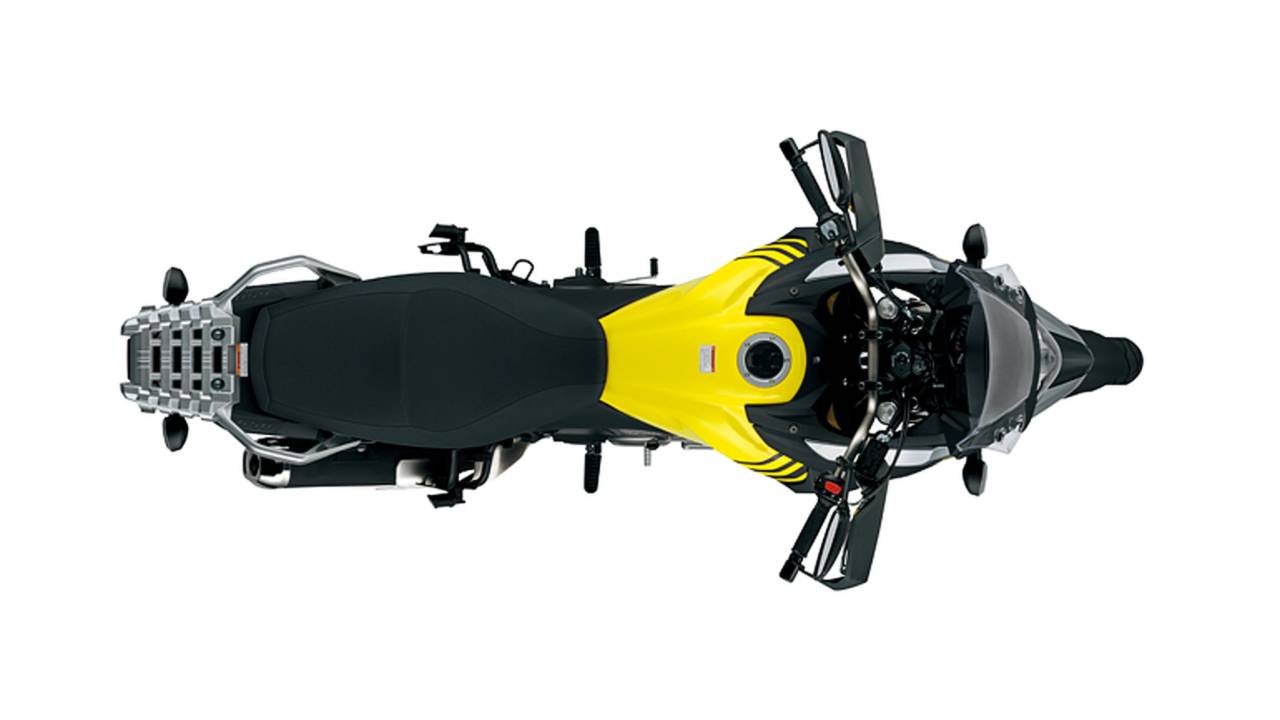 The redesigned 650 cockpit is slimmer and smarter. The fuel tank still holds a capacity of 20L, realizing a long riding range when combined with the excellent fuel consumption. 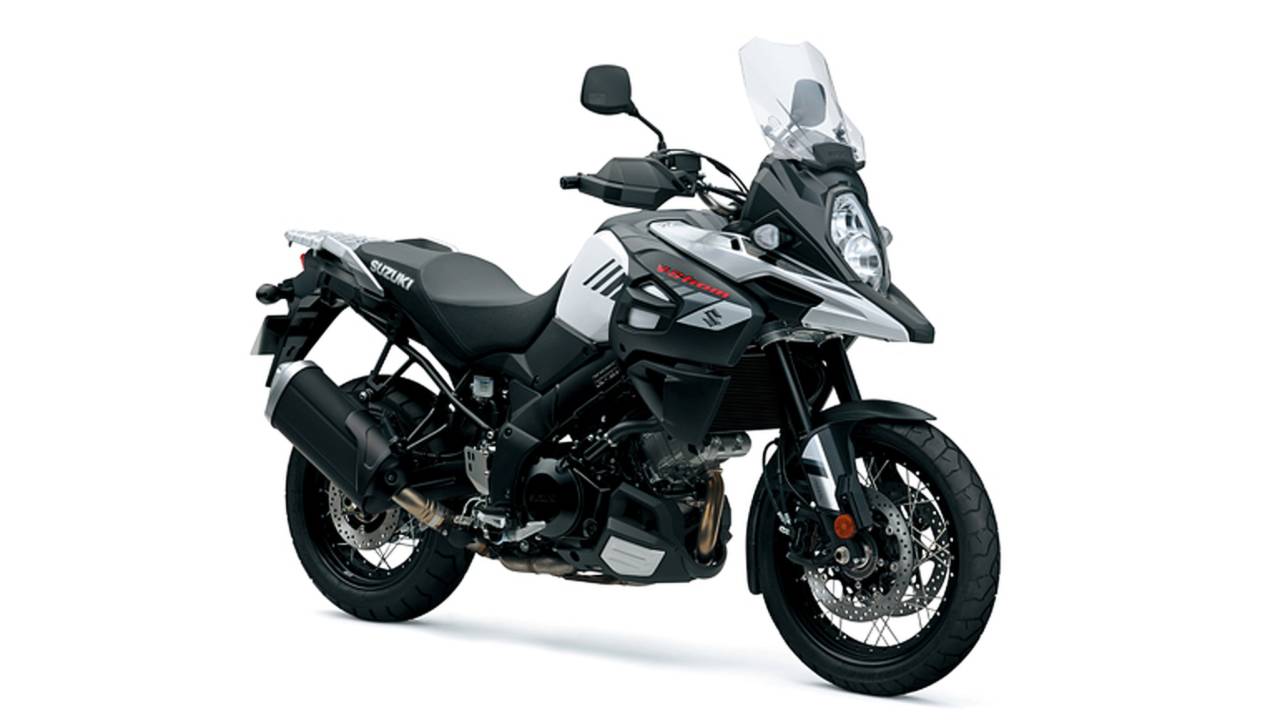 The effective windscreen on the V-Strom 1000 ABS inherits the ratchet-gear mechanism allowing the rider to easily choose from three angles. 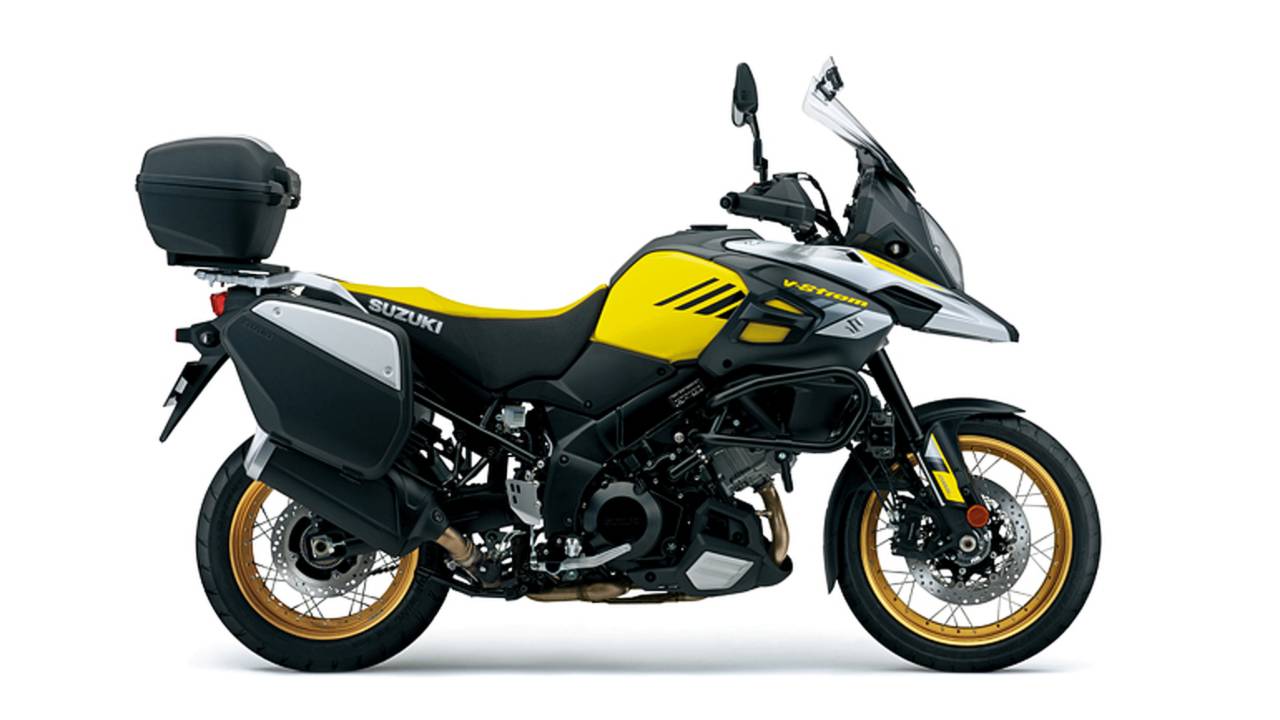 With the reputation for its long-distance touring performance sometimes even tandem riding, the optional integrated three-luggage system is an important option to heighten the attraction of the V-Strom 1000 ABS. 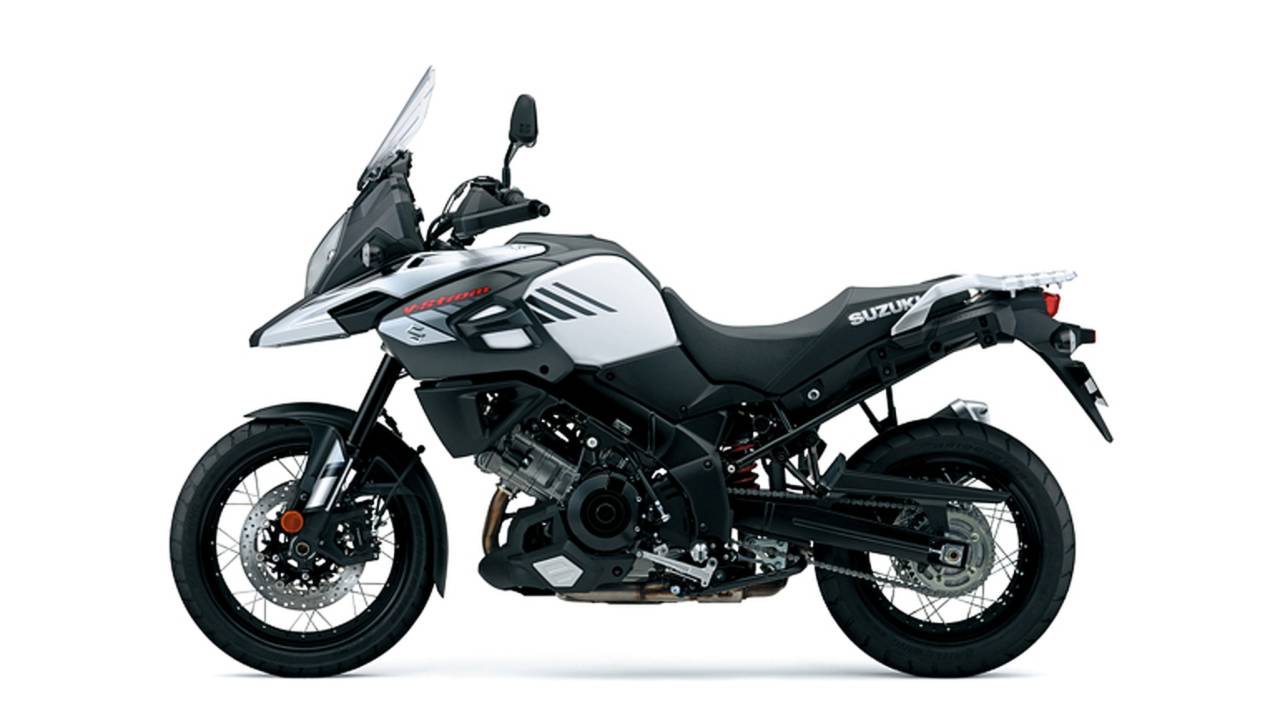 The upright and relaxing riding position of the V-Strom 1000 will fit any terrain or adventure, and most individual riders. 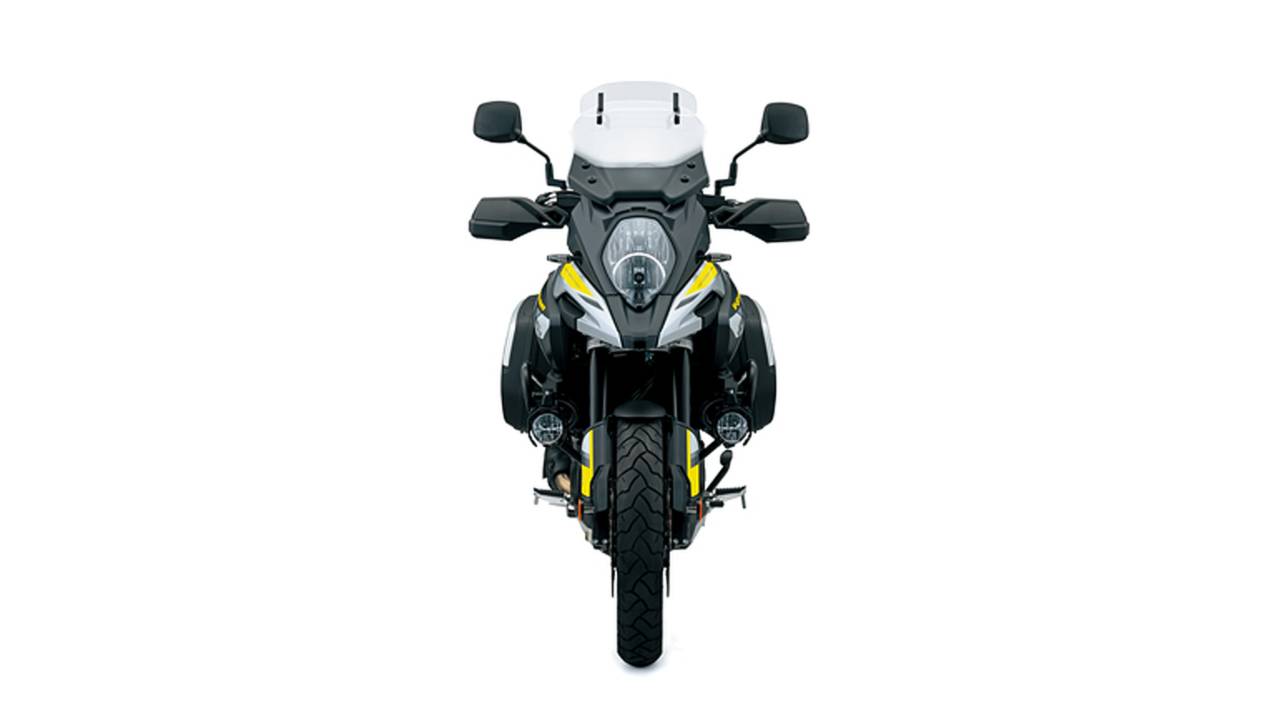 Equipped with wire-spoked wheels, the V-Strom 1000XT has joined the lineup. A feature on the more adventure related styling V-Strom 1000XT is the tapered handlebars, supporting the next level of adventure.