The new and improved 2017 Suzuki GSX-R1000 has broke cover this week. Check out the latest details and images of the new Suzuki flagship superbike.

Hardly seems possible that more than three decades have rolled away since Suzuki introduced the GSX-R, but it’s a true fact. And that they’ve sold more than a million examples. Now they’re out to reclaim the title of top open class sport bike.

“The 6th-generation GSX-R1000 is redefining what it means to be The Top Performer. It embodies the life work and professional ambition of Suzuki engineers who are passionate about the GSX-R1000 and its place in motorcycle history. Men who love riding and racing, enthusiasts determined to restore the GSX-R1000 to its proper title of The King of Sportbikes.”

For 2017 they present “the most powerful, hardest-accelerating, cleanest-running GSX-R ever built. It is also the most compact, the most aerodynamic and the best-handling GSX-R1000, with smoother throttle response and better combustion efficiency. With a supremely effective electronic engine management system that doesn’t require a degree in engineering to understand - and doesn’t need constant adjustment by a squad of computer technicians to work.”

Suzuki contends that a GSX-R is built to run right and be reliable, and is designed to help make everybody a better rider. It’s engineered using the experience gained during 30 Years of Domination in production-based Superbike, Superstock and Endurance races worldwide combined with new proprietary technology developed in the MotoGP World Championship. Both the GSX-R1000 and GSX-R1000R versions come fully equipped for the street, ready for licensing. But take off the mirrors and the license plate and tape the lights and it’s ready for the track. The basic difference with the R-spec is it comes equipped with ABS, Launch Control, Quick-Shift System and Showa Balance Free suspension components.

Suzuki engineers have focused on the fundamentals that make a great sportbike. Those elements can be distilled into three simple, yet powerful words: Run. Turn. Stop. The newest GSX-R1000 is built using the latest state-of-the-art technology to embody those fundamentals into the powerful combination of Acceleration, Cornering and Braking. The new GSX-R1000 continues that tradition, whether set up in relatively stock form for track-day fun or modified for full-on races. These were key elements in the development of the 2017 GSX-R1000. Its mission is to deliver streetbike fun and racetrack potential for every rider. 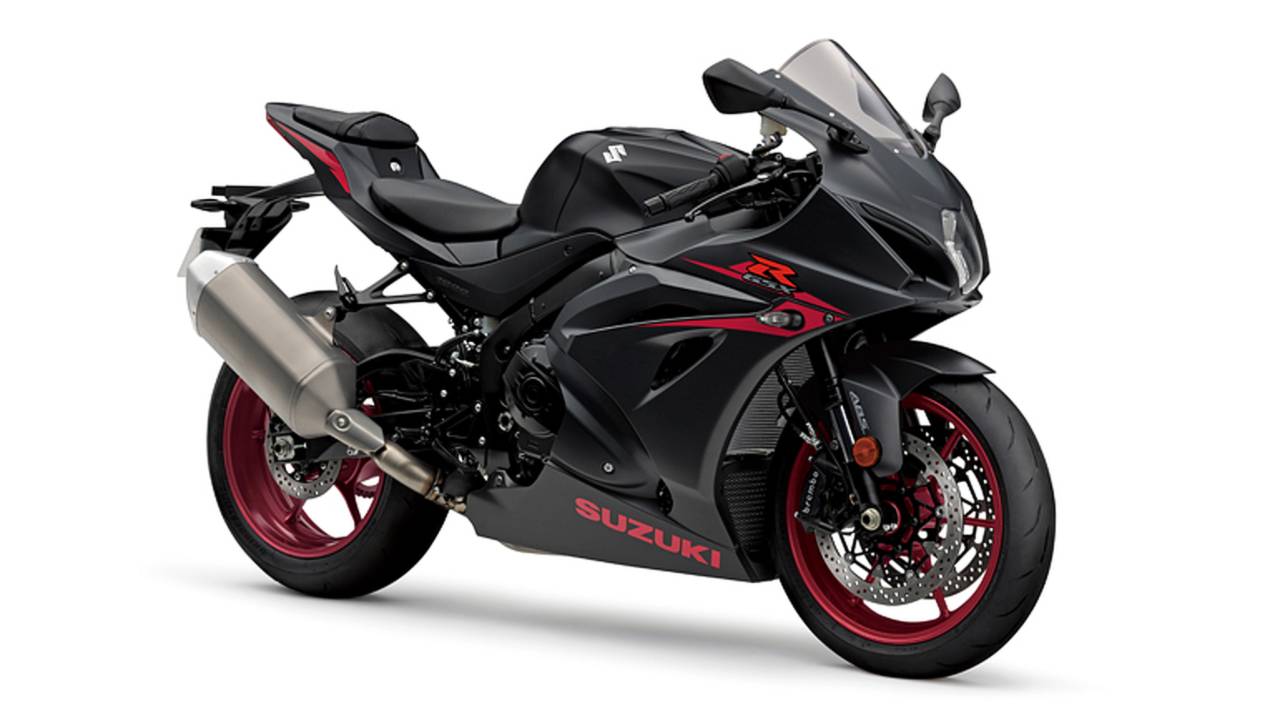 The new engine is claimed to be cranking out 199 horsepower at 1000 rpm lower, 13,200 rpm, while retaining a similar torque output of 86 lb-ft at 10K, rather than 10,300 on the revious design. It reaches the numbers via a host of changes including a larger bore (76.0mm vs 74.5mm) and shorter stroke (55.1mm vs. 57.3mm), combined with higher compression (13.2:1 vs. 12.9:1) and a new finger-follower valve train that replaces the shim under bucket variety. A new variable valve timing system helps improve fuel economy (no claims on that just yet), while ride by wire throtte control replaces the SDTV system. The list of tech upgrades is long so we only hit the highlights.

If this isn't enough to get your juices flowing we have included a link to the official 2017 Suzuki GSX-R1000 info on Suzuki's official website or just watch this video: 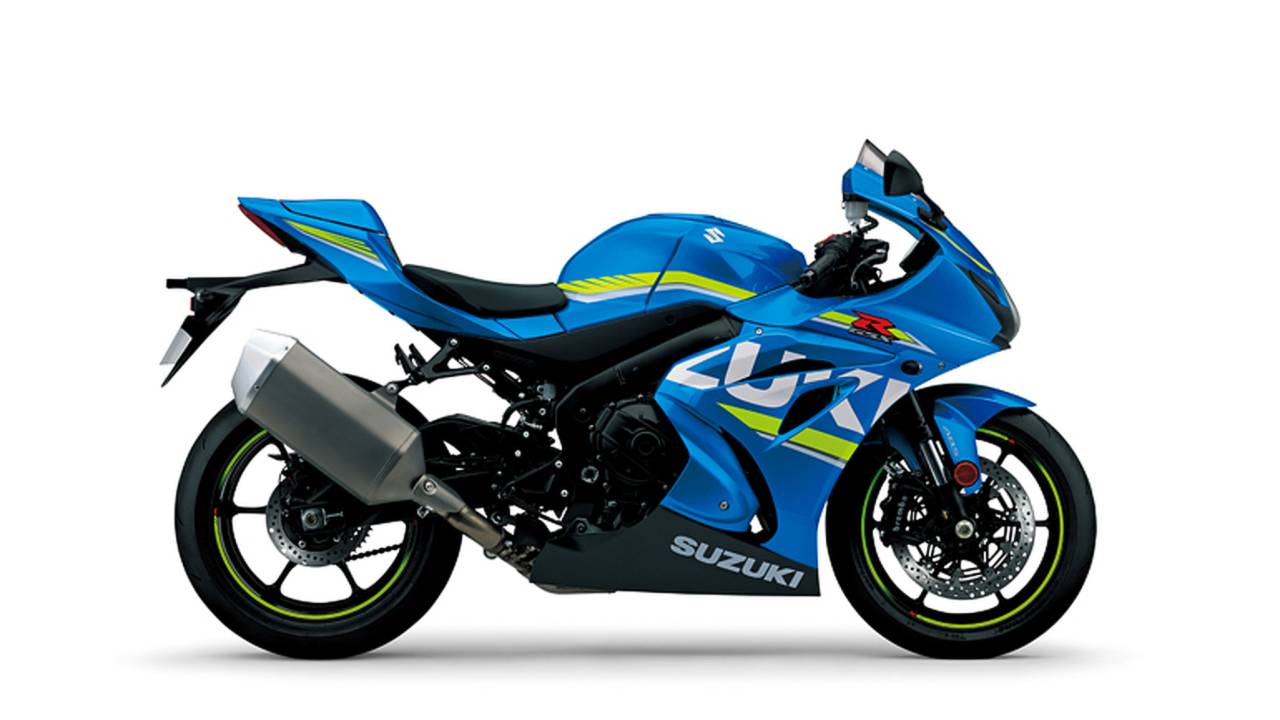 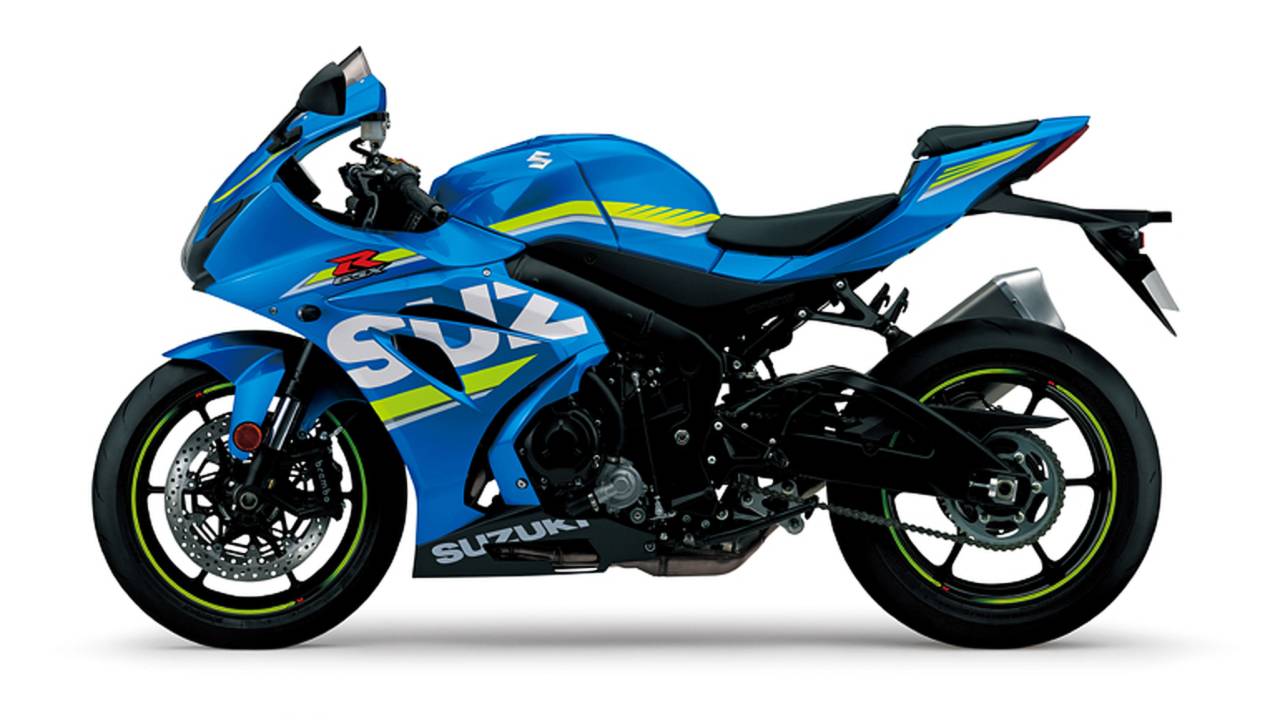 The new GSX-R1000’s advanced electronic management system incorporates feedback from a Continental Inertial Measurement Unit (IMU) which tracks the motion and position of the motorcycle in 6-directions, along 3-axis, Pitch, Roll and Yaw. 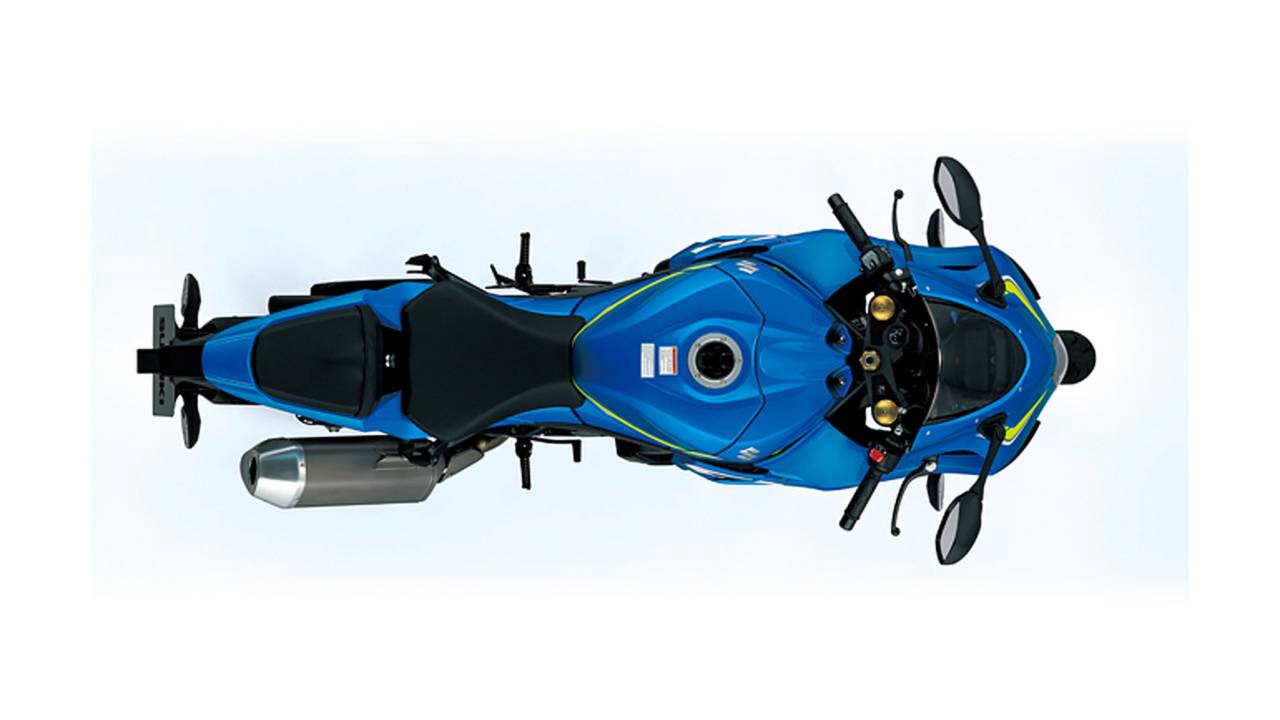 Suzuki’s advanced Motion Track TCS (Traction Control System) allows the rider to select 10 different levels of traction control intervention, depending upon road or racetrack conditions as well as personal preference and experience level. The power mode and level of TCS intervention can be changed while riding, as long as the throttle is closed. 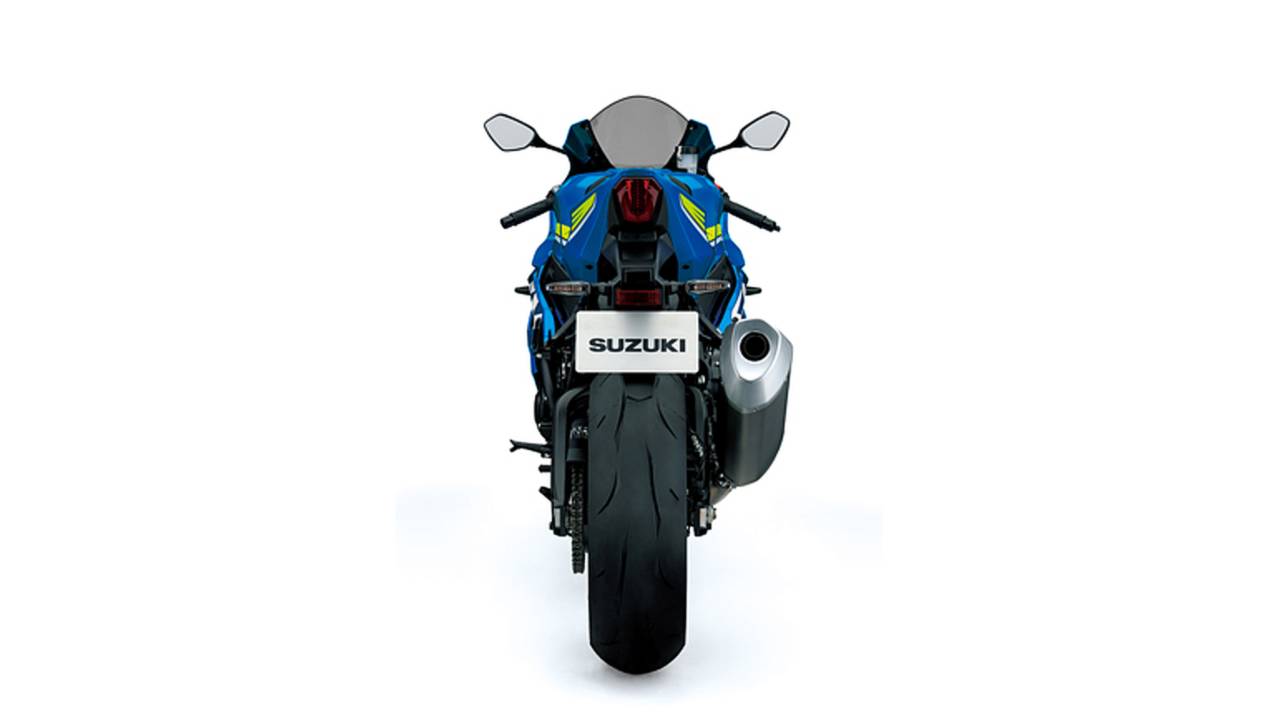 Both GSX-R1000 models feature new LED tail/stop and license lights. Because the LED is very vibration resistant, the rear fender can be lighter and simpler. 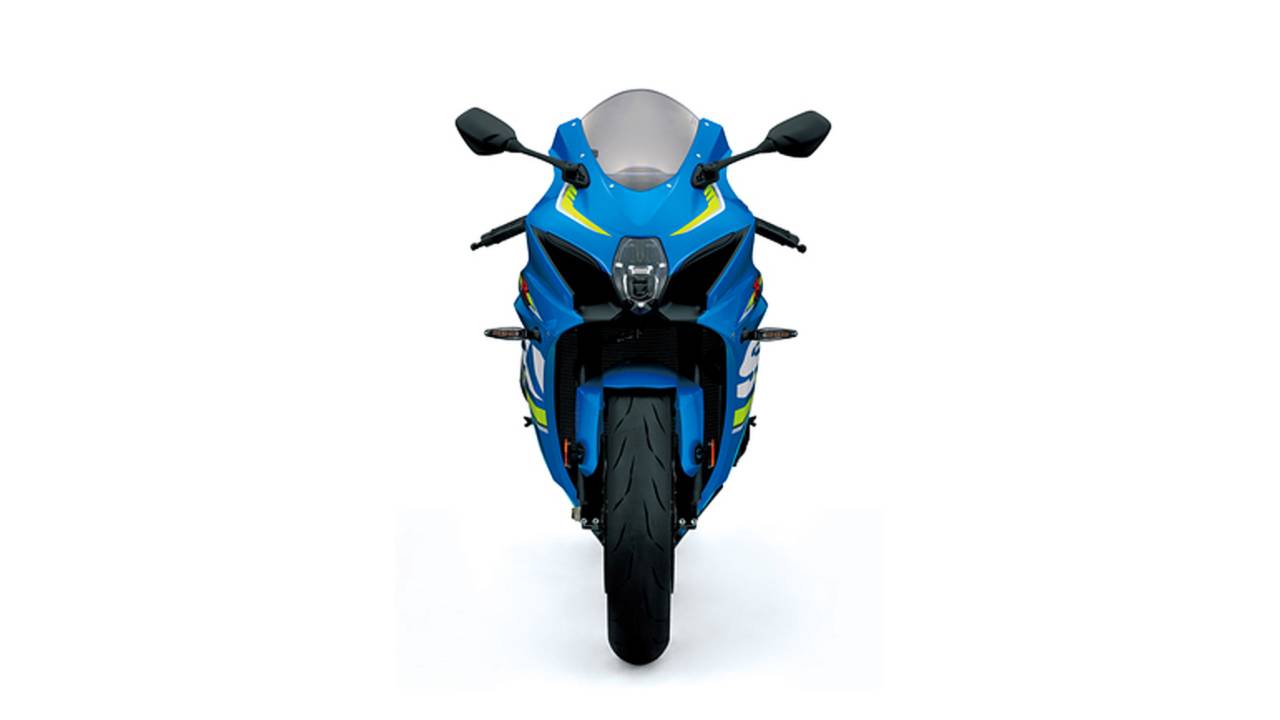 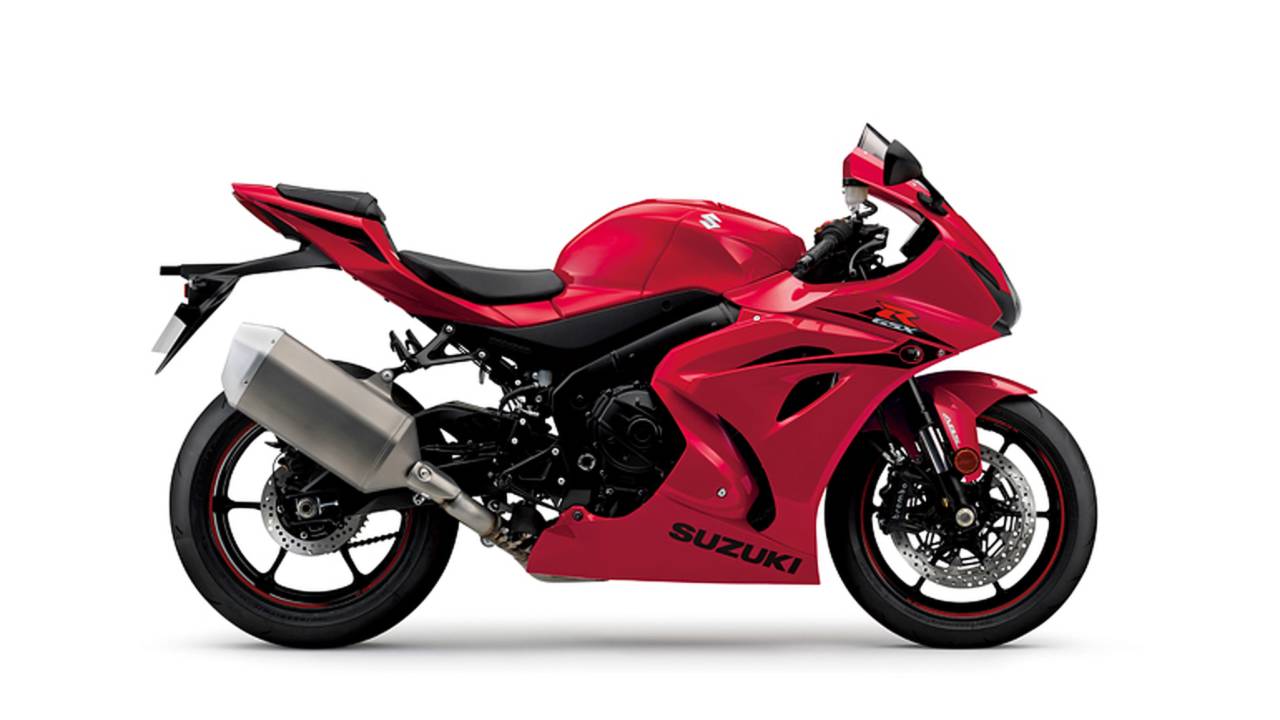 The GSX-R1000R model features the latest Showa BFF (Balance Free Front) forks, which were developed for racing use and have now been adapted to mass production. 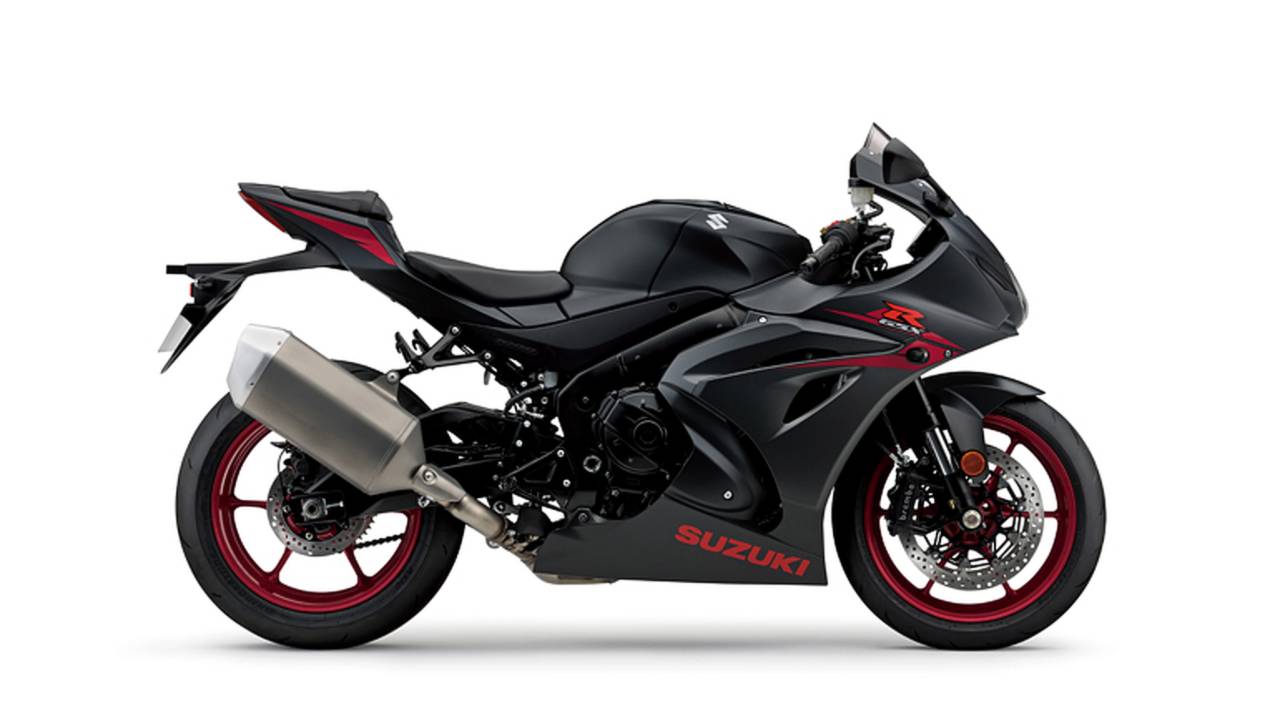 The 2017 GSX-R1000 is fitted with MotoGP-inspired, more aerodynamic bodywork designed to contribute to better overall racetrack performance by increasing handling and top speed on the racetrack.