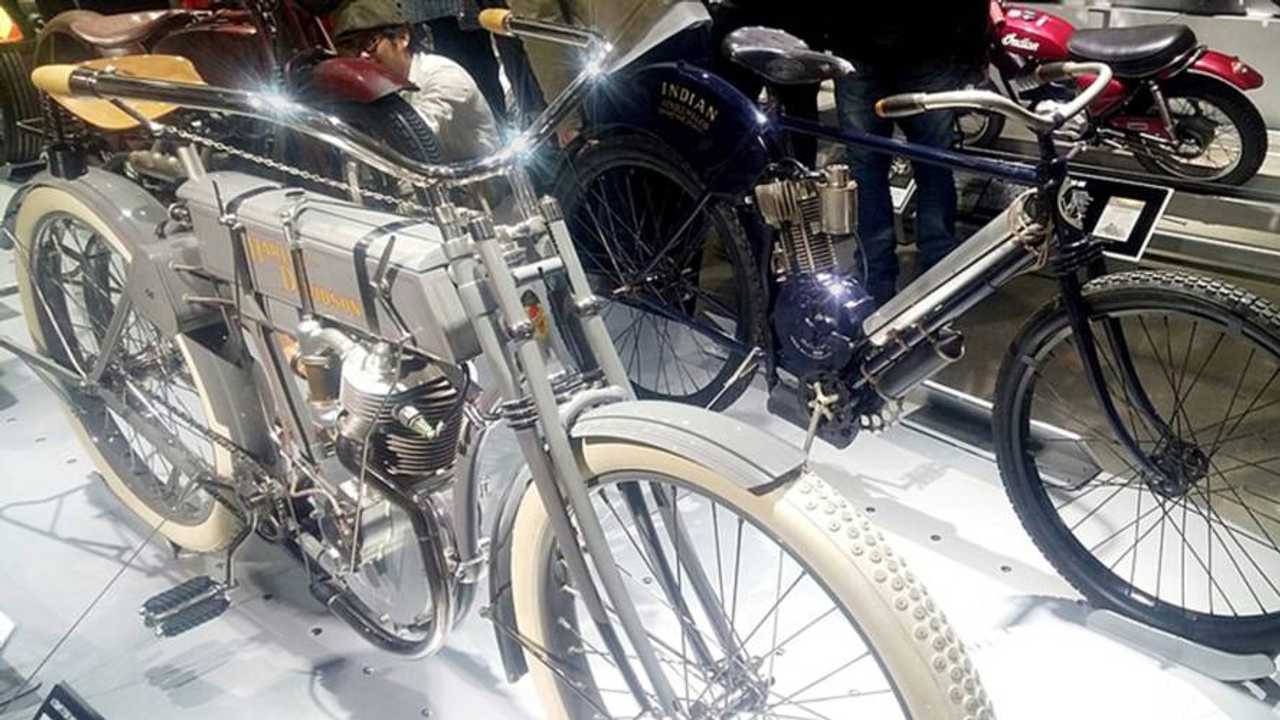 Come on in and check out the grand opening of the Petersen Automotive Museum latest exhibit, Harley vs Indian.

Just last week the newly renovated Petersen Automotive Museum kicked off its Harley-Davidson vs. Indian Exhibit with a big opening night party. Besides catered food from the newly opened Drago restaurant downstairs, a DJ spinning hip tunes, and a viking serving up Einstök Icelandic beer, there was a talk and Q and A session with some experts.

Among the notable motorcycle gurus speaking were Richard Varner of MotoAmerica (a Petersen board member, and sponsor of the motorcycle gallery at the museum), Mark Hoyer of Cycle World, Bruce Meyer a long time collector (and also a board member), and Nevin Pontius of Deus ex Machina. Also spotted in the crowd were J. C Agajanian Jr. of Ascot fame, Michael Lock the CEO of AMA Pro Racing, Go Takamine of Brat Style, and assorted riff-raff from the motorcycle industry.

The bikes were the real stars, including this lovely jazz-age pair, and the real reason most of us were there. It isn't often that you can see such a sampling of the bikes from these two American icons all together and so close you can touch them (please don't touch the bikes, sir). There were early rarities from the motorized bicycle days before the first World War, as well as several of the confused bikes to wear the Indian name after the Second World War.

Some of the coolest displays were the old race bikes, most of which were still in their as-raced condition (yes I know this board tracker is wearing modern dual sport tires). As far as competition bikes go, there were board track racers, flat track bikes, motocross/enduro bikes, and hill climbers, plus a pair of 3/4 midget race cars, one each with Harley-Davidson and Indian V-twin power.

Also there, but just for the opening, were a large number of Super Hooligan flat track bikes from Rolland Sands Designs, and a few others builders. If you hadn't heard about this, it is total amateur flat track racing on modified street bikes (mostly Sportsters and the new Indian Scout), Similar to what Hell on Wheels has done in the past, but on a nationwide scale. This year they are a support class at many of the big AMA flat track events.