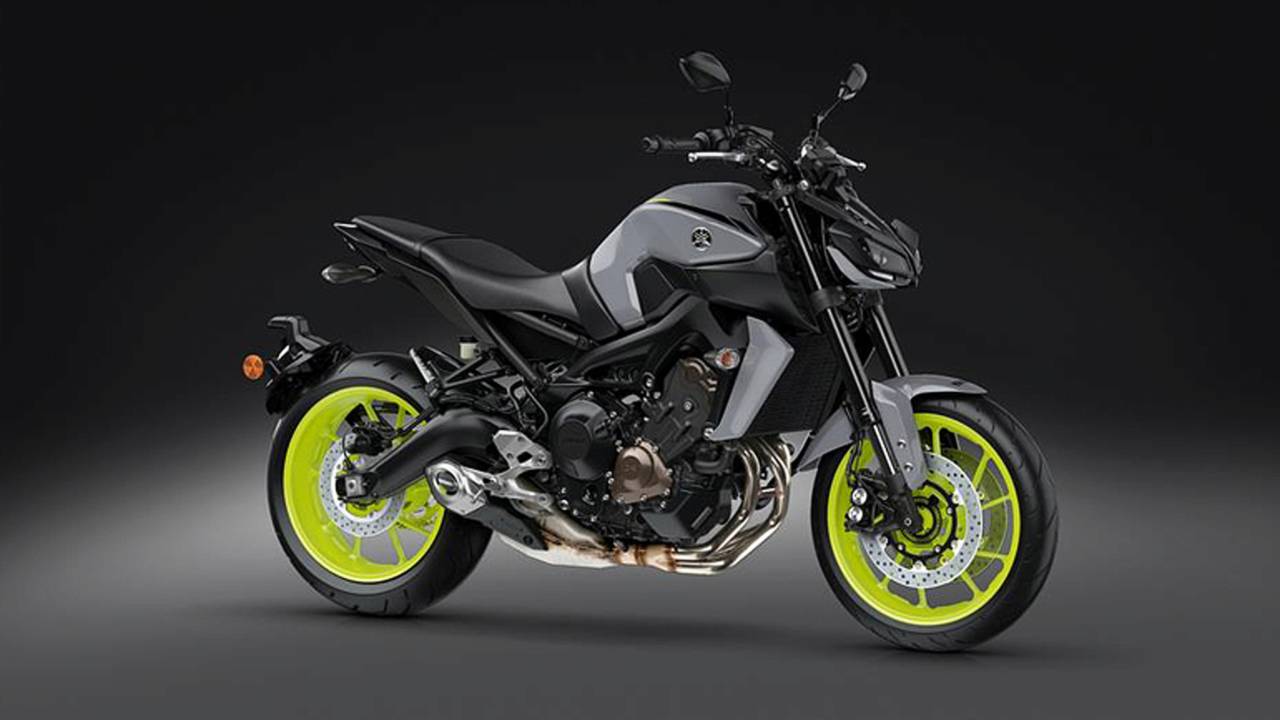 Yamaha will soon take the game up a few notches in both the sportbike and dual-sport categories.

Yamaha's extremely sexy MT-09 is apparently getting a bigger, badder sibling next year – the MT-09 SP.

According to Motorcycle Magazine, the new SP model will reportedly feature enhancements similar to those fitted this year to to the MT-10 SP, along with Ohlins suspension and sportier styling. The engine is expected to remain in the stock configuration of the standard MT-09 847cc triple.

The report offered no details on the suspension upgrades, but speculated that it was unlikely to match the 10 SP’s semi-active Ohlins kit. The 43mm USD fork on the current R6 and R1 base model is a likely possibility, but whatever the final set-up becomes, the SP looks to be a more sharply-honed corner strafer. While sales in the sportbike category have shown a decline recently, Yamaha has obviously taken note of the successes logged by Triumph and KTM.

The price of the MT-09 SP has yet to be announced, but will likely see an increase of 10 to 20 percent over the standard model. The SP will probably first appear in public at the EICMA show in November.

In addition to the MT-09 news, the report stated that the long-rumored and teased-in-prototype Yamaha MT-07 Tenere, based on the T7 concept first show last year, will be unveiled in September.

The new adventure model is powered by the 689cc parallel twin from the FZ-07 road model, and sports an alloy tank, Akrapovic exhaust system and KYB fork. The replacement for the XT600Z Tenere has been developed by a group of European design and testing teams, with a production goal of offering a stout, reliable on/off-road machine at a reasonable price point. Look for more news and details on the MT-07 Tenere in the next few weeks.

Given the popularity of Honda's new Africa Twin, speculation has begun on the possibility of similar middleweight dual-sporties from both the Big Red and Kawasaki. Perhaps even a genuine off-road SV 650 from Suzuki? Hmmm...