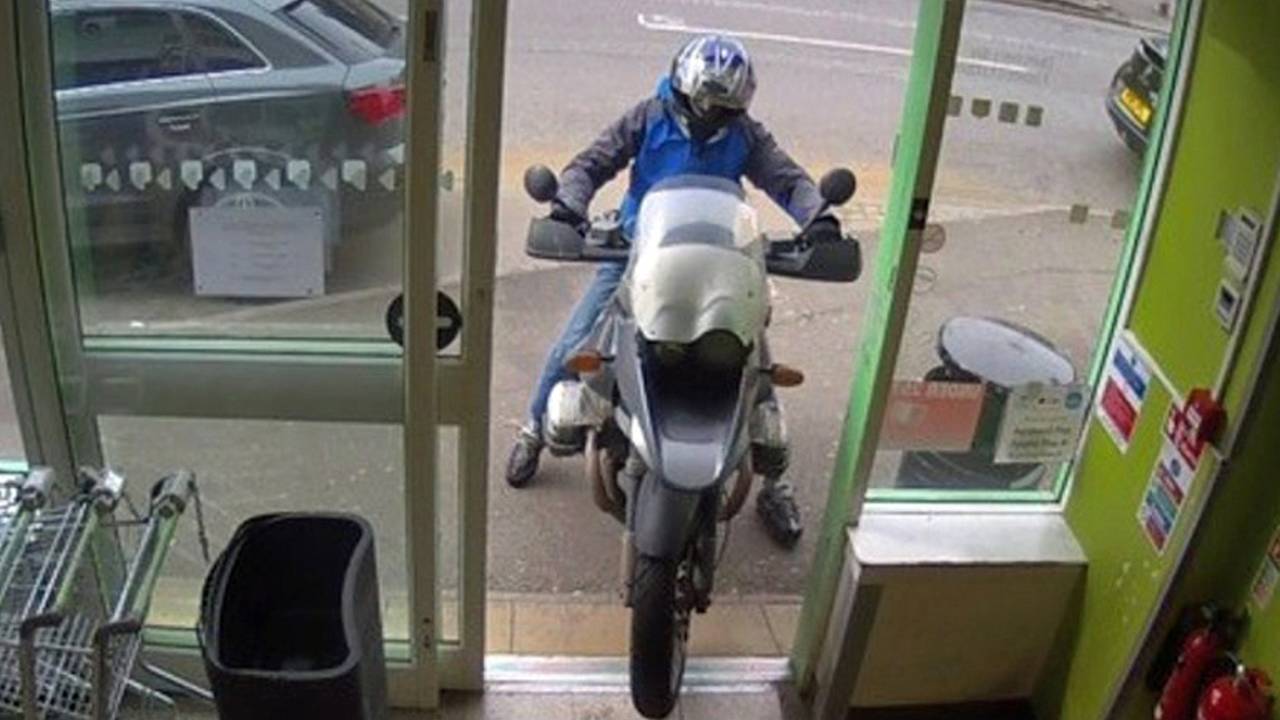 Motorcycle-riding Thief fails in his attempt to rob a shop in Duston, Northamptonshire. Was he using the BMW for intimidation? That's funny stuff.

A story on England’s itv.com shows a motorcycle-riding thief attempting to rob a Co-op store in Duston, Northamptonshire, on April 27 at 10:20 a.m.

Aboard a silver BMW GS, the man attempted to enter the shop by riding through the front door. How he would have gotten out remains a matter of speculation. There was no apparent shortage of parking space in front of the business. An employee blocked the doorway and prevented the rider’s entry. According to the report, “He threatened the shop worker and demanded money, however this was refused and he drove off.”

The potential thief was described as a white male, very slim, wearing a blue tracksuit, jeans and sneakers. “He also wore motorcycle gloves and a black, blue and white helmet. Police want to hear from any witnesses.”

Given the specifics of the description, of both the rider and the motorcycle, the chances of his apprehension are probably considerably better than slim to none.