RideApart counts down its top five crash photos so far in 2018 and discuss why crashing is an integral part of racing.

With the season barley underway we take a look at photographs of the myriad of high-speed lowsides, death defying highsides, and violent collisions we’ve seen thus far in 2018

Crashing is a frequent and accepted part of racing, and with the number of crashes increasing every season—with 2016 being the first time more than 1,000 wrecks occurred (across all three classes)—it kinda has to be. Last season had a total of 1,126 crashes, equating to more than 60 per race weekend. Last year also saw five riders crash more than 20 times each, with one particularly resilient racer going down a record-setting 31 times, and another rider who in addition to crashing 27 times and not once getting injured, also won the premier class world championship. Crashing and continuing to race was feat that would have been unthinkable in prior decades—28 riders died at grand prix events in the 1950s, 25 in the ‘60s, 24 in the ‘70s, 14 in the ‘80s, 2 in the ’90s, and only 1 in the 2000’s.

More than ever before, crashing is an expected outcome of pushing limits for competitive results on the track. After the final day of preseason testing in Qatar, premier class rookie and Marc VDS Honda rider, Franco Morbidelli, told media, “I understood that with the bike, if you want to understand the limit, you have to crash. You have to push and try to reach the limit and it's really easy to crash when you’re trying to find the limit. But Marc is teaching us. He told us that crashing is the way. If you want to learn quickly, you have to push a lot.” Even though the bikes have become faster and more and more powerful over the years, the number of injuries and fatalities have significantly declined thanks to the advancements in modern rider safety gear and increasingly well-calculated track safety measures. While I assume that most race fans, like myself, would rather see a rider go wheel-to-wheel with a competitor than see that rider crash, there is an undeniably captivating quality to a good highside, rider-to-rider collision, or high-speed lowside, so with that in mind let’s take a look at our pick for the top five crash photos so far in what—based on statistics from previous years would heavily suggest—will be a season with a record-setting number of crashes.

WHAT TO EXPECT IN 2018: Analyzing MotoGP testing

1) In this photo we see Monster Yamaha Tech 3 rider Johann Zarco in the midst of a fast-paced lowside on March 17, 2018 during Saturday’s practice session at the Losail International Circuit in Qatar. 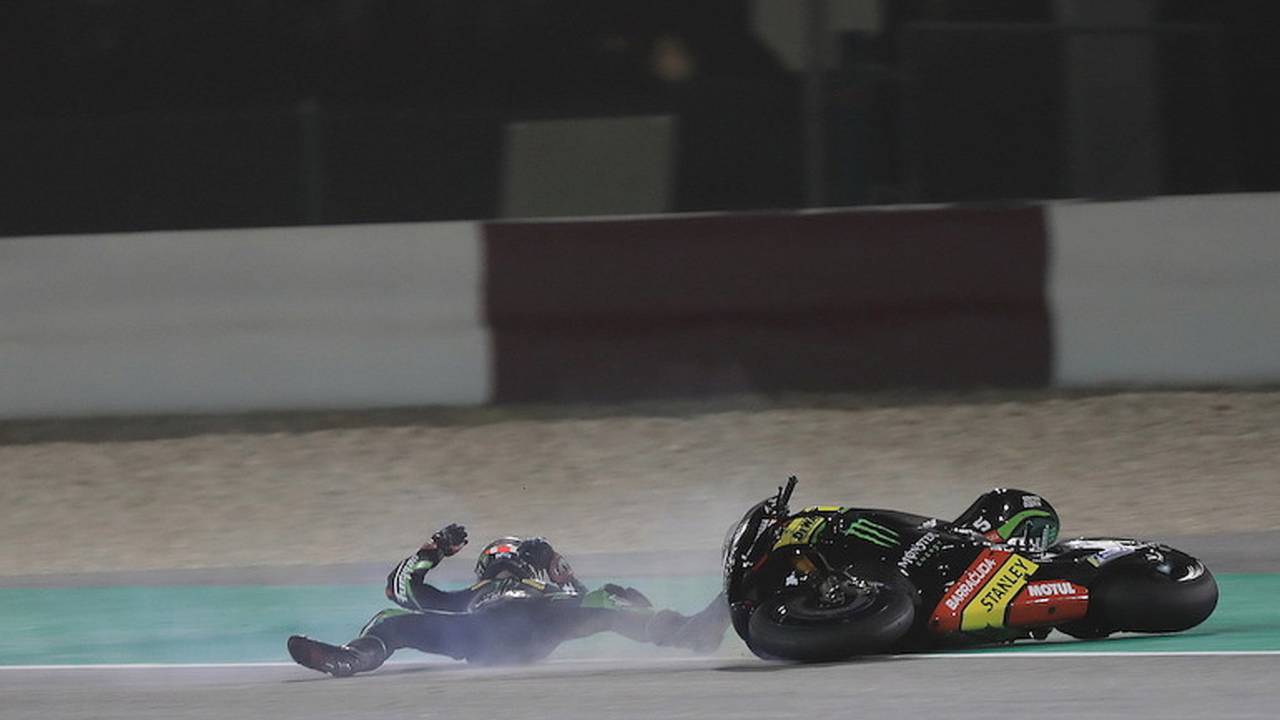 Zarco meeting the tarmac during testing at Qatar

2) Next we have a shot of Eugene Laverty taking a tumble after falling off his Team Milwaukee Aprilia during the Sunday WSBK race at Phillip Island on February 25, 2018. 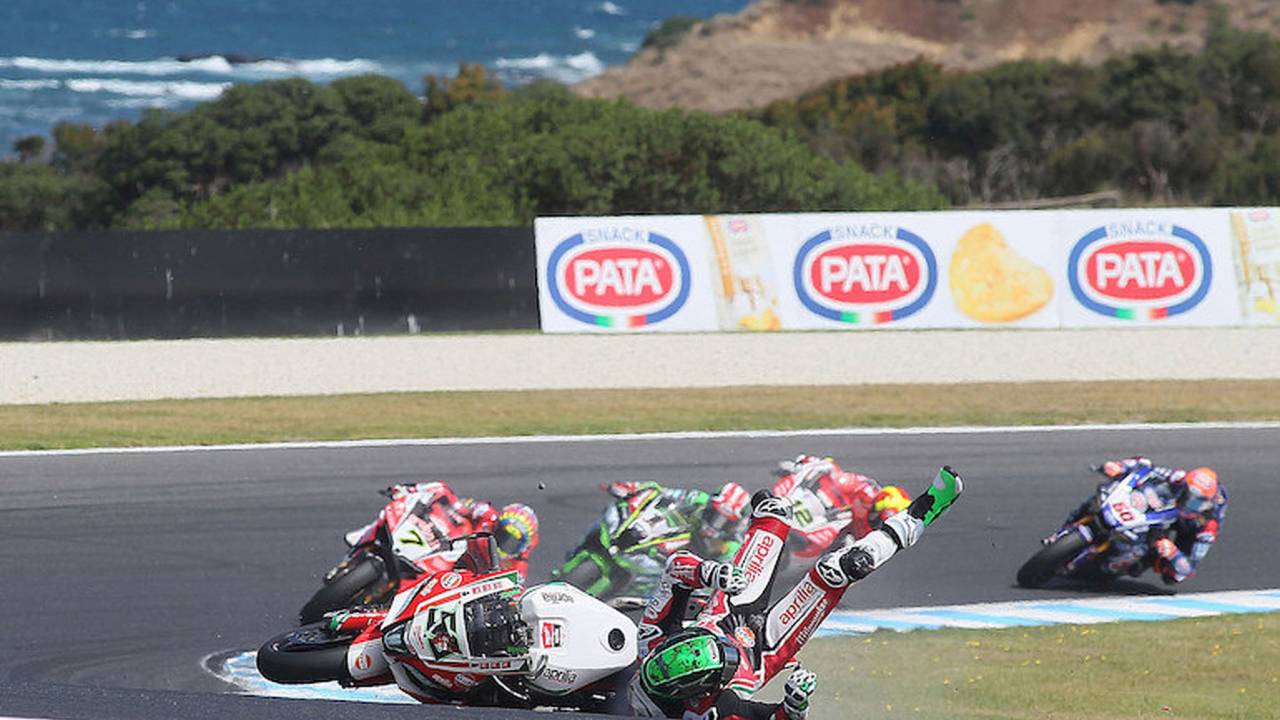 3) Our third photo shows Jonathan Rea just before separating from his Kawasaki during testing at Jerez on January 23, 2018. 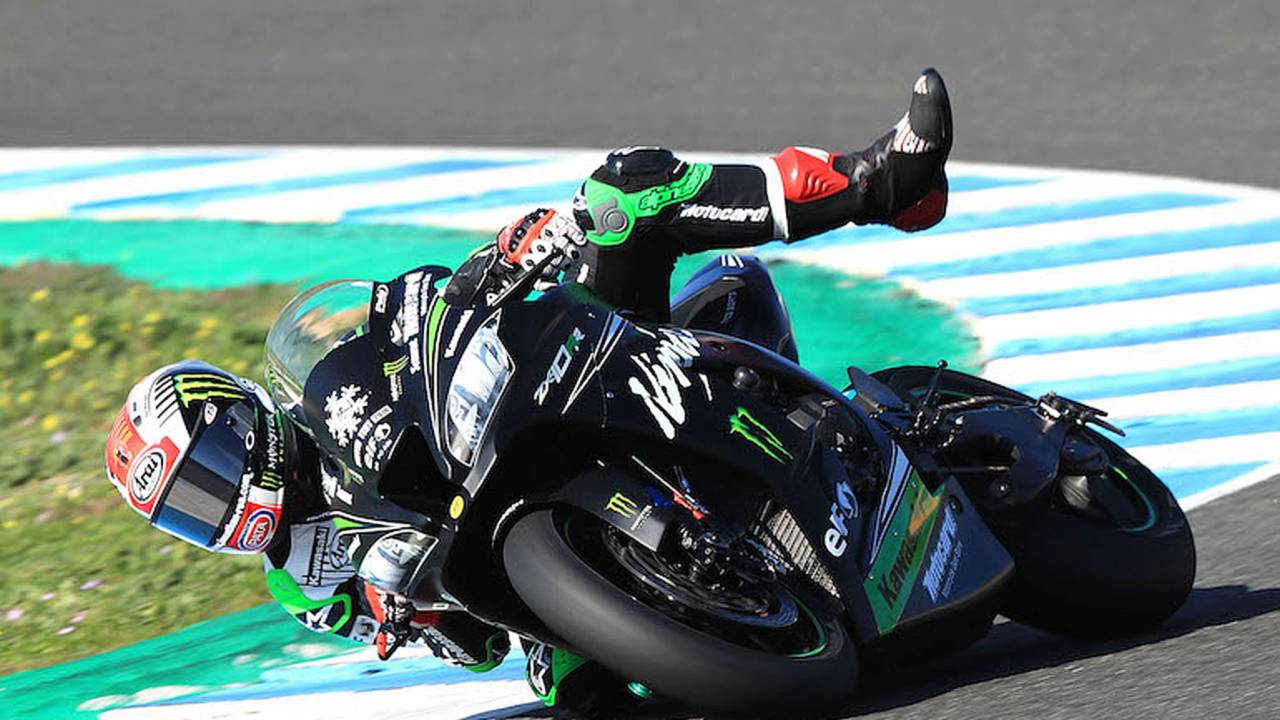 Rea just before detaching from his ZX-10RR

HOW TO SPEND YOUR SUNDAYS: 10 reasons to watch MotoGP in 2018

4) The fourth photo is a little different, but it is nonetheless a motorcycle crash photo from a 2018 race, only this time it captures Sam Sunderland after crashing his Red Bull KTM Factory Racing mount during stage 4 (San Juan de Marcona) on January 9 of this year’s Dakar Rally.

5) The final photo is of Cal Crutchlow sliding on his shoulder behind his LCR Honda after a crash during testing on February 16, 2018 at the Chang International Circuit. 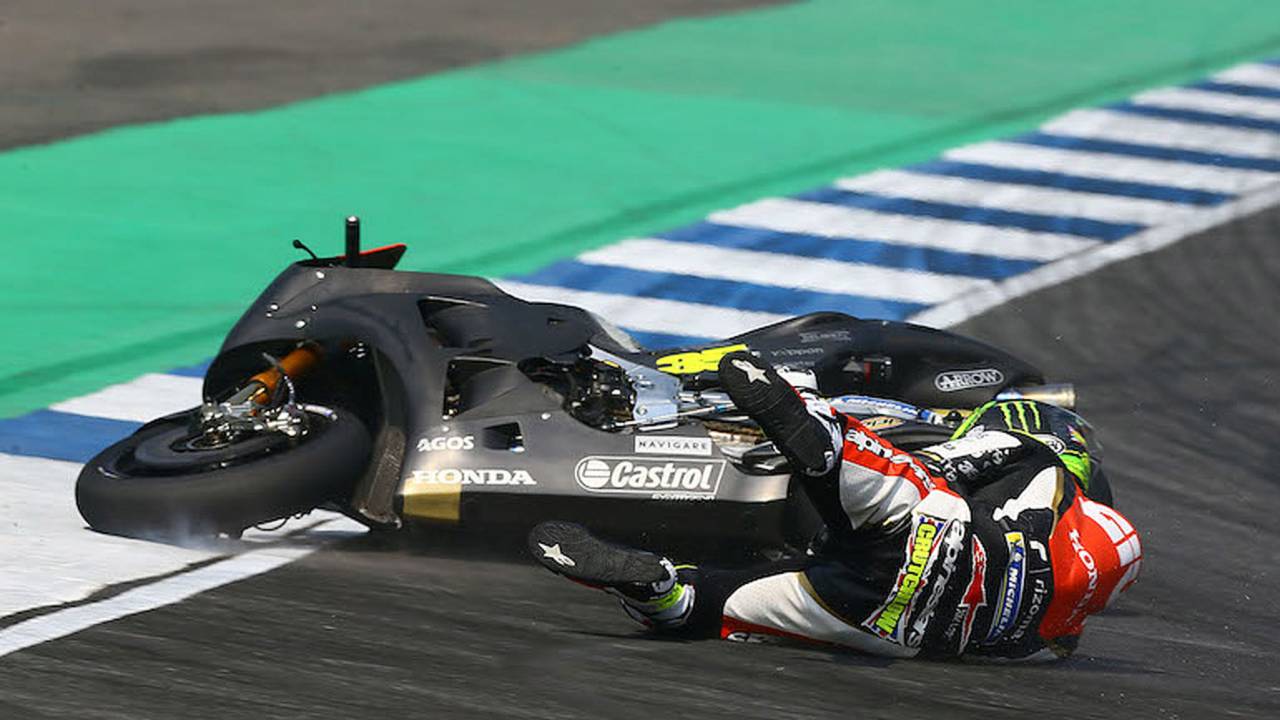 These perfectly timed photos come courtesy of our sister site's dedicated racing coverage over on Motorsport.com