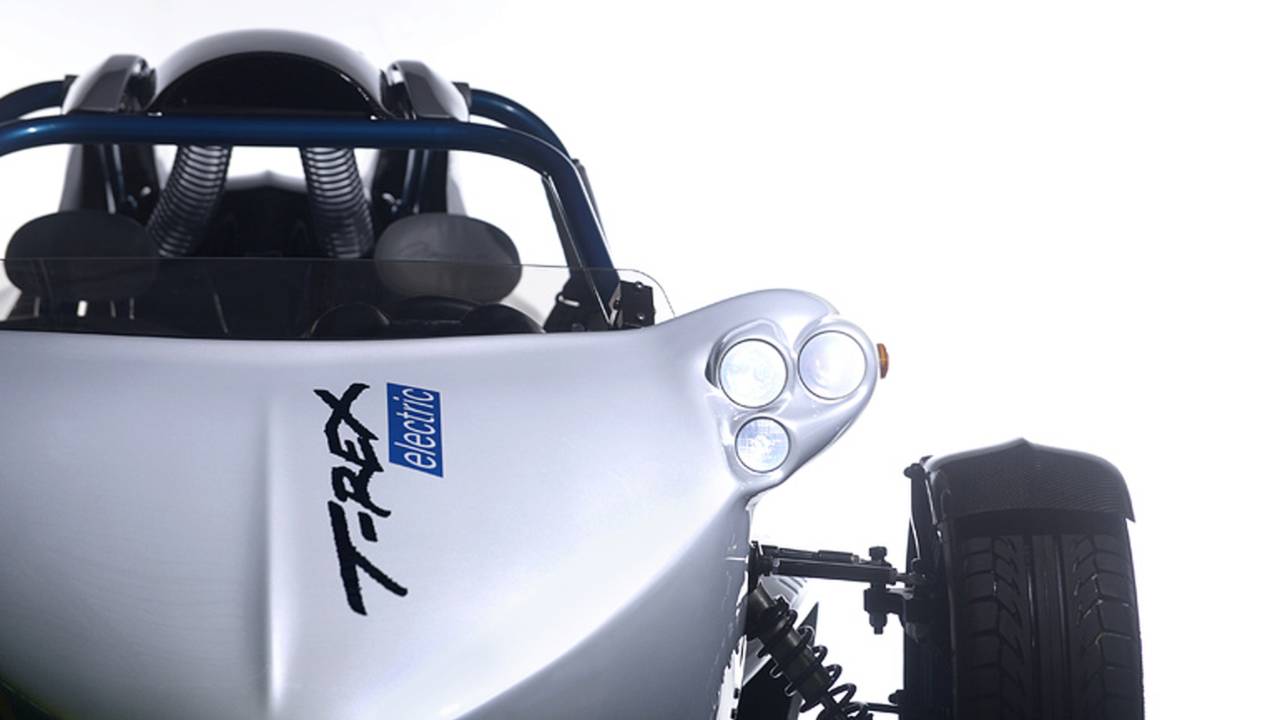 Pictures of the all-electric Campagna T-Rex have surfaced, and they're pretty impressive.

We wrote about the forthcoming all-electric Campagna T-Rex here a couple weeks ago. The prototype was finally unveiled at the Montreal Electric Vehicle Show on the weekend of April 20. Campagna was kind enough to share some photos of the slick new T-Rex with us, so we figured we'd pass them on to you.

It looks fantastic in blue and white.

A close-up of the rear swingarm, suspension, and powerplant.

For nearly 30 years now, Canada's Campagna Motors has made the totally bonkers T-Rex for the discerning autocycle aficionado. Currently powered by the inline six out of BMW's K1600, the luxury three-wheeler puts down a respectable amount of power in a small, relatively lightweight package. Now it seems that Campagna has decided to join the electric vehicle revolution by partnering with Zero Motorcycles to produce an all-electric T-Rex.

“Thanks to the hard work of our dedicated team and partners, the T-REX has become the benchmark for three-wheeled performance,” said Campagna Motors President André Morissette in a recent press release. “Our collaboration with Zero Motorcycles brings a whole new level of innovation and originality to this already exhilarating platform.”

So far the electric T-Rex is in the planning stages as both companies figure out how to stuff a Zero powertrain into the T-Rex's existing chassis without compromising the performance or reliability of either. For Zero's part, the company sounds pretty stoked to be associated with this project.

“We’re excited that Campagna selected our industry-leading powertrain technology to develop their electric T-REX,” said Zero Motorcycles Director of Business Development Jim Callahan, “Zero’s electric powertrain is an ideal solution for the ultimate three-wheeled experience. This vehicle is an absolute thrill to drive.”

We'll keep our eyes peeled for any more info on the upcoming electric T-Rex, and when we find out more you'll be the first to know.