How To Deal With Police, According To A Cop

Most of us have had an occasional roadside chat with a member of the law enforcement community regarding some aspect of our motor vehicle operation that displeased them. Even the most well behaved of us sometimes make mistakes or have lapses in judgment. Craig Hanesworth has some thoughts on this matter from a unique perspective, that of a 28-year veteran of the New York State Police.

The video is nearly half an hour long, but it is well worth watching all the way through if you have the time since he makes some excellent points. He covers not only how fast you can get away with going and what to do and not do during a traffic stop, but also what to do if you get a ticket and whether radar detectors do any good or not.

What Ya Gonna Do When They Come For You: 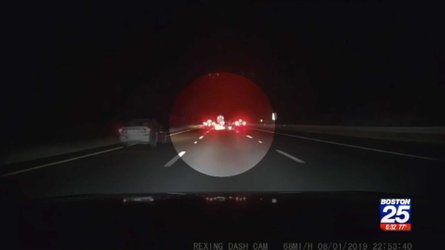 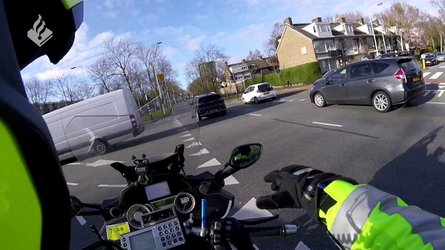 How Fast Can You Get Away With Speeding?

This is the most common question Hanesworth gets asked. It may sound cheeseball, but the fastest speed you can definitely get away with going is the speed limit. Sure, most cops won't stop you for going a few miles over, but they could. It's entirely up to the officer's discretion how fast is too fast, and that varies from person to person. In Hanesworth's experience, no one he's worked with will stop you for five over. But again, that's not a guarantee.

According to Hanesworth, no. They don't care what you're riding or driving. All they care about is whether you're breaking the law or not. We know that's not one hundred percent true. The Senate has passed a resolution to ban police profiling of motorcycles. That wouldn't have been necessary if it wasn't happening at all.

Again, according to Hanesworth, no. Laser, and radar operated in instant-on mode, doesn't set off the detector until you've already been hit and your speed recorded. Additionally, officers are trained to determine your speed simply by watching you. The radar or laser serves only to validate their observations.

While I don't dispute anything Hanesworth says, I also believe there's more to it than that. I run a radar detector in my car, and in the real world, I often see police who just leave their radar on all the time, meaning that I get plenty of warning that I am approaching a cop. That said, I don't typically drive or ride in a manner that attracts their attention, with or without a detector.

No. It can be tempting. Motorcycles are faster than whatever the cops are driving. Remember what Elwood Blues said, though. "You can't outrun a Motorola." That goes for a helicopter, too. Hanesworth also observes that most of the time people run from the cops are for relatively minor infractions—no insurance, expired registration, suspended license, etc. None of these are worth serious injury or dying over, which does happen when you run from the police.

How Do I Catch A Break?

Everyone wants a break. Surprisingly to some, cops often want to give you one. In most cases, officers don't decide whether you're getting a ticket or a warning until they talk to you. There are ways to increase your chances of getting a warning. If you know you're speeding when they pull out behind you, just pull over, even before they turn their lights on. Worst case, they'll appreciate you being easy to catch. Best case, they'll just drive on by because they weren't actually coming after you. Turn your bike off and put down the kickstand as clear indications that you do not intend to run. Leave your hands on the handlebars where they can see them so they know you are not a threat. Ask if they would like you to remove your helmet or not. The answer will depend on the officer in question. Some like to see your face and your eyes, while others would rather you leave it on. Build a good rapport with the officer. One time I got stopped, the officer and I ended up spending more time talking about amateur radio because of my callsign on my license plate than about my alleged traffic infraction. I got a verbal warning. Most of all, be honest. Cops know when you're lying to them, and they don't appreciate it. Even if you do get a ticket, a pleasant

How Do I Guarantee A Ticket?

What Do I Do If I Get A Ticket?

Even if you follow this advice, you might still get a ticket. Sometimes it will be a speeding ticket for a slower speed than you were actually going. Sometimes it will be for a different infraction entirely, like a dirty license plate or even for blocking traffic (this actually happened to a friend of mine). Even so, this former state trooper still recommends always pleading not guilty and fighting the ticket, even if you know you're in the wrong. You may not get the ticket thrown out, but your hearing is a second chance to get a reduced penalty, particularly if you have an otherwise good driving record. The worst-case scenario is that the original ticket and fine stand, which is what you would've had in the first place if you'd simply paid it.