8 Ways To Stay Under The Radar 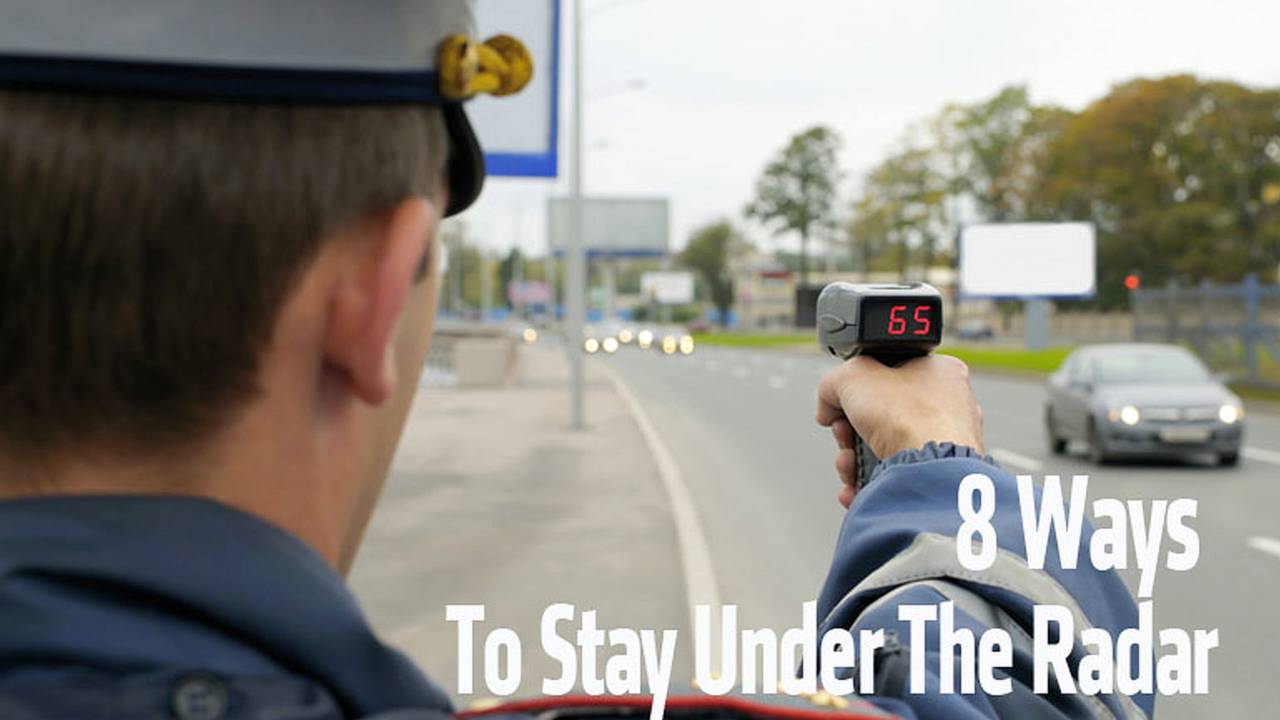 Here are 8 ways to stay under the radar to avoid a ticket when riding a motorcycle.

My dad didn’t ride but man, could he drive. Vern was a car salesman, and was constantly bringing home the latest Chevy (he wouldn’t sell anything else) as a demo: Caprice, El Camino, Monte Carlo, whatever. My personal fave was a ‘1978 Silver Anniversary Corvette L82. But even behind the wheel of that sweet, sleek rocket, Vern never once got a speeding ticket - crazy, because he was constantly pushing the limit. Like, always.

Once, when I was old enough to drive, I wrangled the nerve to ask him how he managed it. He smiled without making eye contact, and pointed to a Mustang barreling past us in the fast lane. “See that? Don’t be that guy,” he said. I wondered for a quiet moment if he was reiterating that I should never drive a Ford - which of course I knew - until he spoke up again. “Never, ever be the fastest guy on the road. Cops will nail you every time.” And damn, if we didn’t see that Mustang parked on the shoulder a mile or two up the road, its driver grumbling as an officer scribbled out a ticket.

“Never be the fastest guy on the road.” As fatherly advice goes, that’s pretty solid. For more tips on how to avoid a speeding ticket, keep reading.

I mentioned this tactic in a recent item about staying alert on long rides, and a version of it is effective in staying (literally) under the radar. Pick a vehicle that’s moving as fast or slightly faster than you’d like to be, and perch yourself behind it. Let that vehicle be the “rabbit” and attract a cop’s attention first.

#2 Stay Within A Pack

Even better than finding a solo vehicle to pace you, nestling yourself within a group of vehicles that’s traveling at about the same pace you’d like to ride is a perfect way to avoid drawing attention to yourself. If you’re in the front, you’ll be the target; if you’re in back, you’ll be the first guy the chasing officer pulls up behind. The middle is the sweet spot.

It’s obvious, but if a vehicle ahead of you suddenly hits the brakes, there’s a reason - whether it is an object in the road or the realization of a missed turn. Most likely, though, the driver has spotted a traffic cop or something’s pinged his radar detector. In any case, you want to be well behind that guy.

If you must go faster than normal, don’t be aggressive. Avoid passing on the right; don’t make quick or sudden lane changes; avoid bursts of extreme speed; don’t tailgate. Even if you don’t draw the attention of Johnny Law, you risk ticking off someone with a cell phone who can give the Highway Patrol a description of your bike and perhaps even your license plate number.

#5 “Stay Right Except To Pass”

On many highways, there are turnouts in the median where cops love to hang out, often near overpasses. Usually, you can see these in plenty of time to throttle back a little bit. And on the interstate, keep your speed dialed back near rest areas. Cops need bathroom/coffee breaks, too, and often lurk near re-entry ramps to finish their coffee and donuts.

Next time you cruise down Main Street, USA, remember this: Small towns don’t earn much revenue, so when some slick city boys come barreling through town on their noisy bikes, Buford T. Justice is not about to let that cash cow speed through his hometown with grabbing a handful. By all means, stop for lunch - but if you’re just passing through, stay under the speed limit.

Never, ever speed on Friday and Saturday nights. Drunk driving patrols are heavier, and cops are more inclined to pull you over for the slightest offense in order to check for signs of alcohol. Don't give them a reason. There is also a higher change you’ll encounter a drunk driver. So, get where you are going, but be safe in your execution.

Mind these tips and you will likely stay under the radar. What other tips can you share?

HFL: Cop Rear-Ends Me and I’m At Fault?