How To Stay Awake And Alert During Long Motorcycle Trips

While traveling outside of the U.S. is limited at the moment, we thankfully have 3.8M square miles of land to explore without requiring a passport. The other good news is that this is the perfect occasion to take a motorcycle trip somewhere you haven’t been yet, as riding is one of the best ways to travel away from the crowds.

Compared to a car road trip, traveling by motorcycle puts you in the middle of the action. You see the sights, you smell the smells, you hear the sounds—there’s no cockpit sheltering (and isolating) you from the environment. Part of the thrill is actually being on the road; however, long rides can also be tiring, especially when you spend hours on end in the saddle. How do you shake things up a little bit when you start losing attention or worse when you’re getting sleepy? 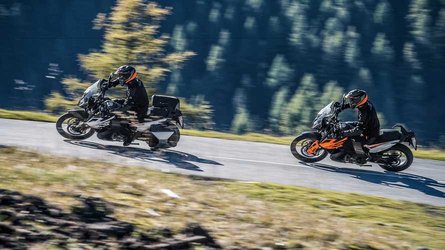 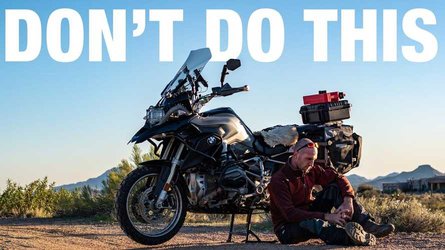 After all, we all hit that wall at some point in our day, especially after lunch when the body is busier digesting than focusing on the tasks at hand. The most obvious answer to the “how-to” question is “take a break” and, if possible, throw a power nap in there for good measure. According to NASA, even just a 26-minute doze is enough to significantly restore your alertness and energy levels.

When traveling by motorcycle, however, finding a remotely comfortable and quiet spot to nap can be a challenge. On top of that, if you’re on a time crunch or you want to make it to your destination ASAP (for instance, when the weather is miserable), every break creates a dent in your tight schedule. What are the other options to limit the number of breaks? Here are a few more suggestions of things you can do. What are your tips for staying alert in the saddle?

After the break (which might or might not involve some form of caffeine intake), simply opening your visor to let the 60mph wind shake you up is the second most obvious course of action against a loss of alertness. It’s not foolproof and if you’re reached the stage of drowsiness, it might be a bit too late.

However, if you feel yourself slipping into split-second, semi-conscious states, then flip that visor up—that’ll get your attention!

There’s a possibility that you’re getting sleepy because you’re dehydrated—especially if you’re riding in full gear in the summer heat. Sleepiness is one of the many symptoms of dehydration which is something you should keep in mind.

Fair, I’m aware that motorcycles (normally) don’t have cup holders for a reason—drinking while riding with a helmet on while doing speeds of up to 70 mph, unless you have a hydration pack, is a bit of a feat. Of course, you'll need to stop and have a sip or two or take a pee break along the way—but those are much shorter pit stops than taking a nap.

All hail hydra! Hydration packs like this one allow you to skip the drink stops and go directly to the pee breaks.

The good news is that you can also “pre-hydrate”. According to FortNine, this is a technique used by firefighters (and athletes, according to my research) that involves drinking 3 mL of water per pound of bodyweight four hours before the ride.

Drinking when you’re already thirsty is like putting a Band-Aid on a gaping wound. You apparently can’t drink water fast enough to make up for the quantity you lose. The solution, get a head start on your hydration.

Granted, for some people, early mornings are the worst possible time to travel, and the energy required to drag themselves out of bed might outweigh the advantages.

That being said, starting earlier better aligns your ride with your circadian rhythm (your body's internal clock). Even though getting up was a chore verging on torture, making the ride your first task of the day makes you more alert now than you’d be late at night. It also means that your day doesn’t end so late as to drag on past darkness, at a time when your brain naturally wants to shut down. 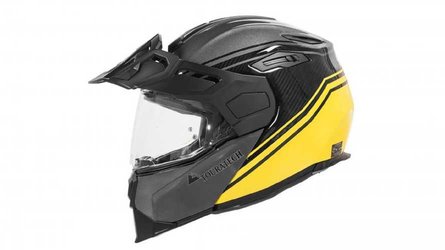 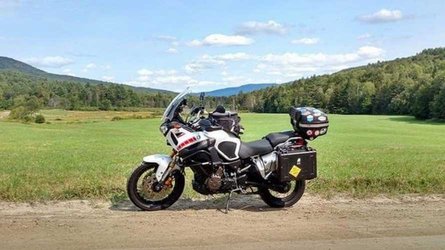 Your ability to perform a few stretches will depend on the type of motorcycle you’re on but pretty much any touring, sport-touring or adventure-touring model will allow you to cycle through this Richard Simmons-worthy routine.

These are the kind of motions that are easy to go through, especially while you’re cruising on a long, straight, and boring stretch of road.

I’m not here to tell you what and what not to eat but specialists do recommend that you avoid loading up on high-sugar and carbs snacks. Those Swedish berries and chocolate bars look like easy on-the-go snacks but they will cause your sugar levels to spike before crashing down, causing your energy levels to drop as well. Bottom line, you’ll find yourself in the same place you started—or even worst off—sooner than you think.

Certain fruits, veggies, and nuts contain don’t contain as much sugar and even contain slow-release carbs which avoid that spike-and-crash effect.

Having a bit of easy-to-listen-to music in your ears can help with alertness. Not everyone might agree with this one, especially if you’re the type to listen to music at maximum volume, you might want to skip this step. Music can help keep your level of alertness high—as long as you keep the volume low enough to be able to hear what’s happening around you.

Opt for earplugs that allow you to hear a bit of noise and don't block sound out completely.

The same goes for earplugs if you’re not the music type. Don’t choose earplugs that completely block out ambient noise—the extreme quietness can contribute to making you drowsy. Choose a specialized type of earplug that lets a certain level of noise through without damaging your ears.