Let the voice of experience help you avoid these pitfalls.

Motorcycle road trips are awesome. For me, they've been some of the most enjoyable adventures of my life, and the bigger, the better. As with anything, there's a learning curve, and many common mistakes people make their first time, or two, or twenty, taking a two-wheel road trip. Tim from Forty Times Around breaks down what he feels are the five most common mistakes and how to avoid them. 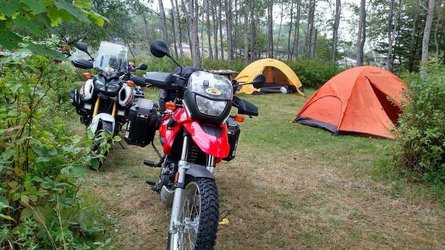 Motorcycle Camping: It's In Tents! 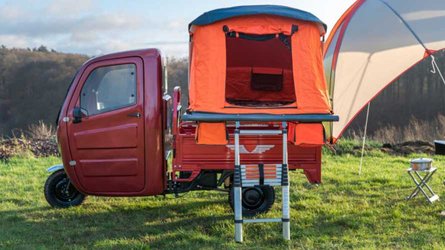 By far, the most common tendency people have is to bring too much stuff. This may sound counterintuitive since motorcycles are relatively small and don't have a lot of cargo space. Some people try to bring everything they might possibly need, though. This overloads the bike, making it more difficult and less fun to ride. Leave the kitchen sink and industrial-strength hair-dryer home, and bring only what you need.

2. Too Much Or Too Little Planning

I have a tendency to plan my trips a bit too precisely. While it's good to have a plan, it can be bad if it's too inflexible. On my ride home from Cape Breton Island across New Brunswick, I stumbled across Hopewell Rocks on my way to Fundy National Park. This was the best spontaneous stop I've ever made, the opportunity to explore an area that looks like an alien planet on Star Trek at low tide that completely disappears at high tide. Normally I run a rather tight ship, too tight to allow for spontaneous excursions like this.

On the other hand, having at least a little bit of a plan is essential as well. Figuring things out as you go can be stressful, and you don't want to look for a place to camp for the night where there's nowhere to do it.

3. Too Much Focus On The Destination

Similarly, I was so focused on riding the Cabot Trail that I neglected to investigate other sights in the area that I am still interested in visiting—the Alexander Graham Bell museum, or the Fortress at Louisbourg. Among the reasons I want to return is not just to experience the Cabot Trail again, but also to visit everything I missed the last time I was there. My travels around Sturgis were similarly overbooked, but that was somewhat by design to see as much of South Dakota as I could during the short time I had there. I'd love to return and explore the Black Hills at my own casual pace.

Most of us can't afford to travel like Neil Peart, staying exclusively in hotels or a private tour bus. Even if you can, Tim suggests roughing it a bit more than you need to. This puts you closer to nature, which is what we're supposed to be out enjoying in the first place. It also gives you more opportunities to meet other people in your travels. A chat at a gas station can turn into an invitation to dinner, or even to spend the night.

You might have thought you could wear your mesh gear to the mountains in summer, only to find yourself surprisingly cold at altitude. Or maybe the jacket that's a size too big that you got a great deal on ends up bunching up on you uncomfortably during a long day in the saddle. These are problems you want to work out before you leave on a long trip, not run into far from home.

I don't mean the band, but the people joining you on your trip. Bad company doesn't mean that they're bad people, but that their traveling wants and needs are different and incompatible with yours. This can be as simple as too-frequent bathroom breaks, or as difficult as some people wanting to ride much faster than others. Traveling with friends is fun, but only if you travel well together.

One way to avoid this problem is to travel alone. Some people are afraid to strike out on their own, but it's the only way I've traveled so far. I've enjoyed group day trips, though, and am certainly open to longer trips with other people. They just have to be the right people.