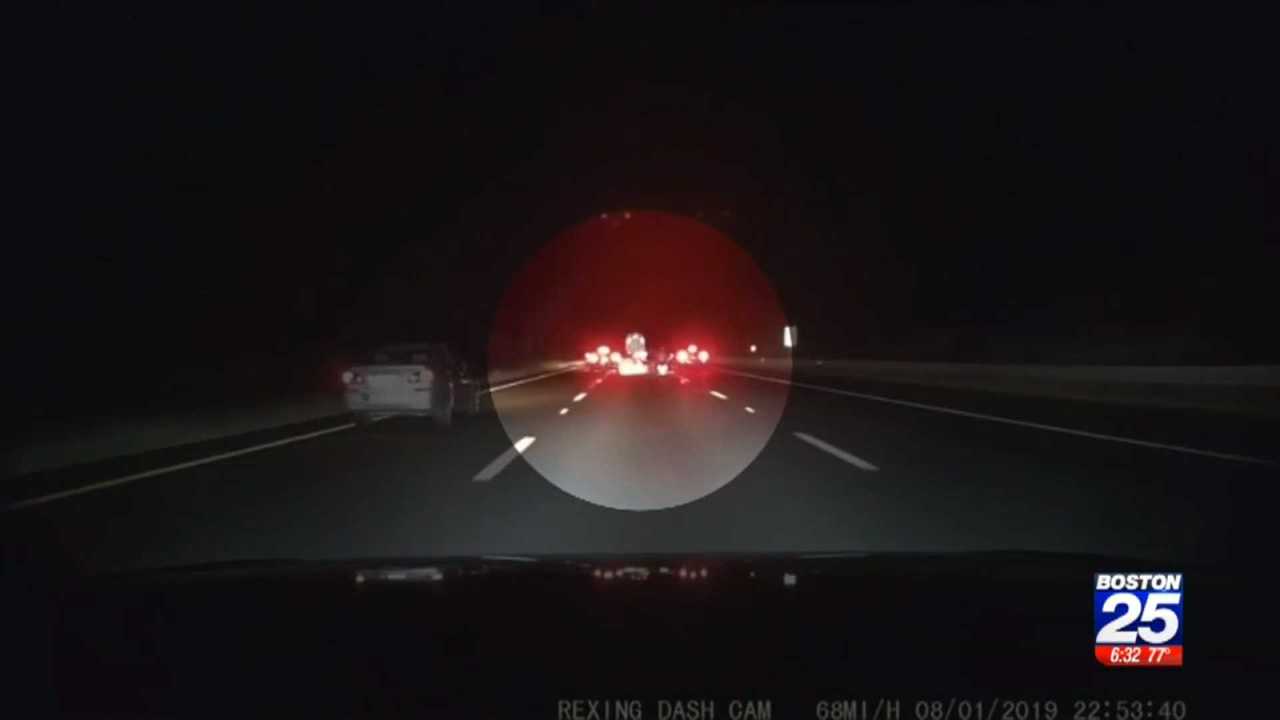 A careless lane change led to a nearly fatal crash on Interstate 95.

Unfortunately, Arizona isn't the only place where police are tracking down a hit and run suspect this weekend. At around 10:30 pm Thursday night, two motorcycles were cruising down the middle lane of Interstate 95 in Sharon, Massachusetts. A black Ford Fusion changed lanes into one of them, knocking the bike down and sending the two occupants tumbling down the middle of the interstate. The Ford fled the scene.

Pickup That Intentionally Struck A Stalled Bike Caught On Dash-Cam
⠀

The Arizona incident was bad enough, where the bike was stopped and a pickup truck drove through it. In this case, the crash happened at 70 mph. That's bad enough, but being at night also meant there was a good chance that cars behind the riders might not see the downed riders in time to avoid hitting them in the middle of the highway. A good samaritan with a dash camera not only caught the whole incident on video (which shows him barely avoiding running over the riders himself, through no fault of his), but he and his passenger also stopped and used a high-power flashlight to slow traffic and help the riders get to relative safety on the side of the road.

The two riders were sent to Boston Medical Center for treatment. The Boston Biker Facebook page identified them as Jerry and Amy and posted a $500 reward for information leading to the identification and apprehension of the driver of the black Ford Fusion that caused the crash. It also offers "$1,000 if you contact the Boss before you contact the police," but we recommend providing any information you might have to the Massachusetts State Police instead of enacting vigilante justice. A now-deleted post in the New England Riders Facebook group further identified Amy as a member of the NE Wind Sisters group, which we've covered here before.