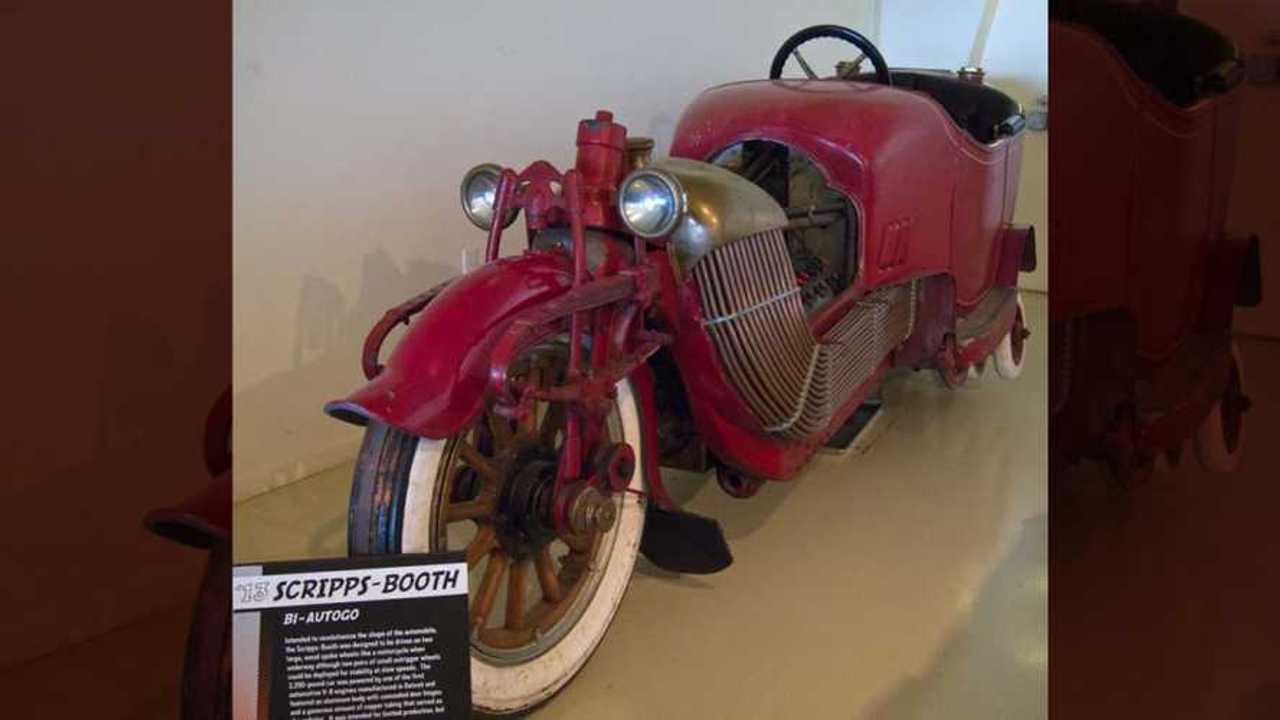 This weird two-wheeled contraption was way ahead of its time in many ways.

Over 100 years ago, motorcycles were little more than bicycles with crude engines attached to them. They still had pedals and could be ridden without the engine, which required them to be extremely light. On the opposite end of the spectrum, we have the 1913 Bi-Autogo, which was essentially the Polaris Slingshot 100 years early.

Bridging The Gap Between Cars And Bikes:

The Bi-Autogo was the brainchild of James Scripps-Booth, a Detroit designer trying to build a sports car. Unlike most cars, however, it featured one wheel in front and one in the back, turning it into a motorcycle that weighs as much as my Subaru WRX. And you thought Harleys were heavy. To help with that, the Bi-Autogo also had a pair of small outrigger wheels that would automatically retract around 25 mph.

The honor of the first Detroit-made V8 engine goes not to Cadillac, who built the first mass-produced one a year later, but to the Bi-Autogo. Scripps-Booth built this 6.3-liter engine himself. It produced just 45 hp, yet Scripps-Booth believed it could propel the car/bike to more than 75 mph, which was quite a feat in 1913. Unfortunately, no roads at that time were capable of allowing him to test that theory since outside of the big city most American roads were still dirt and mud.

Seating was available for three, with the driver in the center and two passengers behind on either side. This was 80 years before the McLaren F1 used this same unusual configuration. The body was low to the ground to improve handling, like a modern sports car. It even had its own self-starting system, using compressed air stored in an on-board tank rather than today's electric starter.

Not every idea was a bright one, however. Although the engine was water-cooled, this was accomplished not through a radiator, but through 450 feet of copper tubing that ran all around the engine. Imagine how much that copper would be worth today, or how many moonshine stills you could build with that much tubing.

Ultimately, though, the Bi-Autogo was too far ahead of its time to be at all practical or useful in 1913. The roads couldn't support it, and it took a great deal of muscle to drive, between the roller chain and bevel gear link steering, plus raising and lowering the outrigger wheels manually. Modern power steering and hydraulics would've made short work of that, and today's highways would've allowed Scripps-Booth to test its predicted 75 mph top speed. Regardless, the Bi-Autogo certainly had an influence on today's automotive designs, whether modern designers are conscious of it or not.