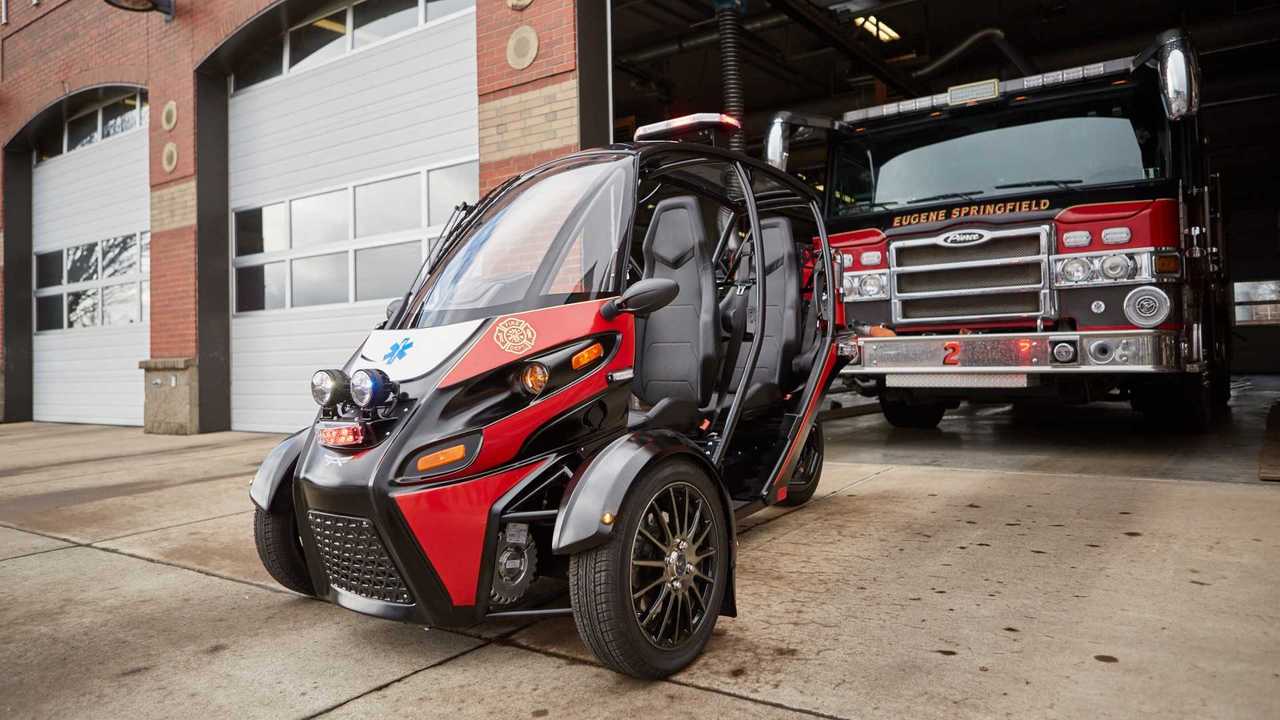 The so-called "Fun Utility Vehicle" shows a serious side for first responders.

Arcimoto has positioned its electric trike as the "Fun Utility Vehicle." Indeed, its performance and range look like the vehicle will shape up to be quite an entertaining ride once full production begins this year. The FUV is about more than just fun, though. Arcimoto has revealed a special variant of the FUV known as the Rapid Responder, a vehicle designed for first responders to efficiently and more quickly reach emergencies, as well as for security and law enforcement applications.

Is The Fastest Ambulance A Motorcycle?

We've already seen how emergency medical personnel can respond to a scene through heavy traffic faster on a scooter than in a full-sized ambulance. Arcimoto's Rapid Responder takes advantage of the same kind of enhanced maneuverability, though with more performance and more equipment. The FUV seats two rather than one. A fire extinguisher and a rather large first aid kit are attached to the rear of the vehicle, which will come in handy at the scene of a crash.

Arcimoto has agreed in principle to test the Rapid Responder Fleet in pilot programs with the City of Eugene, the Eugene Springfield Fire Department, and the city of Eastvale, California. Arcimoto anticipates that the first production Rapid Responders will be delivered in 2020.

"Arcimoto’s ultra-efficient three-wheeled platform offers real advantages for rapid response applications," said Mark Frohnmayer, President of Arcimoto. "We believe that its small-footprint, maneuverability, and instant torque will allow first responders to more quickly move through congested urban cores during emergencies, and its extraordinary efficiency will help fleets meet their long term emissions goals. More than anything, we are excited to create a vehicle that helps save lives.”

"This pilot program is about finding the right tool for the job. In addition to our current fleet of engines, we see the advantage of a highly-efficient, small-footprint vehicle to help with low acuity calls, and the potential to reduce operational costs while being better for the environment," said Fire Chief Joe Zaludek of Eugene Springfield Fire. "We also think the Rapid Responder will have the added benefit of being a real hit at the annual Christmas Light Firetruck Parade."