This Bobber Was A Bicycle Beach Cruiser 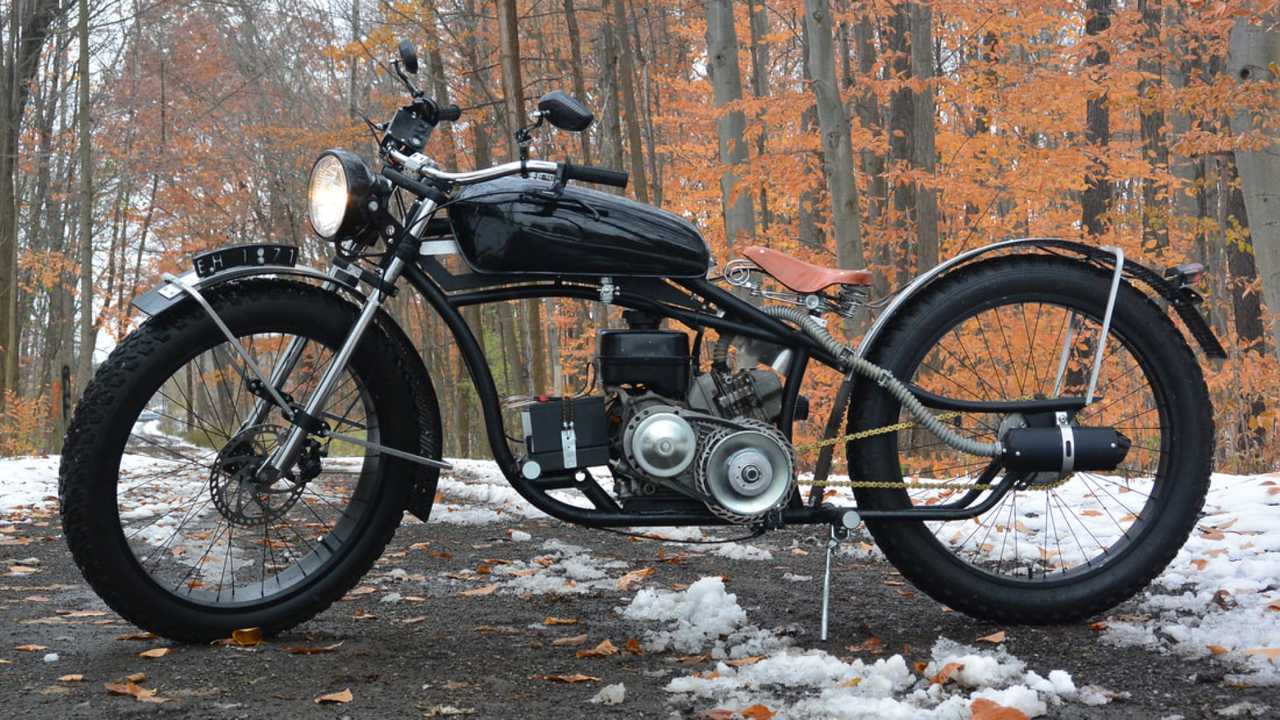 At first glance, this bike looks very much like a World War II era bobber. It has similar swooping lines, minimal lighting, and a sprung leather seat instead of any sort of suspension system. Look a bit closer, though, and you'll notice that the single-cylinder engine says Subaru on the side and features a ripcord start. This betrays the bike's modern construction, which actually started life as a Micargi fat-tire bicycle.

CHOOSE YOUR OWN ADVENTURE

Rev Up Your Day With a DIY Piston Coffee Press

The builder of this contraption is Hunter Leonard, who has made numerous other two, three, and four-wheeled creations. Leonard calls this custom creation the Deathrow, likely due to its simple black color scheme. He welded a steel plate to the bicycle frame to mount the seven-horsepower Subaru EX21 engine sourced from a leaf blower. This engine drives the back wheel through a continuously variable transmission, which also has the rear brake attached to it instead of the wheel. Leonard added a disc front brake to further improve braking power. He also added a second gas tank for looks as well as functionality in addition to the small engine's built-in tank. Other additions include a 44-tooth rear gear, functional lighting, and an electric start.

The technology that went into this build is varied, to say the least. On the one hand, Leonard designed a CNC-milled aluminum spacer to attach the front brake caliper to the frame. On the other hand, the muffler is made of recycled electrical conduit. Still, whatever the parts source, the bike is fully functional and will hit a top speed of 47 miles per hour.

Whether you like bobbers or not, you have to appreciate the craftsmanship that went into this build. Thanks to the beach bicycle's original design and Leonard's additions, it really does look like a bike straight out of the 1940s. Add a little modern technology and a few junkyard parts, and this is the end result.