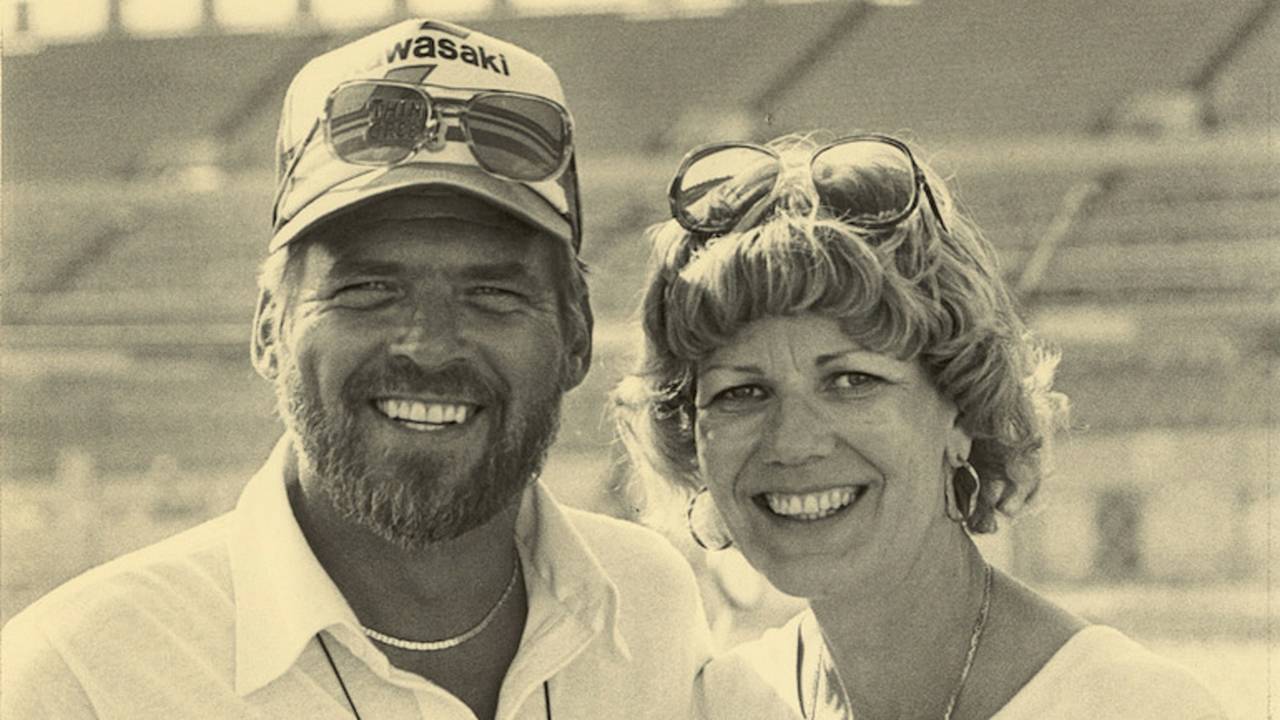 Kawasaki Shares Origins of Team GreenKawasaki is "letting the good times roll," celebrating the company's 50th anniversary in the USA and sharing a...

Kawasaki is "letting the good times roll," celebrating the company's 50th anniversary in the USA and sharing a few stories from its past, such as the origin of Team Green.

The idea for the racing division, Team Green, got in gear 37 years ago, when sales guys Chuck Larsen and Dave Dewey went to the national motocross races in Ponca City, Oklahoma. The message was clear: the European manufacturers, plus Honda, Yamaha and Suzuki, had a sizable head start. Heading to Wichita, Kansas, in their rental car after the races, Larsen and Dewey hatched the idea for Team Green. The KX 80 was soon developed to suit younger riders. And the rest is historical.

Two years later, under the management of Dave Jordan (pictured above, with wife Sandra), Team Green was back at Ponca City with a fleet of bikes, riders, mechanics, parts and tech support. Kawasaki had recognized that amateur motocross was not a temporary phenomenon in the States, and was willing to throw down the necessary funding and talent to be a real player. And just to show their equanimity, Team Green was willing to assist riders on other brands at the track. (And maybe attract a few new buyers.)

The support program for amateurs built the backbone for Kawasaki's motocross efforts, and it showed in the sales figures. Having already established the marque with road machines, and Superbike racing, the MX group added another category to the company's credits.