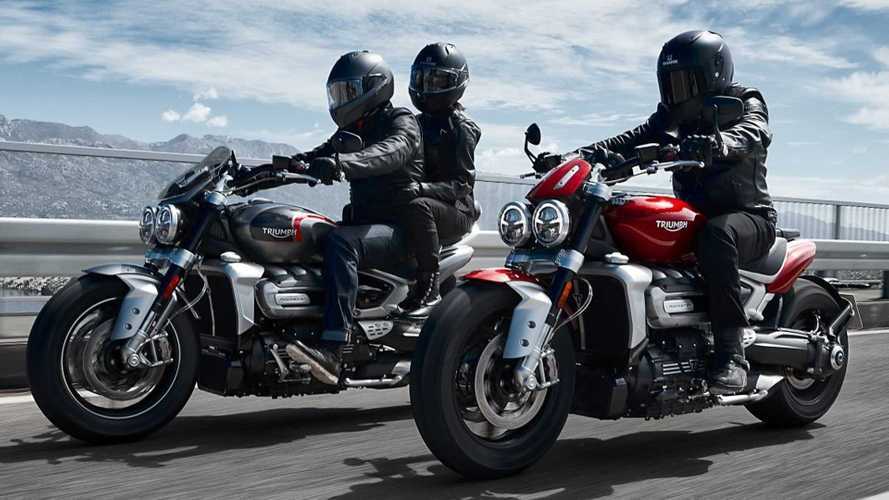 We have lift off!

Most motorcycle manufacturers want to find a way to access India’s small-displacement market. Whether it’s Triumph’s deal with Bajaj, KTM’s partnership with Bajaj, or Harley’s potential alliance with an Indian OEM, news reports typically revolve around the bikes under 500cc. However, brands such as Ducati and BMW have brought liter bikes and massive cruisers to India’s shores as of late. Now, Triumph is importing an even bigger model by launching the Rocket 3 GT in the country today.

Back in December 2019, Triumph introduced the base model Rocket 3 R to the Indian market with a price tag of ₹1,800,000 ($24,510 USD). To complete the Rocket range, Triumph is adding the Grand Tour version to the lineup alongside the Roadster variant.

"The Rocket 3 GT is an enthusiast’s machine, being an ideal amalgamation of class defining technology, dominating road presence, astounding performance and ergonomics,” said Triumph India’s General Manager Shoeb Farooq. “It is a legend in itself. The Rocket 3 GT completes the Rocket range which has the roadster and touring variants."

Due to its touring-focused components like a taller windscreen, heated grips, and pillion accommodations, the Rocket 3 GT will command a higher MSRP at ₹1,840,000 ($25,053 USD). Compare to its competitors, the Rocket 3 GT isn’t only the most expensive Triumph in India, but the highest-priced model in the performance cruiser segment.

Though Triumph India certainly expressed enthusiasm around the release, sales figures will tell whether the big, heavy cruiser is viable in the land of small motorbikes. If Indian riders do take to the larger models, motorcycle manufacturers will gain a new access point to the second-most populous country in the world.