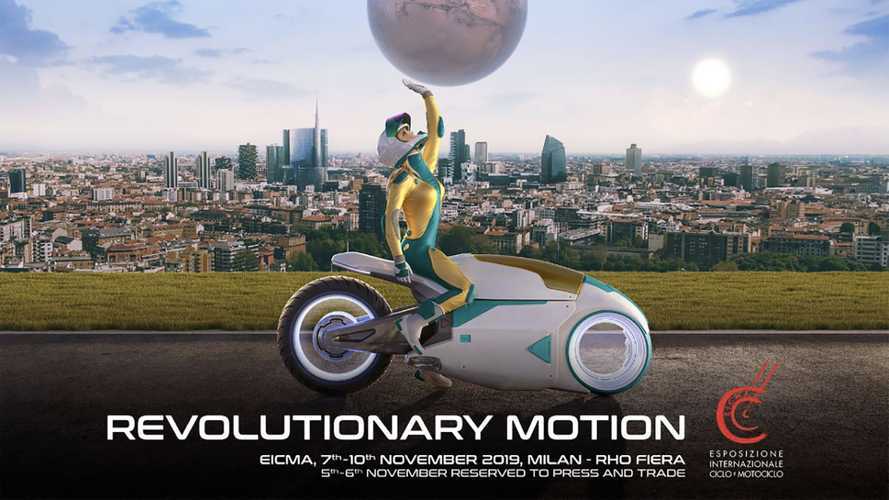 UPDATE, April 5, 2020: With major manufacturers KTM and BMW announcing that they will skip the 2020 edition of both Intermot and EICMA, we expected more companies to follow suit and possibly even for the organizers to cancel the events.

While we have yet to hear from the Intermot people, one of the EICMA councilors has already spoken up. EICMA councilor and president of ANCMA and of the Italian General Industrial Confederation (Confindustria) Paolo Magri told the Italian media that the show's new administration is already discussing with the major international manufacturers to come up with a viable solution.

While he considers BMW and KTM's decision premature, he says it's legitimate and that the administration respects it nonetheless.

"These are complex times in constant evolution that require cohesion and we need to pay attention to what the wishes of the two-wheel industry and its suppliers are. For that reason, we are already discussing with the biggest national and international manufacturers in order to evaluate every possible solution in regards to our event, taking health crisis's evolution into consideration."

For now, there is no talk of cancelling the event and rescheduling for 2021.

UPDATE, April 3, 2020: It looks like the two most important European motorcycle shows could be forced to cancel and reboot in 2021. Following in BMW's step, KTM—alongside sister brands Husqvarna and GasGas—announced that it will not attend Intermot and EICMA in 2020.

Like the Germans, the Austrian had to make a call regarding their future planning and in this period of increased uncertainty, pulling the plug on the two shows seemed like the best decision. The decision was made due to the current worldwide recommendations about social distancing, but also mainly to protect KTM's employees. The press release even went as far as to suggest that EICMA be cancelled altogether:

The Cancellations Keep On Coming:

"Trade shows are key business milestones for the entire motorcycle industry but given the situation, public health and the welfare of our staff are higher priorities over the coming months. We have taken this course of action with a great deal of thought and, as a company, KTM AG would be pleased and interested if show promoters, EICMA in particular, would simply consider moving dates to 2021, where we hope and expect the situation to be settled and back to normal,” KTM's CMO Hubert Trunkenpolz was quoted saying.

Like it did with the new 890 Duke R, chances are that KTM will consider similar digital options for his future launches.

To say that the current health crisis is having an important impact on the motorcycle industry is an understatement. With almost all motorcycle production around the globe at a standstill, the financial impact some of these companies are going to face will be tremendous. Hearing of shut downs and layoffs has sadly become the norm lately but when one of the biggest motorcycle manufacturers announces it will be absent from two of the biggest motorcycle shows in the world, it stings a little.

On April 1, 2020, BMW Motorrad announced that it will not participate at Intermot and EICMA 2020, scheduled later this year. No, it’s not a twisted joke. The news was confirmed by the BMW Motorrad Italy marketing manager and the BMW Motorrad Canada public relations’ representative.

Some Of The Biggest Events Are Taking A Hit:

“Manufacturers in all industries across the globe are in the midst of making adjustments to a new reality and a challenging year ahead,” said BMW Canada PR, Robert Dexter. BMW therefore becomes the first bike manufacturer to officially cancel its presence at the two major European shows.

BMW’s press release is brief and explains that the decision stems from the current climate of uncertainty caused by the pandemic (read: we have no idea what things will be like next week, let alone in six months.) All future unveilings and premieres will instead take place on “alternative” platforms which will allow the House of Munich to plan ahead without having to rely on the pandemic’s evolution to make decisions.

“BMW Motorrad will present the world premieres and product highlights planned for these motorcycle shows on alternative platforms in autumn 2020. In doing so, the company will increasingly rely on its own formats and digital communication channels,” the company wrote in the press release.

Several manufacturers including Ducati, Honda, Kawasaki, Suzuki, and KTM have turned to digital platforms to introduce their latest products. For instance, Ducati streamed a live technical presentation of the new Streetfighter V4 while Honda and Suzuki hosted “virtual” motorcycle shows.

As we write this, BMW has yet to confirm what form these future events will take. The plan to unveil the new R18 cruiser on April 3, 2020, seems unaffected by the decision and should proceed online as scheduled.