Bikers You Should Know: Gwenda Hawkes 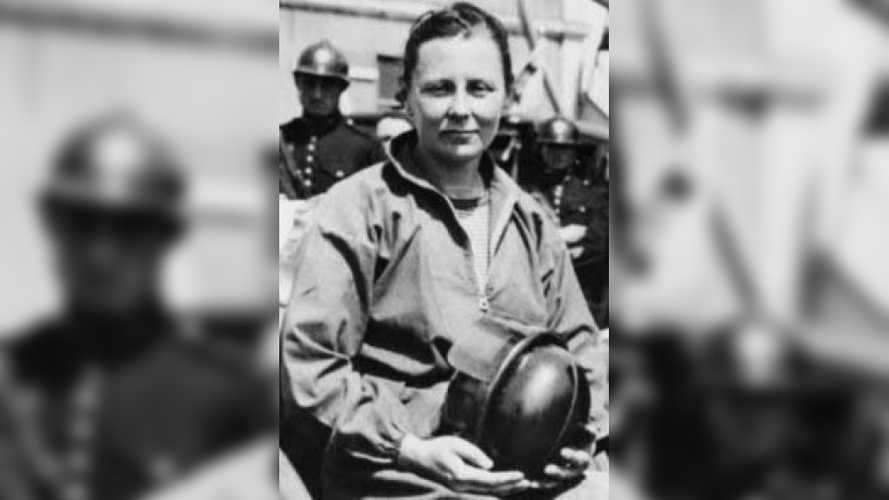 She had the need for speed.

More and more women are getting involved in motorcycling these days. While still a minority, it's not unusual to see woman riders on the road, or even at the track, feeding their urges to speed. Today's women are not the first to take to the track on two wheels, though. Nearly 100 years ago, Gwenda Hawkes led the way.

Women On Wheels Is Training Thousands Of New Female Riders

Born in 1894, Gwenda served as an ambulance driver in World War I on the eastern front. Romania awarded her the Cross of St. George and St. Stanislav for her bravery. Already she was no stranger to danger on the road. After the war, she married Colonel Sam Janson, a director at the Spyker car company. Rather than four wheels, though, Gwenda was more interested in two. In 1921 she set a new 1000-mile record on a Ner-A-Car, an unusual low-slung machine. Running 190 miles a day doesn't seem like much on today's roads, but back then paved roads were virtually non-existent outside of cities, and conditions were quite difficult.

As difficult as this endurance riding was, Gwenda had a need for speed as well. In 1922 she set a 24-hour record at Brooklands, a wooden oval track on a Trump-JAP averaging 44.65 mph. This was impressive on the technology of the time, as well as the poor track surface. The record was actually set in two separate stints of 12 hours each since residents near the Brooklands track complained about the noise.

Gwenda spent so much time racing bikes that Colonel Janson divorced her, and she soon married Colonel Neil Stewart, who she met through the company providing her racing bikes. With new restrictions on nighttime racing putting an end to her endurance record attempts, the couple moved to France, where Gwenda set a true 24-hour record at Montlhery on a 350 cc Rudge of 54.21 mph. She also survived a nasty crash on a Terrot-JAP when her back wheel collapsed at speed. Meanwhile, Gwenda met and fell for mechanic Douglas Hawkes, who she would eventually marry.

After setting numerous motorcycle endurance records, many of which would remain until the 1950s, Gwenda switched her sights to auto racing, where she continued to set many records. Gwenda preferred the time trial format instead of wheel-to-wheel competition and mainly stuck to setting records until World War II. After the war, they switched from wheels to yachts. She lived to the ripe old age of 95.

Gwenda's accomplishments, both on two wheels and four, were quite amazing regardless of her gender. The fact that so many of her records stood for so long speaks volumes of her talent, as well as her guts. I suppose after driving ambulances on World War I battlefields, virtually nothing could scare her. She put her nerves of steel to good use setting her countless records.