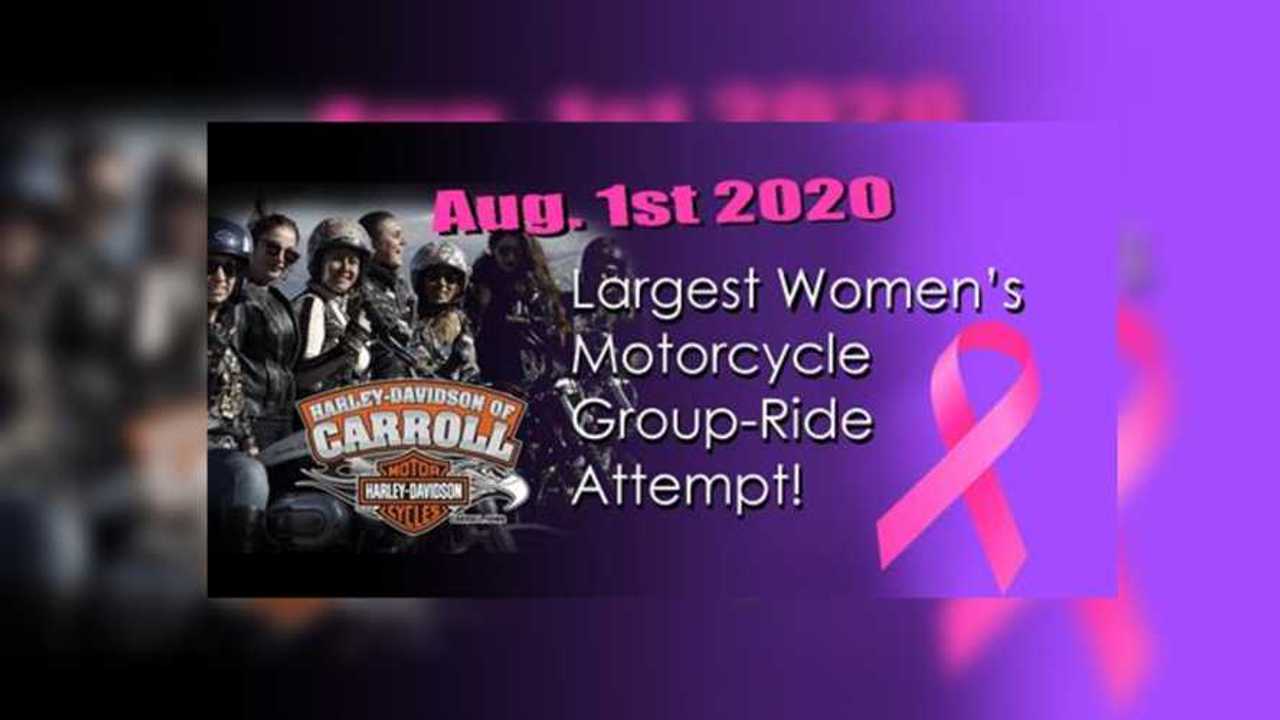 Interested? Make plans now to be in Iowa in August.

If you’ve ever participated in a group ride, you probably know that they can occasionally get out of hand. If that is what makes group rides fun for you, and you’re a woman who rides a motorcycle, and you live near Iowa (or Iowa sounds like a great motorcycle destination to you), have we got your event.

5 Reasons Why Group Rides Are The Worst

Harley-Davidson of Carroll, Iowa, has gathered up all their ambitions for 2020 and put a world record-setting attempt on the calendar. On the first of August, 2020, a ride will leave from that dealership, but with any luck it won’t be just any ride. The shop is planning to set a world record for the largest all-female group ride. It’s not just a group ride for the sake of a world record attempt, though. This dealership is using the group ride to raise awareness for, and as a fundraiser for, breast cancer research.

Carroll is smack in the middle of the western third of the Hawkeye state, equidistant to Sioux City, Des Moines, and Omaha. Hopefully, this event can draw riders from all over the midwest to participate.

The current world record holder is one Debb Dagger, of New South Wales, Australia. She led a ride on April 9, 2016, in which 1,002 women rode their motorcycles, simultaneously, in a group. There’s some contention that the record was beaten in 2017, in Bandera, Texas, but that was “women motorcyclists in one place,” not necessarily a group ride. The folks who keep records like this tend to get a bit picky about the details, you know.

The ride will begin at 9:30 AM at the dealership parking lot, and will end at 4 PM. There are no details yet about what the ride will entail. Carroll is super flat (You don’t say! -JM) and there will be loads of space to park. There are at least three hotels in town, so if it sounds like this event is up your alley, you may want to book a room now.

We have no information about whether men will be allowed to ride pillion. Gentlemen, I’m sure if you ask one of the ladies in your life very nicely if they’d mind you riding pillion on this ride, one of them is sure to say yes. You just won’t count toward that record-setting goal.