Cycleweird: The Ner-a-Car Is The Bike That Could Have Been 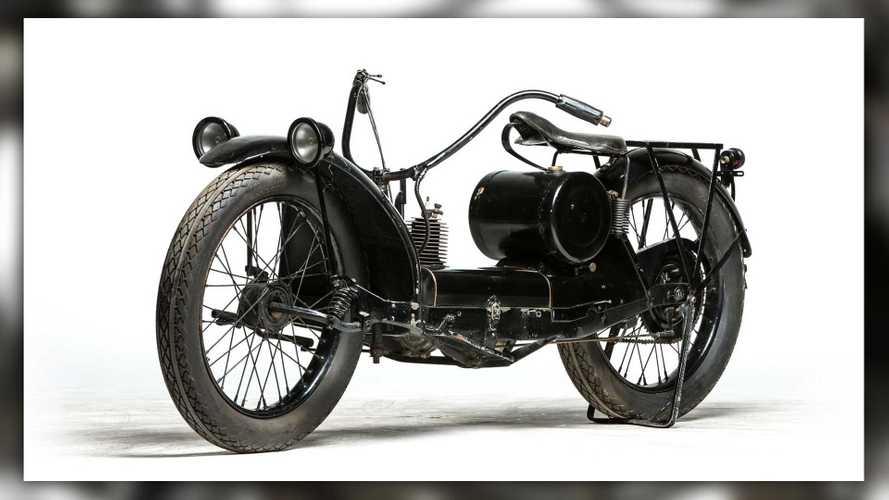 This unusual design could have changed the course of motorcycle history had the parent company not tanked.

Everyone knows that all motorcycles with two wheels feature a frame that comes to a high head in the front, connected directly to handlebars on top and forks that hold the front wheel below. There are a few exceptions, though. One of them is the Ner-a-Car, a 100-year-old design that features hub-center steering, a feature most modern motorcycles still haven't figured out.

Getting To The Hub Of The Matter:

Business in the Front: A Brave New World

Designer Carl Neracher rearranged the letters of his name for the Ner-a-Car (pronounced "NEAR-a-car"). The design wasn't original but licensed and developed from that of the 1911 Detroit Bi-Car. Aside from its unusual steering, with the front wheel suspended by coil springs, it used a steel channel for a frame rather than tubing, further simplifying the design. Its original 221cc two-stroke engine produced a whopping two-and-a-quarter horsepower, and its friction drive transmission worked similarly to a modern CVT.

From its meager beginnings in a Syracuse, New York factory, the Ner-a-Car became the most successful hub-center steering motorcycle ever, up to and including the modern day. None other than Erwin “Cannonball” Baker himself rode a Ner-a-Car from Staten Island, New York, to Los Angeles, California, a distance of 3,364.4 miles, in 174 hours and one minute. Though slow by today's standards, that's an impressive time for an era when most roads outside major cities weren't paved or maintained at all.

The Ner-a-Car's success wasn't limited to the US, either. Sheffield-Simplex licensed the design to build in the UK. Starting in 1925, British models got upgraded to a Blackburne four-stroke 348cc engine. The Brits innovated in other areas as well, such as rear suspension (most bikes of the time were hardtails), air suspension for the seat, and a fairing with an adjustable windshield. These are commonplace today, but practically unheard of nearly 100 years ago.

Women, who had just gained the right to drive and ride in 1918 in the UK and 1920 in the US, took a liking to the Ner-a-Car. It was possible to operate while wearing the long dresses of the time, unlike the more traditional motorcycle that must be straddled. In fact, much of the Ner-a-Car's advertising was aimed directly at women in order to cash in on their newfound mobility and love of the road. It's a lesson that modern motorcycle manufacturers should take to heart.

Unfortunately, problems in other areas of Sheffield-Simplex led to the company selling out to Hawker Engineering, which discontinued the bike to focus on aircraft engineering. Approximately 10,000 Ner-a-Cars were built in the US, with an additional 6,500 built in the UK.

Imagine if the Ner-a-Car had remained in production, and as popular as it was. Its ergonomics somewhat resemble a modern cruiser, with the rider's feet out front and a comfortable low riding position. The most popular bikes in America, Harley-Davidsons, are either cruisers or other styles of motorcycles based on them. What if, seeing how popular the Ner-a-Car was, Harley adopted its hub-center steering and steel channel frame design, along with the "low and slow" advantages they provide? Perhaps a modern Street Glide would look more like a modern Ner-a-Car with saddlebags than what we consider to be a true Harley today.