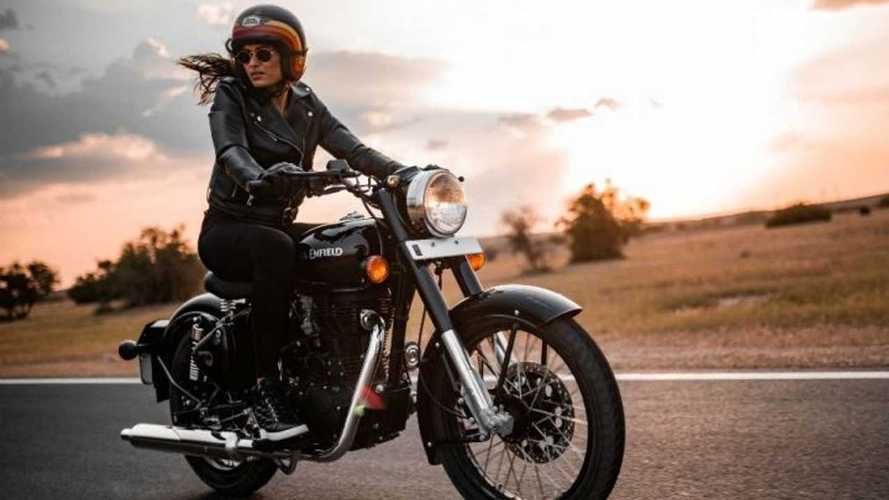 Despite its sales being down pretty much across the board, Royal Enfield isn’t going to lay down and give up. The Indian motorcycle company is hard at work developing new motorcycles to reach a younger audience both at home and abroad. Well, at least it is hard at work thinking up new names for motorcycles. After filing trademarks for Sherpa and Hunter in January, RE has added two more names to the hopper this week; Flying Flea and Roadster.

Both of these filings are specifically for product classification 12 and 25, motorcycles and clothing respectively. Presumably, it is just covering all of its bases here as RE would obviously need to have a full range of merch related to a new bike as soon as it launches.

You may recognize Flying Flea as the nickname for Royal Enfield’s compact 125cc two-stroke developed for the British War Department for use in WWII. It was equipped with folding handlebars and a sealed fuel tank so that it could be dropped into a war zone with troops by parachute or glider. Now, it’s unlikely that Royal Enfield is developing a new war effort bike or a new two-smoker for that matter. But could the Flying Flea name be attached to a compact 125 throwback bike in a similar vein to Honda’s Monkey? I’ve heard worse ideas.

The Roadster name intrigues me a bit, as Royal Enfield’s Int 650 is already a roadster-style standard bike. Perhaps this new name could indicate a new larger-displacement standard that RE desperately needs in the U.S. market to compete with the likes of Triumph and Harley. Rumors have been floating for a few years now that the winged R is developing a pair of new platforms aiming a bit higher than 750ccs.

Allegedly Royal Enfield is on the cusp of launching a handful of new platform motorcycles. Based on the increased quality and rideability of the INT 650 and Continental GT, the future for RE looks bright.