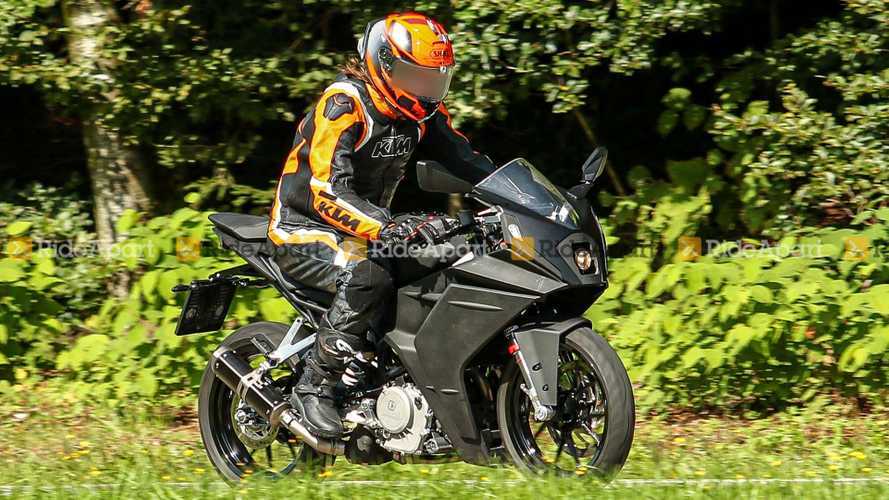 The 390 duo is getting some much-needed love.

To say that KTM is keeping busy is an understatement. Over the past few weeks, the number of KTMs test mules spotted out and about has exploded. From a new 1290 Super Duke R to a new 890 Supermoto, the Orange brand is on a roll. Guess what? There’s more! Now our photographers have spotted what looks like a redesigned baby sportbike.

So Many New KTMs:

The KTM RC390 has been around since 2014. While it did receive a few significant upgrades in 2017, the model was long overdue for a trip back to the drawing board. In addition, KTM now benefits of its partnership with Bajaj to further develop and strengthen its small-displacement lineup. And considering an equally upgraded version of its naked counterpart, the 390 Duke, was spotted being tested in Germany back in April, it’s only logical the RC should undergo similar changes on a similar timeline.

According to the pictures snapped in Austria, KTM’s homeland, the new RC 390 will receive a lot of significant changes, beginning with a new fairing design. The line of the model’s nose is rounder on the mule with a taller windscreen. The lines and shape of the front fairing’s side panels are changing as well.

The same goes for the design of the subframe and pillion at the back, with a seemingly slimmer trellis subframe stretching behind the test rider, topped with a better-integrated pillion shape. Other notable changes include a gas tank that apparently gains in volume and the modified handlebar meant to improve the ergonomics.

Just like with the Duke, the 373cc block isn’t expected to change dramatically, aside from a redesigned cylinder head and exhaust manifold. These subtle changes will make the new RC Euro5-compliant. Not output increase is expected for the time being.