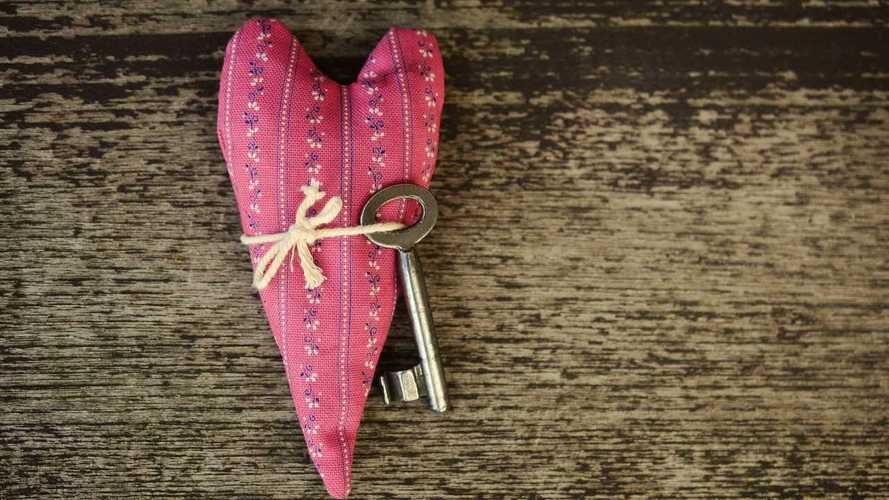 I just bought my first motorcycle. It's used, and it only came with one key. What happens if I lose it?

We’ve all been there. You’re hundreds of miles from home having a wonderful time touring some beautiful place you’ve never been and … oh, crap. Where’s my bike key? The most maddening way to be grounded is with a lost key. The only way to keep moving even when your ignition key goes on a walkabout is to carry a spare. Or is it?

Many motorcycles these days come with a fob, and when you lose that fob, your motorcycle thinks you’re trying to steal it and won’t let you get away with anything. Replacing that fob will involve reprogramming it to your bike, so a lost fob is going to mean a tow. Give a spare fob to your trusted buddy on tour, or keep the extra in a secure, zipped pocket in a jacket that you’ll never leave on the bike. Lots of bikes still come with a traditional metal key, though, and that loss is significantly easier and less expensive.

Some motorcycles (like mid-aughts Ducatis) came new with a “master key.” You’ve probably heard horror stories about the Ducati Red Key: this is the only key that can reprogram the bike’s ECU, and if you lose it you can never program a new key to work with the bike. There’s some truth to this, and yes, a new ECU will cost you nearly a grand. Do your own research before buying a used pre-2008 Ducati, and ask the seller about the Red Key. If they blanch, you have some bargaining power.

Cut A New One:

Traditional, old-school metal motorcycle keys are like any other key in that you can have a new one cut from an old one. If you bought an old motorcycle that came with only one key, get to a locksmith or a good hardware store and get a new one cut immediately. If you want it to look just like the one you already have, you can order a blank from the manufacturer (talk to your local dealer), and a locksmith or hardware key counter can cut that one. Ride your bike there, though, and immediately make sure that key turns in every tumbler it’s supposed to. A good locksmith can often adjust a poorly-cut key and make it work as smooth as a new one.

There are also several online services which can cut a key from a photo, so you might find it valuable to photograph all of your keys, and file that digital photo away somewhere secure, for future use. There are also apps that will create a pattern to 3D-print your key from a photo. Because these services exist, don’t post photos of your keys (especially your house keys) on the internet.

If you have zero keys to your motorcycle, and it has an old-school metal-key ignition, you have a few options. You can trailer the bike to a locksmith (be prepared to show proof of ownership, though), and that locksmith can cut a key from the ignition tumbler. It will be moderately expensive, but not as expensive as, say, a new electronic key fob. Some bikes have a small metal tag that came with the key on the bike from the factory, and that tag has a number on it. That same number is stamped on the ignition switch (you might have to remove the ignition from the frame in order to see that number; google your make and model to get more info on that). If you can access either of those numbers, you can contact the manufacturer and order a new, pre-cut key. Sure, you can hot-wire the bike’s ignition, but that leaves your lights on, too, and is not a permanent solution.

How Not To Lose Your Key:

The very best option here, of course, is not to lose your key, and we have some tips there. Treat your key as the very important thing that it is: without it, you and your bike are grounded. Make a habit of always putting it in the same pocket or on the same hook. Keep it on a very secure key ring that will not fall apart. Put something brightly-colored on that key ring, so if you drop it, it’s obvious. If you’re the kind of person that loses things a lot, perhaps invest in one of those bluetooth key finders. As stated before, when you’re on a long trip, hand a copy of your bike’s key to one of your trusted riding buddies, so that if you misplace your original key, you can still ride.

We've All Done It:

The ways in which my riding buddies and I have lost our keys over the years is myriad: my keyring came apart on the freeway; I could still ride but I was locked out of my luggage. Someone else dropped his key (sans ring) in the grass; we knew it was there but nobody could see it. One key ended up in a rolled-up pants cuff. Yet another ended up dropped into the bowels of a Ducati ST3 at a gas station; one smartass suggested we pick the bike up, turn it upside down and shake it. And the ever-popular, it’s hanging out of the seat-release keyhole, but nobody thought to look there.

Dear reader, how have you lost your bike key, and how did you dig yourself out of that situation? Do you carry a telescoping magnet in your tool roll? Keys are ferrous, and can be grabbed by magnets, you know. Even when they’re under water in a storm drain.