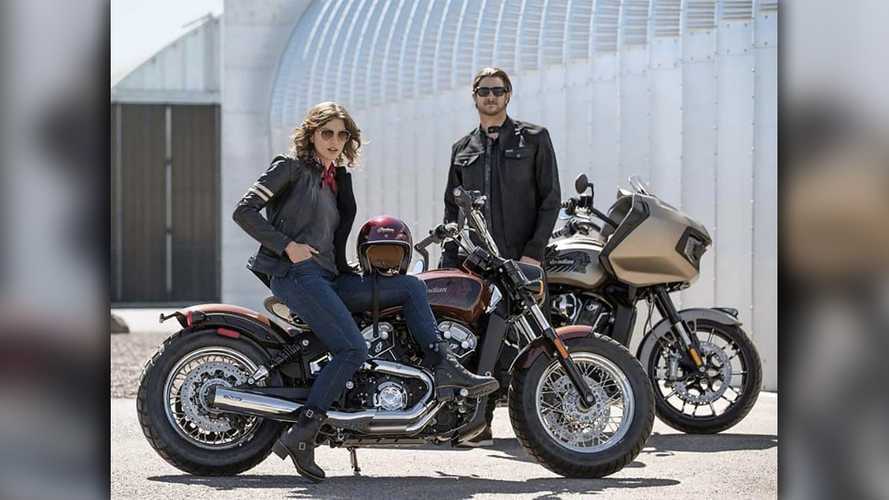 Indian almost pulled a fast one.

At the beginning of September, Indian launched its 2020 Scout lineup. It looks like the manufacturer snuck an Easter egg in one of the pictures—the first look at the Indian Challenger we almost missed.

Without Bells And Whistles, The Indian Challenger Is Now Available

Since earlier this year, the name “Challenger” has been making the rounds. It first surfaced as an Indian trademark at the beginning of the year. Then a strange test mule was spotted on the road with a very distinct new fairing, sparking the rumor that the Challenger name had found its application. More recently, its appearance at the dealers’ meeting confirmed our suspicions about the Challenger and its addition to the Indian lineup.

Then the manufacturer announced its 2020 Scout lineup, complete with a selection of pictures.  In some of the images, the Scouts were posed with another bike in the background—usually another Scout. But of these pictures was not like the other. Among those pictures, one should have stood out. Indian tried to pull one on us, but thanks to the keen eye of our colleagues at Canada Moto Guide, the trick didn’t go unnoticed.

One of the images of the new Scout Bobber Twenty—a celebratory model of the 100th Anniversary of the Scout—shows the model fully accessorized and accompanied by a second bike, but definitely not a Scout. Behind it, an unknown tourer with a weird full fairing has been placed instead. This, ladies and gents, looks like our first peek at the new Challenger. The recognizable bracket-shaped LED headlight and cockpit-like front fairing are the biggest giveaways.

This picture wasn’t part of the collection we received from Indian on this side of the border (I know, I double checked), but it looks like it might have been in the Canadian press package. Or maybe it was part of our selection but was removed afterward without our knowledge. It's hard to tell, but whatever they did, they didn’t act fast enough—someone caught up on it.

The new model is expected to use a new Powerplus 108 engine, a 1,770cc, 60-degree V-twin rumored to produce 120 horsepower. The season for new models unveilings is upon us and we suspect we’ll be seeing the Challenger for its first official public appearance before the end of the year.