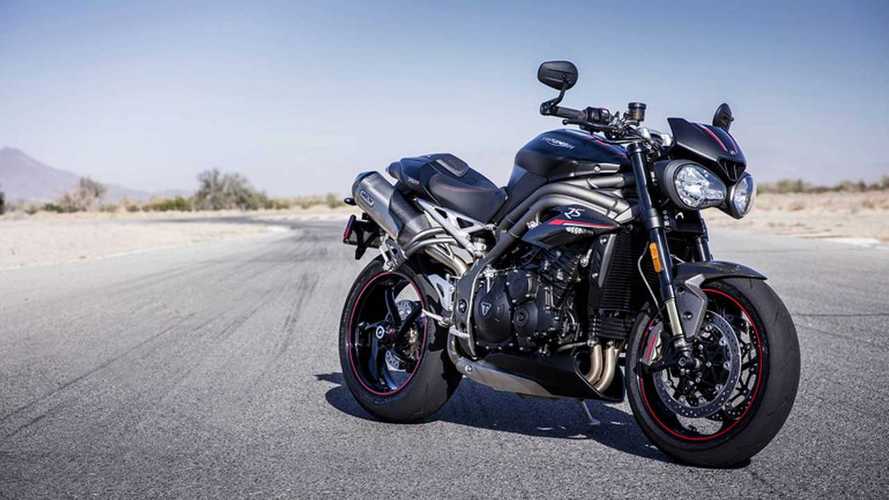 Between a flock of spy shots of a bunch of Triumph models being tested and new rumors sprouting almost every week about what the House of Hinckley is working on, it’s getting hard to keep up. From the looks of it, at least half of the British lineup is getting an update for 2020, from the addition of a catalyst to a full redesign. To make things a little more complex, but also a little more exciting, here’s yet another rumor regarding potential changes to the Triumph lineup. This time, the Speed Triple is possibly getting bigger and we try to figure out whether the Thunderbird could be making a comeback next year.

All The Shiny New Toys:

While the Street Triple is apparently getting an updated engine to meet emission regulations according to some California Air Resources Board (CARB) filings, rumor now has it that its big brother is also getting its own upgrade. According to Bennetts, whispers through the grapevine suggest the Speed Triple’s 1,050cc block will get a boost to reach 1,160cc. This would mean a new triple mill for the company—likely a result of the Euro5 standards pulling tighter on the emissions leash.

The Speed Triple’s block currently rated at 148 horsepower and 86 lb-ft of torque is expected to push out an additional 15 ponies or so with the displacement increase. The output of the new mill is expected to hover around 160 to 165 hp. While there is currently no trace of a 1,160cc mill in any 2020 model-year documentation, a number of sources suggest that the new model can, in fact, be expected for next year.

While digging into the NHTSA documents regarding Triumph’s 2020 lineup to find a discreet instance of the new 1160 engine, we instead found a familiar name that’s apparently making a comeback. It appears a certain Thunderbird could be back in the showrooms next year. The model is listed with the same three trim levels (LT, Commander, and Storm) as its latest iteration.

At CARB’s, 2017 is the last year the Thunderbird received the green light, the 1,700cc mill absent from the Triumph list both in 2018 and 2019. At the NHTSA, it was listed as a 2018 model but no 2019 model-year documents were published to confirm whether the model was officially dropped. It did, however, disappear from the Triumph US Website without a trace, suggesting a hiatus since no official statement was released on the matter. To be fair, the model remains available on other markets, including in Australia—as a 2018, that is.

The Thunderbird is go! Or is it?

Once again, the increasingly more severe emission regulations could be behind the interruption, pushing Triumph to pull the model and review the engine. That being said, the document doesn’t indicate that the engine has been modified—the same displacement, same power figures, and same engine codes as in 2018 are listed for the three T-Bird models. No 1700 engine CARB filings are currently listed for next year either.

Keeping the model part of its official lineup could be a simple place holder for the brand. This also means that while it’s not currently available, the Thunderbird remains part of Triumph’s plans. At least for now. Now whether it will make an official comeback in 2020 remains to be seen, but with all the hype the Rocket3 cruiser received, it could be a good time to double down in the segment.

As usual, we’ll have to wait and see whether the returning Thunderbird or even the Speed Triple 1160 will become reality. Maybe this year’s dealers’ meeting will provide us with precious insight like it did last year!