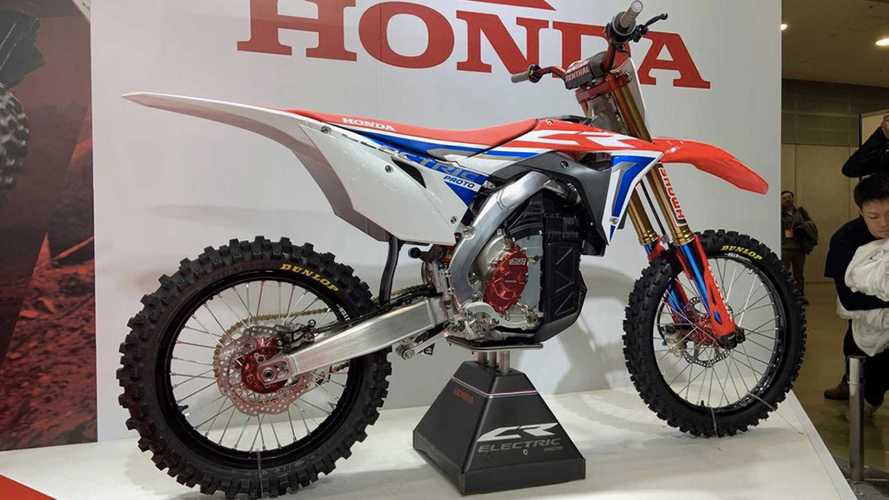 The Big Red is taking an e-step.

Electric motorcycles are blossoming on the market like Spring flowers. While a lot of the most appealing models are offered by small-volume companies and startups, some of the industry’s biggest players are finally joining in. For instance, KTM introduced the Freeride EX-C dirt bike while Yamaha went the trials way with the TY-E. Others like Ducati and Kawasaki are supposedly working on emission-free models of their own. A new player has now officially (kind of) entered the e-game: Honda is going electric.

ELECTRICITY COMING TO OTHER GIANTS

The terms “electric” and “Honda” sharing a sentence isn’t exactly news-worthy. The manufacturer has already dabbled in the technology on the automotive industry. On the motorcycle front, however, we’ve seen a few ideas from the company including its self-standing motorcycle as well as a partnership with Panasonic for the development of swappable e-scooter batteries. However, a proper, almost production-ready bike hadn’t exactly been part of the plan.

It now is. In fact, the Japanese giant surprised everyone by introducing an electric dirt bike prototype at the Tokyo Motorcycle Show, the CR Electric. The frame of the motocross is similar to a standard CR-F 250, that is an aluminum twin-spar structure with a prominent beam framing the engine. Even the block itself is deceptively similar to a petrol mill if not inspected up close—unlike other designs that enclose the battery and electric motor into a box.

Of course, as a prototype, there is very little information available such as battery size, power, range, weight, etc. There’s no need to have a keen eye to notice the massive “Showa” decorating the inverted fork at the front. Braking power (at least part of it) is likely provided by Nissin, if the fluid reservoir is any indications.

As a prototype, what’s interesting is the fact that Honda is choosing for the dirt path rather than the paved one to put its electric technology to the test—the same path a number of other companies have also chosen. The Honda representatives in Tokyo commented that “Motocross (off road) is the toughest test for electric bikes. Honda will develop the E-sports bike also.” An electric road Honda on the way? We’re looking forward to seeing that.