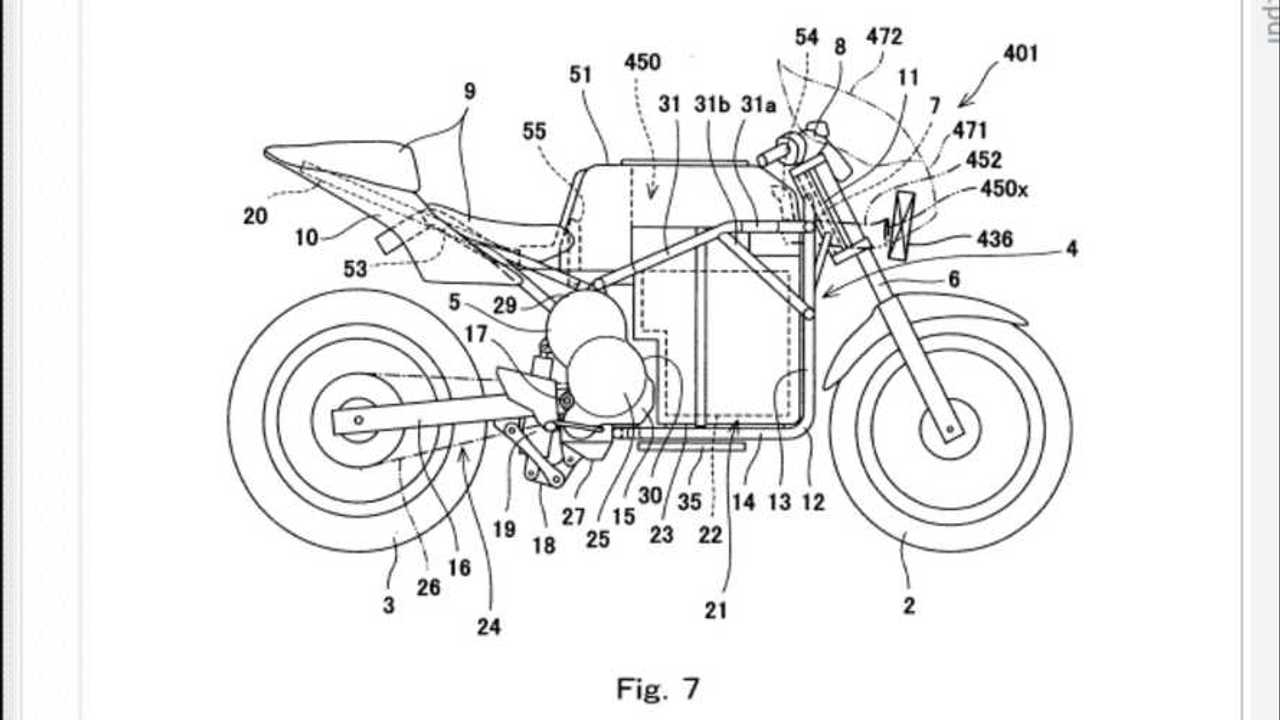 While there are just about a million different e-bike manufacturers popping up all over the place, and some well into production, all we have heard are a whole bunch of promises from the big, well-established motorcycle manufacturers. Does anyone own a LiveWire yet?

Hopefully that’s nearing a change, and though we first reported on Kawasaki’s possible foray into fully electric motorcycles back in 2016, here they are popping up again with more patents.

The majority of the language in the patents, beyond the battery form, function and design, is the cooling system for the motor and batteries. This is something we don’t see very often in electric motorcycles. Generally an electric motor and its batteries are sufficiently cooled by the wind flow of the bike moving.

This one, however, has plans to heat up. Not only are there intake and exhaust fans, but there’s discussion of a radiator in the text. You might think this means it’s water cooled, but no, there’s an oil pump, and discussion of cooling the oil through the radiator. That might be because lithium ion batteries and water get along very poorly, and an oil-cooling system prevents any possible mix there.

This all shows that Kawasaki’s got plans for this bike to spool up like crazy and make mad amounts of power. Generally electric motorcycles run out of juice (the well designed ones, anyway) before they get hot enough to overheat or, Ghu forbid, catch fire, but it has been known to happen.

Another interesting point here is that the bike may have a transmission. It may or may not have a clutch, but we’ll probably have to wait and see how that pans out.

Either way, the drawings look interesting, the text (if you can slog through it) has some unusual design decisions and seems pretty progressive. Of the major Japanese motorcycle manufacturers, the first one to market with a well-designed electric motorcycle that is fast, has good range and a quick charge time (the cooling system will help with that, too) might be the overall winner.