How A Rental Harley Turned Me On To Cruisers 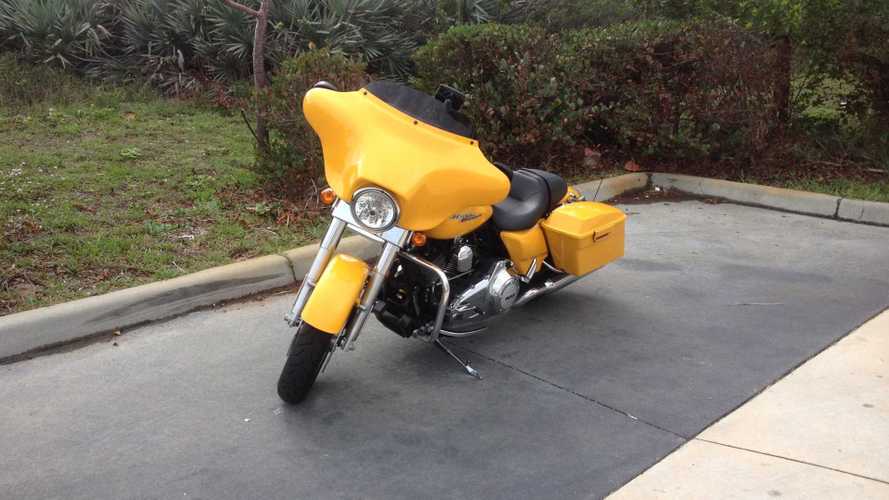 I wasn't a cruiser fan before, but a rental Street Glide showed me the appeal.

I used to be one of those riders. You know, the type who thought their bike was best and that Harley-Davidsons were unreliable pieces of junk. I became friends with some very nice Harley riders, but I still had a negative perspective on the bikes themselves. Then I put 500 miles on a Street Glide in two days. It completely changed my mind about not only Harleys but cruisers in general.

That Time Harley-Davidson Made Superhero Bikes

It was January 2014. I'd just accepted a new job and gave myself a week off to go someplace warm and rent a motorcycle to celebrate. To a New Englander like me, riding in January is a novelty (I don't ride in snow). Flight prices led me to Orlando, Florida, and EagleRider's prices led me to rent a Harley Street Glide. Although late model Harleys tend to be expensive bikes to buy, they were among the least expensive to rent, so I decided to give the cruiser life a try as a total change from my Honda PC800. I knew it would be no corner carver, but most of Florida is flat and straight, so that wouldn't be a big deal.

It took some getting used to. I'd never ridden a bike with footboards so far in front of me. That, plus the weight of the bike, was challenging at first while I was escaping Orlando traffic. I also wasn't used to having turn signal buttons on either handlebar rather than the combined switch on the left like all of my Japanese motorcycles. The heel-toe shifter was also new to me, but at least I still had the option of upshifting by lifting my toes instead of pressing my heel. I soon got used to all of these, though. Once out of town and heading south toward Vero Beach, the appeal of a cruiser began to set in.

While its weight was a disadvantage in town, it made the bike quite stable once I got up to speed. Since it was impossible to shift weight onto the floorboards to help turn the way I was used to on my own bike's pegs, I didn't bother, which led to a more relaxing ride. Relaxing was the name of the game with the Street Glide. It handled the streets and highways of Florida effortlessly and in total comfort. While a long day in my PC800's saddle can leave my legs feeling somewhat cramped, I had no such issues with the Street Glide. I arrived back at my hotel as fresh as I had left.

The next day I headed north to Daytona, then up A1A to St. Augustine. I found the Street Glide to be the perfect bike for casually cruising up the coast along the beach. Along with the comfort, the loping sound of that V-twin was highly addictive. It sounded like a real bike, with a gentle purr while cruising and a muscular roar under acceleration. This was in contrast to my PC800, which sounds more like George Jetson's flying car than a motorcycle. All in all, I put 500 miles on the Street Glide in two days. By the time I gave the bike back to EagleRider, not only had I learned the appeal of cruisers, I wanted one of my own.

The experience wasn't 100 percent positive, though. The Street Glide has cruise control, and only allows you to engage it in sixth gear. There is an indicator on the gauge cluster to tell you when you're in sixth and can use cruise control. Soon after I set off, the sensor detecting sixth gear stopped working, and I was without cruise control for most of my trip. It wasn't a big deal to me, but it was a tiny validation of Harley's reputation for lackluster reliability. The Street Glide started every time, worked perfectly in every other way for the whole trip, and never left a drop of oil behind to mark its territory. The lack of cruise control, however, was a constant reminder of Harley's imperfections.

That didn't dissuade me from wanting a cruiser, though. A couple of years later I picked up a Honda Shadow ACE 1100, the bike that Harley sued Honda for being too similar to a Harley. I enjoyed the Harley experience enough to buy a more affordable equivalent, as well as a bike with Honda's legendary reliability. Ironically, the Shadow now sits in my garage awaiting an engine-out repair I haven't gotten around to since summer. I guess the joke's on me.