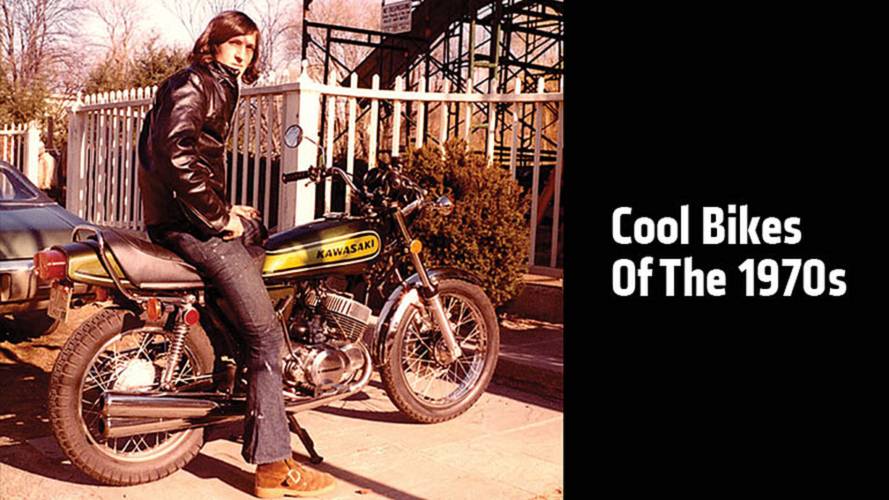 There were plenty of cool motorcycles during the 1970s so we cherry picked a few of them to get you thinking about your next garage acquisition.

The 1970s gave us disco, Star Wars and two energy crises, but it also produced some really cool and collectible motorcycles. While the muscle car era saw its demise from the 1973 oil crisis, motorcycles remained largely unaffected and marched forth with their cafe racer stylings and design.

Here’s what we assembled as some (keyword is some), and by no means a definitive or all-encompassing list, of the cool bikes of the 1970s.

Italian manufacturer Laverda started out in 1873 making farm machinery, and moved on to motorcycle manufacturing after World War II. They started out making only small bikes, scooters and mopeds, but in 1960s, rocked the motorcycle industry with the introduction of a 650cc parallel twin. After producing only 100 of these bikes, the engine was punched out to 750cc, and these bikes began dominating the Italian motorcycle racing circuit. The 750GT (touring) features a slightly softer engine map than the 750S (sports) model and has a smaller gas tank. The late-model 750GTs also marked the switch from Grimeca brakes to Laverda’s own drum brakes.

BMW has always been known for its solid and utilitarian design when it comes to motorcycles, but designer Hans Muth asked to create a machine that would be completely different from anything that BMW has ever offered, and in 1973, the R90S was born. The R90S is powered by a type 247 engine, also known as an airhead; an air-cooled flat-twin or boxer engine. Always at the forefront of technology, this BMW had an adjustable hydraulic steering damper and adjustable rear dampers for preload. This 898 cc bike could reach a top speed of 124 mph and had a quarter mile time of 13.5 seconds. 17,455 examples of the R90S were sold from 1973 to 1976, and the R90S would go on to become the R1000S in 1977.

John Taylor of Schenectady, New York had a dream in the 1960s to create a U.S. built dual-purpose motorcycle that would excel in every category: reliability, speed and power. In 1971, Taylor achieved his dream and produced 760 examples of the Yankee Z, but it would be the first and only year of production for the Z as delays in production and high costs would ultimately cause the company to shutter its operation. The Zs that made it off the production line were powered by two single-cylinder, 2 cycle, air-cooled engines that were joined together to make a torque-heavy twin. To offer versatility for both on- and off-road use, the engine essentially become a giant single cylinder engine by firing both cylinders at the same time or taking turns at the top of the stroke like a traditional twin-cylinder engine. The Z was also the first production motorcycle to have a rear disk brake system.

The Kawasaki KZ1000 was the bike that every high school boy dreamed about owning. It had a 1,015 cc inline 4-cylinder engine, produced around 90 HP and was the fastest production motorcycle at the time, making it an obvious choice for television shows and films like CHiPs, Chain Reaction and Mad Max. Quarter mile times off the showroom floor were in the low 12 second range and were favorites in many police departments across the nation. The KZ1000 was also quite the capable long distance tourer with optional accessories like fairings, saddle bags and highway bars. It’s pretty safe to say that the design of the bike is timeless as it still looks great even by today’s standards.

Debuting at the Milan Motorcycle Show in 1975, the original Moto Guzzi 850 Le Mans was styled as a true cafe racer and considered by many as a classic example of innovative design and styling. The Le Mans put out close to 80 HP to the rear wheel and has a top speed of 133 mph. There were a lot of design firsts for this bike, like the use of matte black instead of chrome to accent paintwork, and a one-piece seat made of injection molded foam that hugged the tank. As the name suggests, it’s an homage to the 24 Hours of Le Mans endurance race that takes place every year in France. This bike was very popular in its heyday and is still sought after by collectors and enthusiasts.

The design direction from the ‘70s is something that’s still quite popular within the industry, less from the manufacturers, but a definite inspiration for custom speed shops like Roland Sands Design and British Customs. There’s an aesthetic from these bikes that will never cease to be cool, and it was this era that began to push what was achievable on two wheels.

I’m sure I’ve left off some pretty amazing motorcycles, so sound off in the comments and let me know what else was bitchin' in the '70s.