Why Don't All Bikes Have ABS? 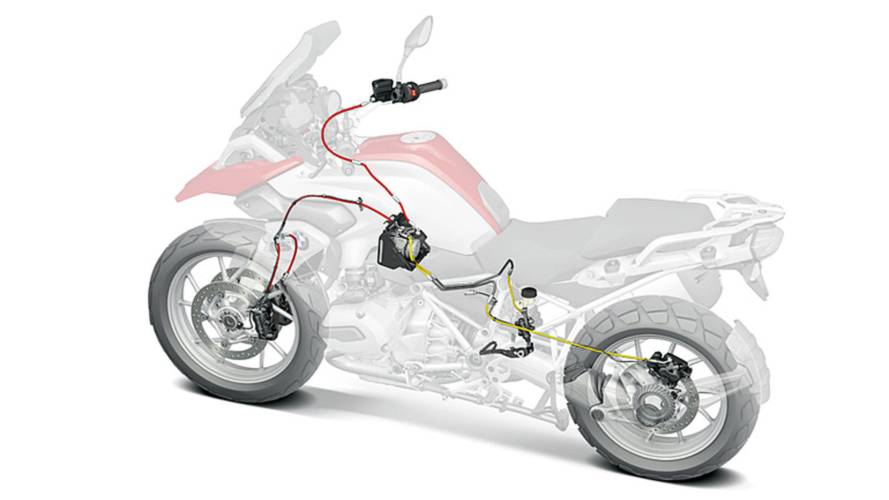 Wherein we break down some reasons why all motorcycles do not come standard with ABS.

Anti-lock brakes have been A Thing in automotive circles for years, but we hardly see them on bikes. Why not? In this modern era of motorcycles, it's a very valid question. Considered a major safety feature by many, the lack of ABS on some very expensive motorcycles does seem kind of curious.

A motorcycle anti-lock brake system prevents a bike's wheels from locking during hard braking situations. Based on information from wheel speed sensors, the ABS unit adjusts the pressure of the brake fluid in order to maintain traction and avoid crashes. It helps the rider to maintain stability during braking, decreases stopping distance, and provides traction even on low friction surfaces like wet pavement or gravel. While older motorcycle ABS models are derived from car systems, more recent ones are the result of research focused on the specifics of motorcycles – specifically size, weight, and functionality.

That all sounds great, right? If ABS keeps a bike upright in situations where a non-ABS bike would go down, thereby preventing crashes and possibly saving lives, why isn't it more common? Good question. While there are many different reasons, I'm going to focus on what I think are the three biggest here – bike size, bike purpose, and cost/aesthetics.

One reason that many bikes don't have ABS is size. For example, the European Commission passed legislation in 2012 mandating that all new motorcycles above 125ccs sold from 1 January 2016 be equipped with ABS. Notice how they left out everything 125ccs and under? Bikes that small simply do not have enough mass or sufficient speed to warrant installing all the ABS systems. They are also usually either off-road bikes, scooters, mopeds, or other inexpensive, lightweight machines where weight and cost increases of ABS would outweigh any benefits.

A bike's intended purpose, and where it will be ridden, also play into the decision to outfit it with ABS. Not all riding surfaces are created equal, and ABS can be more a hindrance than a help in some of them. Outside of the EU standards, other regions allow manufacturers to decide what models receive ABS. In these places, a motorcycle's intended purpose, market segment, and price point all dictate the inclusion of ABS.

Yamaha's WR250R is a prime example of purpose overriding the ABS decision. This is a dual-sport motorcycle intended to spend more time off-road than on, and ABS is a hindrance to proper control in the dirt. You want the tire to skid, because a skidding tire creates enough friction to stop the bike by allowing dirt to grip dirt.

Another reason ABS isn't as common as it could be is price. This is less of a factor now than when it was originally introduced, but ABS still means a cost increase. It also adds additional weight thanks to the various ABS systems, and it definitely clutters up the motorcycles aesthetics.

While that last bit may not seem important, a large segment of motorcycle buyers disagree. Cruiser owners, for example, tend to have a very high regard for style over technology. Harley Davidson only offered ABS on its top models until recent years due to the majority of buyers thinking it was ugly to look at. The Motor Company still only offers it as an option on its non-touring models, and that's with a $795 price tag. For 2018, ABS isn't standard until you hit the Road King Special.

Should All Motorcycles Have ABS?

Well, that's the question right? Have a look at this video from the Insurance Institute for Highway Safety:

READ MORE: How to Change Your Motorcycle Oil

Illustrative, no? That's a pretty drastic difference between ABS and non-ABS braking systems. That said, even after the above video, I am of the opinion that not all motorcycles need ABS. I do, however, think all road-going motorcycles should have ABS as a standard feature. Also, I feel that riders should be able to disable ABS systems if needs be, because there are situations where ABS is more a hazard than a help.

What about you? Where do you stand on the whole ABS issue? Are you for or against or just kind of neutral? Let us know in the comments below.