How Does Motorcycle ABS Work? 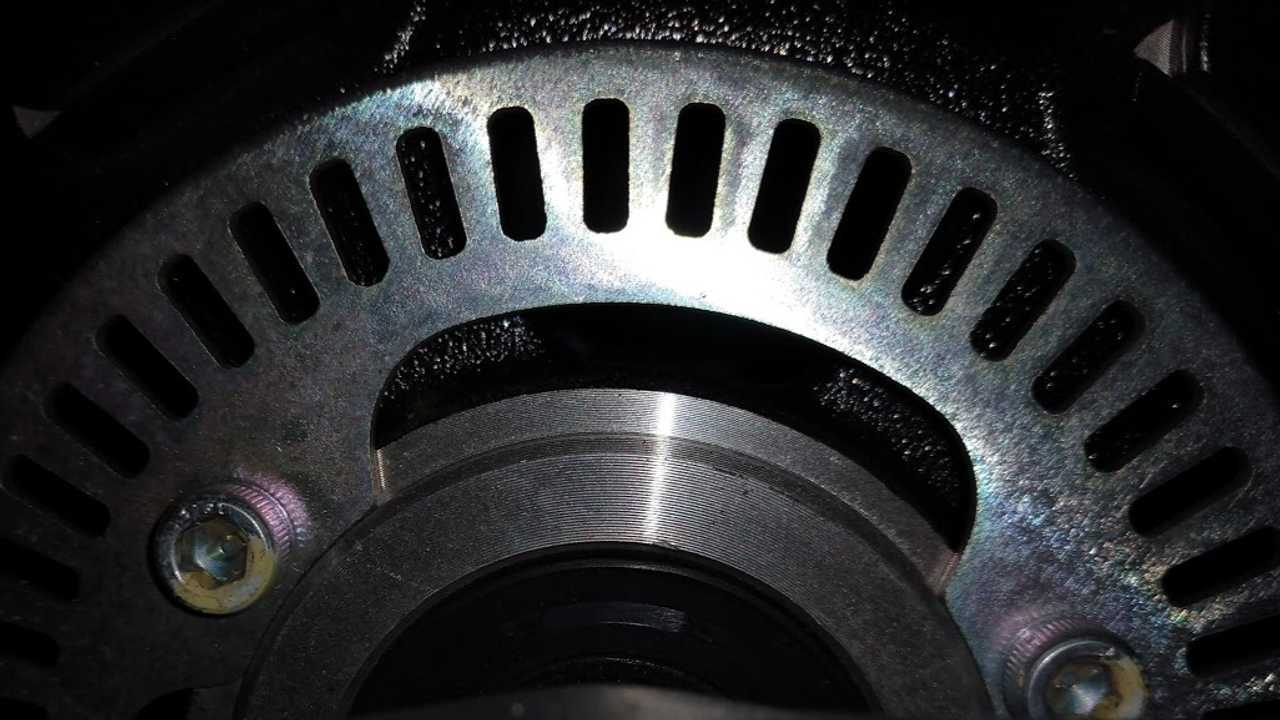 ABS helps you brake safely. But how does it work?

Antilock Braking systems (ABS) provide safe braking at a bike’s maximum potential deceleration. After decades of development, ABS is now standard equipment on many bikes, and has been required by law on every motorcycle sold in Europe since 2016. How do they work, though, and why do we need them?

Ask RideApart: Is ABS Worth It?

The maximum braking force a wheeled vehicle is able to achieve, called threshold braking, occurs just prior to wheel lockup. When you get good at threshold braking you’ll recognize it by the howling noises your tires make. Unfortunately, that threshold varies by road surface and condition. Weather, surface temperature, sand or other hazards, and uneven pavement all factor into the point at which motorcycle tires let go. The grip of the tires themselves varies by age, type, and condition. The geometry and weight of the motorcycle also plays a part in this complicated equation.

Early ABS systems weren’t very much of an improvement. They were able to prevent wheels from locking, but often couldn’t achieve the same rate of deceleration as a reasonably skilled rider and were prone to kicking in when not needed. You’ll encounter riders who insist they’re better at braking than ABS is so they don’t need it, and these are probably the systems they’re remembering. Thanks to the ever-increasing sophistication of computerized control units, modern ABS has improved to the point where its actuation is undetectable and its effectiveness is undeniable.

What Makes It Work

All ABS systems share the same basic components: a slotted ring on each wheel is used to monitor and compare wheel speeds, with a microprocessor in the ABS control unit, or module, making constant calculations. The rider still actuates the brakes via hydraulic lines. On an ABS-equipped bike, the hydraulic pressure flows through a pump controlled by that ABS module which is fitted with simple solenoid valves. These valves have the ability to open and close very, very quickly, and they have improved significantly through years of development.

As technology advances, additional sensors collect more data. Those sensors can include lean angle, handlebar angle, and throttle position, along with wheel speed sensors. Each have started informing the other of their individual actions. As microprocessors get smaller, more powerful, and less expensive, the motorcycle’s central computer collects information from the speed sensors, using it in concert with information from the other sensors to provide things like traction control, launch control, and anti-wheelie control. The sudden proliferation of electronic rider aids used in modern race bikes, which has now trickled down to a whole bunch of production motorcycles, started with the humble, early, clunky ABS module and its wheel speed sensors.

You’ve probably been there, riding at night in the rain, when someone without the greatest eyesight pulls right into your path. You grab a big ol’ handful of brakes, and stomp on the pedal, and instead of your front wheel slipping out from under you on that smoothed-out metal manhole cover, you and the bike come to a perfectly composed, upright stop.

You remained upright was thanks to the ABS module and its constant monitoring and comparison of wheel speed, which detected the wheel speed mismatch, then opened those solenoid valves to release piston pressure on the brake pads for a fraction of a second, then closed them, then opened them again, repeating about every hundredth of a second or so, until wheel speeds matched again, or the bike was at a stop. The only thing you had to do was mash those brakes, and keep piloting the bike.

ABS Bikes Then And Now

Twenty-plus years ago, bikes equipped with ABS were mostly heavy tourers. Actuating an older bike’s ABS saw a ton of lever pulsing as the system modulated brake pressure a few times a second. You could feel the rate at which it could process data, and there was definitely an “oh shit no brakes!” moment in there the first time those solenoids let go. While it prevented wheel lock up, it wasn’t too much better than a really skilled rider. Add about ten years of development and that pulsing was instead a vibration, and the stopping distances moved just forward of a very good rider. And since no rider can predict every situation (like invisible piles of chip-seal chips on the road), ABS wins every time.

Modern ABS technology has advanced to undetectability. You and the bike simply come to a controlled, rapid stop in the shortest distance possible. No pulsing, no second-guessing the efficacy; the bike is held at threshold braking no matter the surface, until you release the lever. Not only is it seamless, but current ABS delivers all the feel and control you get from a non-ABS bike. On the latest generation of ADV and dual-sport bikes, you can still sometimes catch ABS off-guard while attempting to shed speed on a steep descent, where you actually want full rear brake lock.

Modern ABS systems doesn’t take control or feel away from the ride. Even the most skilled racers can no longer out-brake the computer, even in perfect conditions. In today’s horrifying smartphone-distracted traffic, ABS is a great tool in your line of defense against careless, distracted drivers. Your ABS bike simply stops faster and more safely. That’s an advantage you need, whether you want to admit it or not.

Does your bike have ABS? Why or why not?

Has your experience with ABS been a good one?