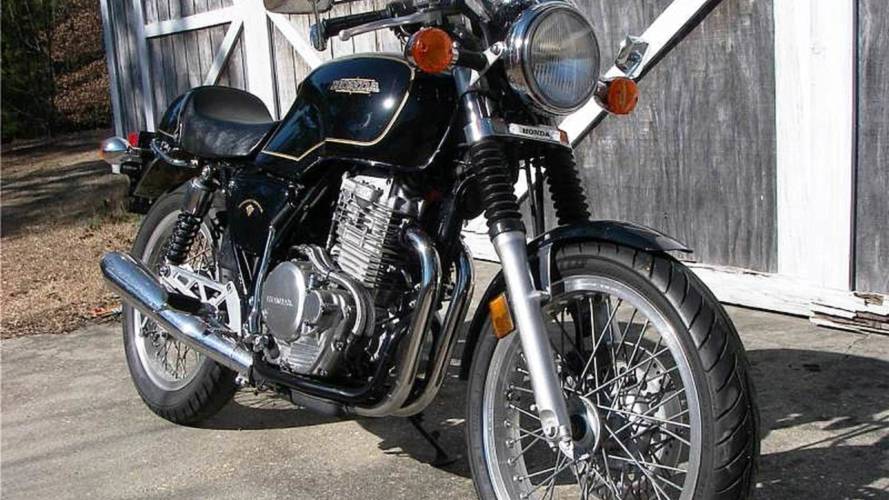 This week on Panjo we found a Honda GB500 Cafe Racer, the bike that cements Honda's hipster street cred.

This week on Panjo we found a Honda GB500 Cafe Racer, the bike that cements Honda's hipster street cred.

Before "Before It Was Cool" Was Cool

Being into something "before it was cool" is one of the defining features of those we have all come to define as "hipsters." Or at least saying you were into it, that is. There's little doubt that the modern "cafe racer" is the bike to have among the hip crowd.

Well, what if I told you that Honda was into cafe racers way before many of these recent bandwagon jumpers? The Honda corporate behemoth produced a note-for-note cover of the classic British single cylinder cafe racer 30 years ago, and no one cared. The bike was called the GB500 Tourist Trophy, and it was basically a modern interpretation of the classic Norton Manx racing bikes of the 1930s to 1960s.

Land of the Riding Trend

Japan got these bikes in 400cc and 500cc versions in 1985. Also, the Japanese immediately got these bikes while the USA didn't get them until 1989, and never really got them on a large scale.

Much like the Hawk GT 650 that came out around the same time, this was an excellent bike that went right over the heads of Americans who were only interested in cruisers and big bore sportbikes. It would take a whole new generation of young American riders to embrace the joys and benefits of smaller, simpler bikes like the Suzuki SV650, and the CB350-based (and other small bore, lower powered) cafe racers that are all the rage these days.

These days, clean examples of the sales flop GB500 sell for as much as they did when they were new 25 years ago...or more. The new list price in 1989 was just over $4,000, but completed listings on eBay range from about $2500 to $9500. These are rare, beloved bikes with a cult following here, and a rabid enthusiast community in Japan and Europe.

But no need to fear the rarity, the parts are all from the Honda bin, and the powertrain is right out of a Honda XL600 dual sportbike, with a few modifications. They make about 40hp, and it's usable from right off idle to about 8,000rpm. Plus, they only weigh about 400lbs.

Buy Your Piece of History

It's no stretch to imagine that if Honda were to bring this bike back today, with almost no changes, they would sell better than they did when new. This particular example has low miles and is just a good detailing away from looking like new, for $5,500. Here's what the seller has to say about it:

"Honda factory 'café racer' in good condition, 8300 miles give or take a few.

Has Ikon rear shocks, I have the original shocks and mirrors. Includes tool kit, owners manual, and service manual.

Some small scratches/swirl marks on tank."

It currently lives in Erwin, NC and you can find the listing here on Panjo