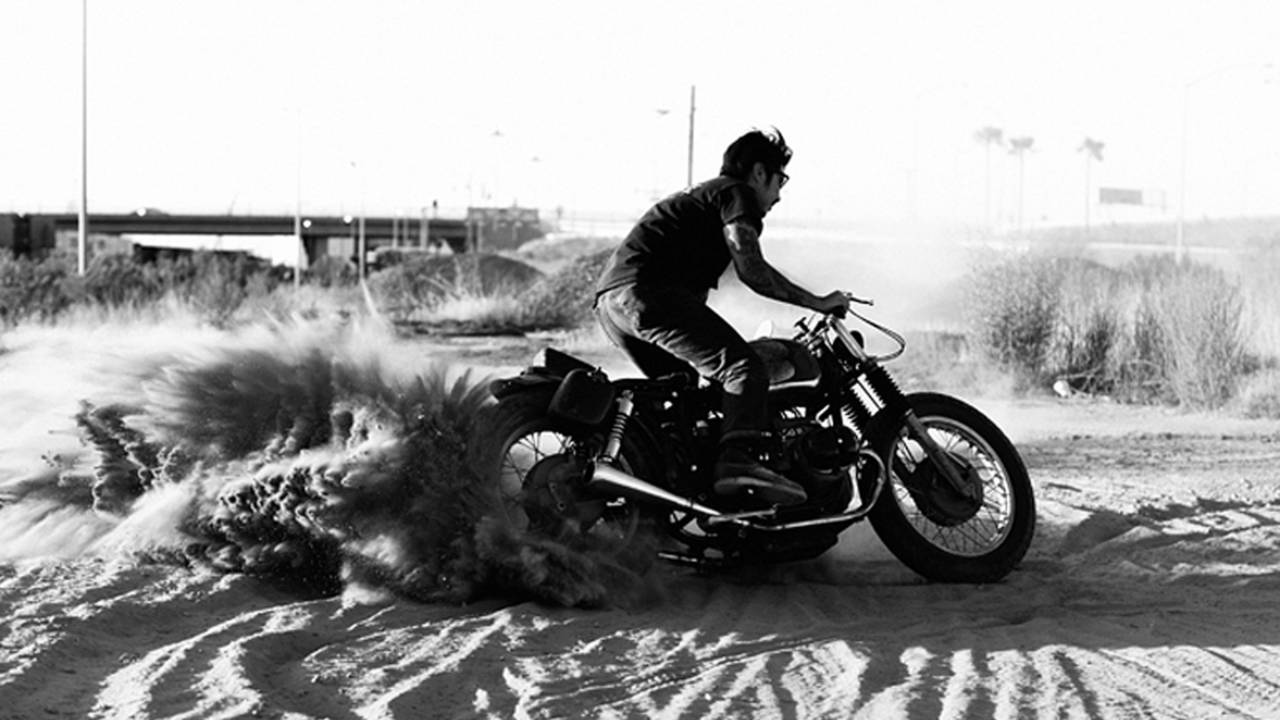 'Brat Style' is a familiar term to anyone in the custom motorcycle world.

"Brat Style" is a now familiar term to anyone in the custom motorcycle world. You can scroll through the comments section of any blog, Facebook page, or Instagram that posts custom bikes and see comments like, "That Honda is lookin' pretty bratty" or "Almost done with my brat style Yamaha."

The term took hold and has gained ubiquity on par with choppers, cafe racers, bobbers and trackers. It usually describes any Japanese bike with a lower stance and bigger vintage replica tires, like the Firestone Deluxe. Although the term is often used to describe a motorbike that is definitely influenced by "Brat Style," the origin of the word isn't necessarily common knowledge.

Back in 1998, well before the term took off, "Brat Style" was simply the name of a custom shop in Kita, Tokyo. From there, the man behind the style, Go Takamine, started turning out bike after bike— crafting each with his unique style. For me, Takamine's style is rideable, fun and balanced with a certain specific amount of quirk built into every bike.

The "Brat Style" brand grew over the years and propelled Go to the top of the custom world. He eventually achieved such a high level of respect and notoriety within the moto community at large that he was commissioned by major manufacturers like Yamaha and BMW to promote their new models with custom builds.

At the height of his success, Go made the decision to branch out and open up his next venture: Brat Style USA. He chose Long Beach as the home for his new shop in the West, and Go has been turning out the same great style from California that he perfected in Japan. Since opening up in Long Beach in 2014, he has been churning out custom bikes with the same great, unique style that's been his signature trademark.

One of his latest builds was an Indian Chout. Basically, it's a 1927 Indian Scout frame with a big old 1940s Indian Chief motor stuffed into it. He built it for one of the world's biggest vintage custom motorcycle shows, Born Free, held in Silverado, CA. Go ended up winning 'Best Indian' with his wild ride and has continued to work on the bike, modifying it for use at other events such as The Race of Gentlemen and various Hell on Wheels events throughout California.

Go is not only one of the world's best custom bike builders, but he's also a truly skilled rider. I've ridden with him and watched him ride on several occasions and he has a remarkable ability to make the bike move exactly how and where he wants it.

He's been called the "Japanese Steve McQueen." He has an aesthetic, style and vibe that stays consistent through his professional and everyday life. Frankly, I think that's what makes "Brat Style" so great: years of a specific aesthetic built through building fine custom bikes and living them. The real proof of Go's achievement is the way it has spanned not only genres and brands, but now cultures and continents too.

Every bike he creates is different, but carries with it an untraceable consistency that just screams "Brat Style." Go Takamine has built something legendary. "Brat Style" may have taken on its largest life as a term to describe sometimes ambiguous stylistic elements, but it's important to remember and appreciate the very specific, truly original man whose work birthed it.

I hope in the future people can look back on articles like this and be able to find exactly where something came from. And I hope that, through articles like this and others, fans of the techniques pioneered by Go and his peers can attain a wider appreciation for not only the styles, but the masters behind them as well.