Customized Harley-Davidson motorcycles are nothing new, but the Milwaukee, WI motorcycle juggernaut embarked on its first Dealer Customization Contest (dubbed U.S. Custom King) this year and crowned its first winner.

One look at their stunning version of the HD Street 750 and there’s no wondering why it took the top award. It might just be their perfect combination of modern and vintage, drama and restraint. Whatever the case, it’s simply gorgeous and begs to be ridden.

Alex Stewart, his build team and his design from Yellowstone Harley-Davidson in Belgrade, Montana nabbed the win. This was no small feat considering that almost 100 dealerships in the U.S. competed, using the Street 750 as the standard basis bike on which to build. Harley-Davidson figured the robust talent throughout their dealerships would make for an excellent competition, giving dealers the opportunity to express themselves using a consistent canvas in the Street 750.

Stewart’s version of the customized Street 750 was inspired by vintage board track racers that were popular in the 1910s and ‘20s—minimalist racers that would take to a steeply-banked wooden oval track. But it’s far more than just a homage-style bike. The sheer amount of work and originality that went into it are positively inspiring. 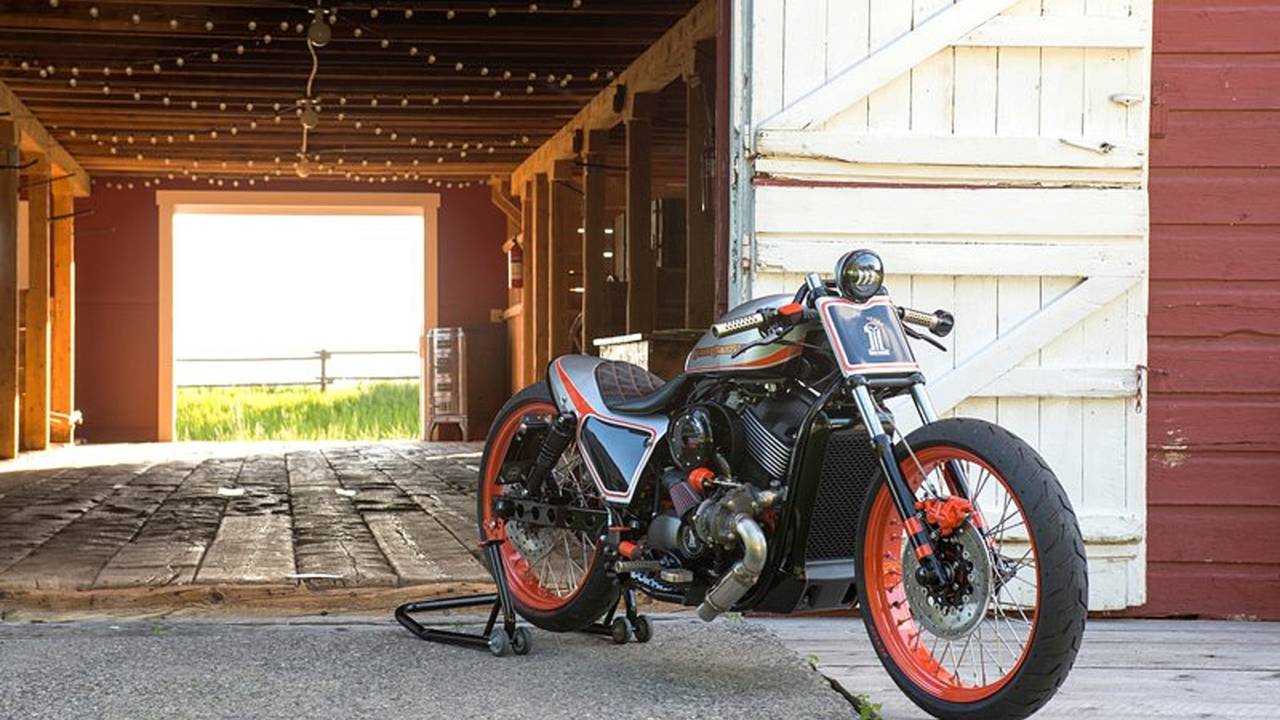 The team wanted to infuse the bike with Harley-Davidson's style as well as a collective personal expression. The result was a silver, black and Harley-Orange color scheme with customized wheels, pinstriping and orange highlights on the tires, brake calipers, as well as other components.

The one thing you won’t notice immediately is the team’s use of a turbocharger on the engine, making an already quick bike that much faster. It’s a beauty that it both, looks a way and delivers the performance to match.

The Yellowstone Harley team beat out over six other finalists at a dealership vote. Other worthy team finalists were:

The winning bike also showed up last weekend (September 5th and 6th) in Milwaukee, Wisconsin at the Custom Bike Show Weekend at the famous Harley-Davidson Museum.

MUST READ:  Thing of Beauty - Director's Cut of the 2016 Husqvarna Enduro video, They Make it Look Easy | RideApart

UPDATE: We updated this story to show some of the runner-ups. These are the only photos provided by H-D.