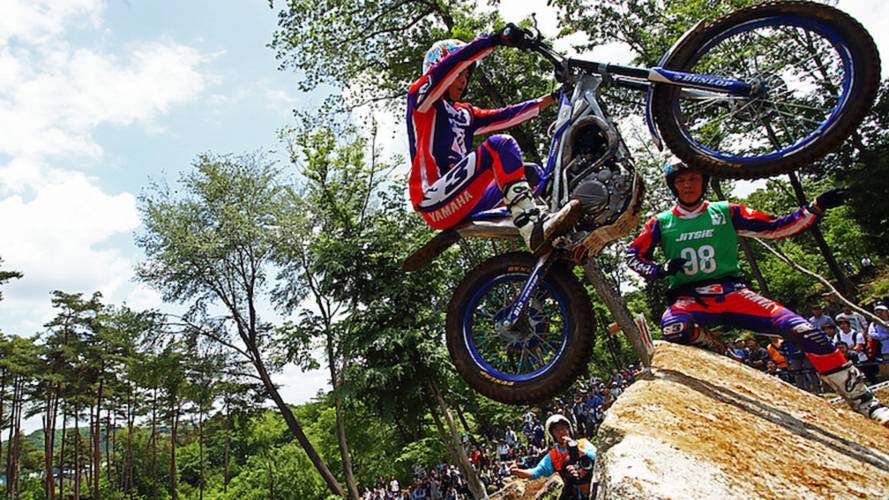 New patent for “TY-E” moniker points to Yamaha introducing an electric trials machine in the near future.

Electric powertrains lend themselves to a lot of cool motorcycle applications. Because trials bikes typically weigh in at around 160 pounds, an electric motor is more than capable of proving the oomph and battery life needed to be comparable to a traditional gas-engine trials bike. The introduction of the FIM’s Trial-E Cup has prompted a handful of manufacturers to invest in the development of electric trials offerings, and it appears the latest marque to get in on the action is Yamaha, which has just filed a patent for a “TY-E” model.

Yamaha has been using its TY designation on its trials bikes for more than four decades, producing machines ranging from 50cc all the way up to 350cc. Because the company is already backing a factory team of riders using its TYS250fi, it’s not unreasonable to assume that Yamaha’s upcoming electric trials model will be comparable to either a quarter-liter internal combustion engine or an eighth-liter bike, as the Trial E Cup sees 125’s go up against electrics.

PICKING APART PATENTS: What patents can tell us

Companies that produce trials bikes tend to be smaller outfits compared to traditional motorcycle companies, with marques like Gas Gas, Beta, Sherco, and Montesa all producing competent, competitive versions of the lightweight two-wheelers. However, big OEM’s like Honda and Yamaha have also demonstrated that they too have major stakes in the trials market.