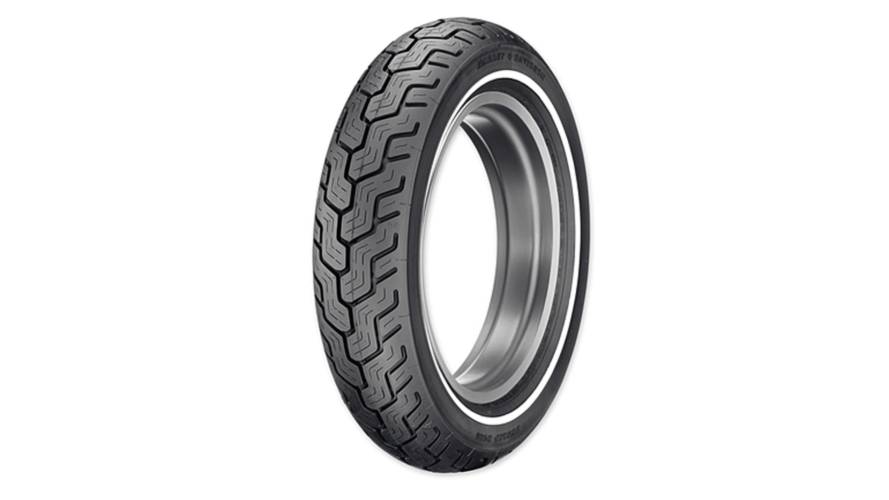 After a series of fatal crashes, the Dunlop D402 Harley-Davidson tire has come under scrutiny, but Goodyear claims that nothing is wrong with the tire.

To recall or not to recall: deadly tire-related incidents raise concerns

Recalls are costly but necessary procedures for manufacturers. Safety comes before money, especially with automotive and motorcycle parts. A failing piece can have fatal consequences as proven by history. So, it begs the question: how many incidents will it take to shake a manufacturer out of their apparent denial?

CHECK OUT: Everything You Wanted to Know About Motorcycle Tires

Five. That’s the number of deaths linked to failure of the Goodyear Dunlop D402 Harley-Davidson tire. Add 22 injured in the accidents the blowouts caused and you start to notice a concerning pattern. By now, manufacturers would normally notice it too and react. Most manufacturers, but apparently not Goodyear.

The most recent incident involving the D402 happened in April 2016 when a Dunlop back tire blew out, catapulting Brett and Angela Nielsen off their motorcycle. Angela landed in a shrub and “got away” with multiple fractures. Brett wasn’t so lucky; he was projected into a post and died. Despite what seems to have become a pretty strong case for a recall, the manufacturer continues to argue that in those cases, the users are to blame for over-inflating or overloading the tire.

The argument could be a valid one if there weren’t so many tire-related lawsuits against the tire company, eight of which have ended in a settlement and three that are currently pending. Only two of the lawsuits have favored the manufacturer.

Mechanical engineer Gary Derian, who was hired to testify in one of those cases, noticed after inspecting the tire that there was an adhesion defect in the tire cords which had led to its failure. Tire expert William Woehrle, expert witness in a dozen cases of D402 tire failures, came to the same conclusion: the failure had defect written all over it.

CHECK OUT: How to Tell When Your Tires are Too Worn — Safety Tech

Goodyear seems to suffer from chronic denial, however. Or maybe the company’s too busy dealing with the lawsuit involving their G159 tire, built for low-speed vehicles and often fitted on RVs. Between 1996 and 2003, failure of this model of tire has allegedly caused 95 deaths and injuries.

An investigation by Reveal News leads to believe that the tire maker is facing turmoil not only on the outside but also on the inside. Fines for safety regulations violations, a spotty safety record, and a top-five spot as one of the highest-ranking manufacturer in workers deaths. The picture looks rather grim.

In the G159 case, the National Highway Traffic Safety Administration (NHTSA) got involved. However, despite Goodyear diligently reporting every incident, the agency has yet to take action in the D402 case.

CHECK OUT: Polaris Announces Recall After Indians Begin Starting Themselves

Until something is done to ensure that tragedies such as the Nielsens’ don’t happen again, be selective when shopping for motorcycle tires. Also, without wanting to sound like your mom—or do I?—do your regular tire check-ups to avoid surprises. Surprises on two wheels rarely are good ones.