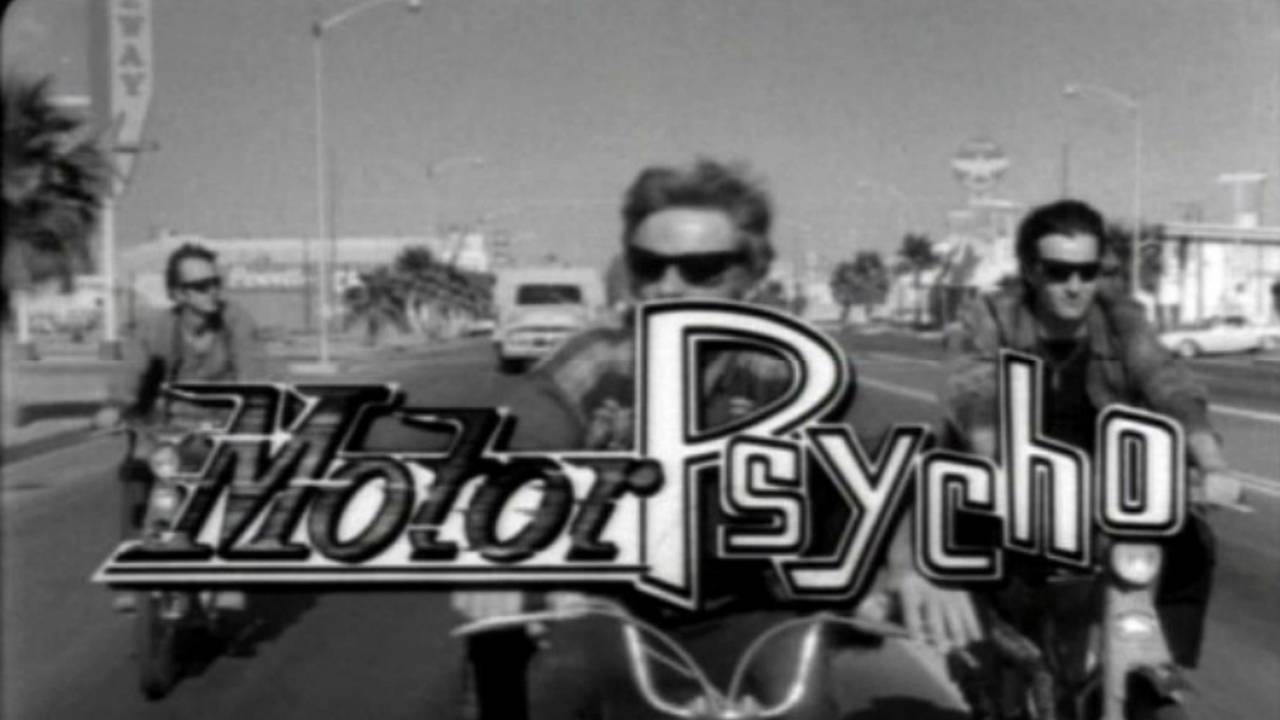 MotorPsycho! (1965) - Movie ReviewLast month I brought you a review of a not-very-good modern biker movie called Exit Speed (2008). This month I...

Last month I brought you a review of a not-very-good modern biker movie called Exit Speed (2008). This month I bring you a review of a "classic" (meaning it's in B & W) from the guy who wrote and directed Faster Pussycat! Kill! Kill! called MotorPsycho! (1965). Made for the late night drive-in and sleazier B-movie houses of the 1960s, MotorPsycho! was as titillating as a film could be in an America where Elvis was still considered obscene.

If you are familiar with the work of Russ Meyer (and most American men who are older than the internet are) you'll know that his movies were renowned for their racier elements. Sure these movies are sexist and exploitative, but by 21st century standards they seem almost quaint. If you are a a fan of strong foundations, and all natural, organic, free range sex symbols (who never even take their clothes off) you'll love Haji and the other women in this movie.

Anyway, the plot—for what is is—follows a small gang of bikers who are up to no good out in the desert between L.A. and Las Vegas somewhere (I'm going to say Baker.) This must have been before America got Honda's memo about the nicest people, because these three beatniks are all on Honda step-through scooters. Yes, you heard me, the bad ass gang of Huns, terrorizing this desert town, beating its men and ravaging its women, ride in very slowly on what look like Honda Trial 90s, with a top speed of maybe 50mph on a good day. Yes, that's right, the bras in this movie have greater displacement than the bikes.

Perhaps Russ was trying to be modern and make a statement about how even the boy next door on his harmless looking scooter could be a rapist? I'm assuming that is what happens. The worst we see is some kissing, some fondling, and some awkward unwanted dancing, which pretty much describes my senior prom night. If you are put off by the way women get treated in this film, screen it back-to-back with Mr. Meyer's better known film Faster Pussycat! Kill! Kill! where the same actresses for the most part get to do all the beating and assaulting on the guys. Sucking the poison out of a snake bite is the closest thing to an actual sex act you'll see in this risqué film.

Anyway, they ride in, they rough up some guys. The gang ends up shooting a guy with his own gun, and suddenly the leader of the gang (Brahmin) is having the first recorded example of Vietnam flashbacks. From there, things go downhill fast, with more people getting shot, the rape, a few other assaults, and Brahmin becoming increasingly unhinged.

The odd thing about this movie, and what it shares with a lot of the later biker films, is how old and square all the non-biker-guys seem. Even the hero of the film, who sets out to avenge his wife's rape, seems like a total dweeb. And all the other guys in town seem old enough to be Haji, Arshalouis Aivazian or Holle Winters' grandfather. Perhaps Russ Meyer was sending message to the Greatest Generation; putting them on notice that the Baby Boomers were in charge here, and they were coming for your wives and daughters. Maybe?

Takes From Around the World (Wide Web)

Rotten Tomato Rating: 67% (that has got to be a mistake!)

RideApart Worth Watching: 38D (so bad it is good, and if you like hourglass figures, doubly so)

Redeeming Quality:Coleman Francis, the actor, writer, director of such MST3K favorites as The Beast of Yucca Flats has a brief roll as the old man who must have gotten Haji in some sort of mail order bride arrangement.

Also, a very young Toyota Motor Company did a product placement, so there are some very interesting early cars (I want to say a Corona) and Land Cruisers on display throughout the film.

Worth Noting: Wikipedia says this the the granddaddy of all biker films. If you have a problem with that you should get over there and tell them, not me. My vote would still be for The Wild One, even though it lacks a lot of the trappings of the later 1960s films.

This movie, if you didn't click on the link at the top, is available in its entirely via YouTube, so you can watch it literally anywhere!