Could Ducati Shoehorn Its Granturismo V4 Into The 2023 Diavel?

Ditching its trademark Desmodromic valvetrain, the Bologna brand sprung for valve springs, relaxing services to 9,000 miles and 36,000 miles for valve checks. The Granturismo V4 didn’t skimp on thrills either, pumping out 170 horsepower (at 10,500 rpm) and 92.2 lb-ft of torque (at 8,750 rpm).

With the Multistrada transitioning to a V4 powerplant and Ducati consolidating the Monster into a Testastretta 950 platform, the Diavel remains the only model to utilize the firm’s 1,262cc Testastretta V-Twin. As the first episode of Ducati’s 2023 World Première approaches on September 2, 2022, our European colleagues at Motorrad and Moto.it are swinging for the fences (do they even play baseball?) with their latest Duc prediction. 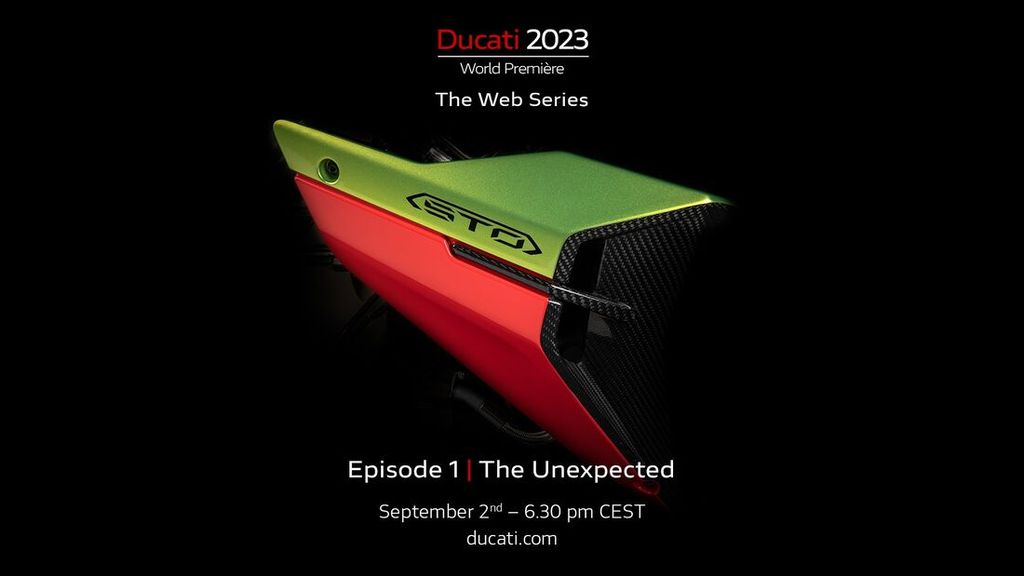 Titled “The Unexpected”, the first World Première installment promises to kick off the months-long event with a bang. The promotional image released by Ducati showcases a two-toned air scoop with the letters STO emblazoned across the top. Within Lamborghini nomenclature, STO stands for Super Trofeo Omologata, which denotes the brand’s homologated Huracán Evo and GT3 Evo race cars.

Ducati and Lamborghini are far from strangers. In 2020, the pair collaborated on the Diavel 1260 Lamborghini, a limited-run variant based on the Raging Bull’s Siàn FKP 37 hybrid supercar. With the STO branding in tow, we wouldn’t be surprised to see the muscle cruiser in yet another Lamborghini-inspired livery. That doesn’t mean the Diavel will also earn a V4, you may protest. But, stick with us for a second.

Looking at the pictured air scoop, it greatly differs from the bloated units presently adorning the Diavel. Actually, it doesn’t match any of the bodywork on Ducati’s current lineup. Aside from snazzy paint combos, the long-in-the-tooth cruiser hasn’t received a refresh since 2019. A 2023 revamp would change all that, and if Ducati's in there, why not throw in a V4 while they're at it?

Obviously, Moto.it and Motorrad might be going out on a limb (based on the available facts), but that’s also what makes speculation so much fun. On that note, what do you think Ducati has up its sleeve? A V5-powered scooter? A single-cylinder grand tourer? Whatever it is, it better be unexpected.