His legacy will live on through his family and friends

2021 was a tough season for motorcycle racers, families, and fans. Several young, up-and-coming riders such as Jason Dupasquier and Dean Berta Vinales died as a result of injuries sustained on the racetrack. Unfortunately, the 2022 road racing season hasn’t even started and we’ve already lost another promising young talent.

California-based rider Jason Aguilar was a rising star in the MotoAmerica ranks, but the racer tragically lost his life following a mountain bike crash on February 5, 2022. While friends helped first responders transport Aguilar to the Providence Mission Hospital in Mission Viejo, California, as soon as possible, he, unfortunately, didn’t arrive in time.

“(Jason) was rushed into surgery to relieve bleeding in his brain,” explained Jason’s father Bob Aguilar in a February 6, 2022 Facebook post. “While the surgery was successful in stopping the bleeding, he went without oxygen to his brain for too long before the surgery. As a result of the lack of oxygen, he suffered catastrophic brain damage that is irreversible. 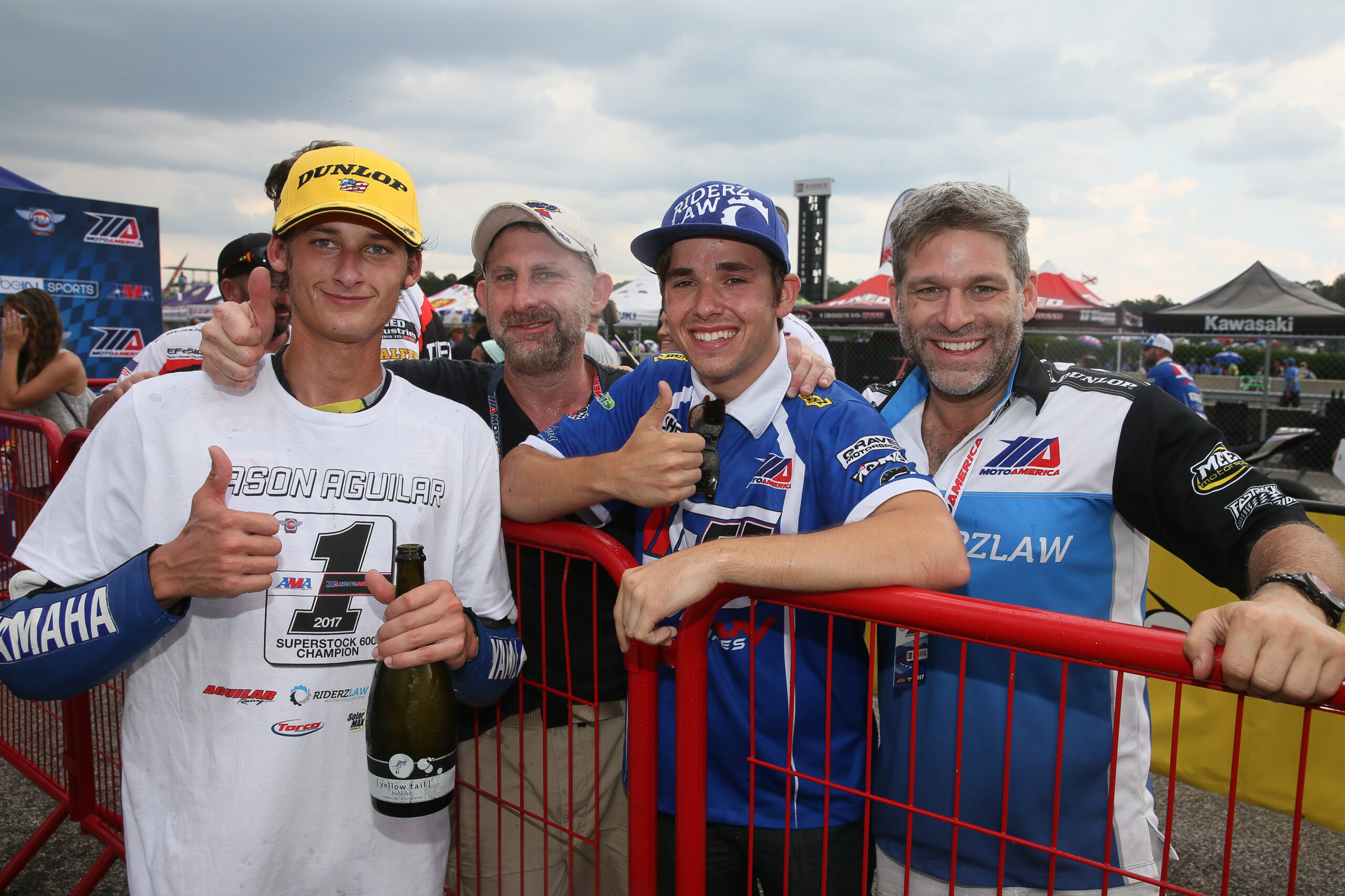 Aguilar started racing at a very young age, capturing M1GP and SCminiGP crowns before winning MotoWestGP and WERA titles. At 17 years old, he finished sixth in the 2014 AMA Pro Supersport class. He followed up that promising year with four podium finish between the 2015-2016 MotoAmerica Superstock 600 seasons. Riding a Yamaha for his personally funded team in 2017, Aguilar hoisted yet another title by winning the 2017 MotoAmerica Superstock 600 Championship.

The rider soon moved up to the MotoAmerica Supersport category and finished fourth in the 2020 standings. A botched sponsorship deal ruined Aguilar’s debut bid in the MotoAmerica Superbike class in 2021, but he intended to return to full-time racing in 2022. Sadly, Aguilar never got his chance at a comeback but the rider is survived by his parents Bob and Ellen Aguilar and his girlfriend Mehgan McDonald.