The Spanish racer was only 14 years old.

International race organizations Dorna and FIM established the CEV Repsol European Talent Cup in 2017. Each season, the one-manufacturer race series awards one top-five finisher with support in the Moto3 Junior World Championship the following year. As the first stepping stone to the MotoGP grid, the Talent Cup also restricts participation to 13–17-year-old riders.

While the series’ Honda NSF250R race machines only produce 47 horsepower, motorcycle racing remains a dangerous sport. Unfortunately, a five-bike crash at turn 5 of the MotorLand Aragon this weekend proved as much. Coming into the seventh round of the European Talent Cup, Spanish rider Hugo Millán trailed the championship points leader by only eight points. Taking four podiums in six races, the 14-year-old racer was a top contender for the series title. 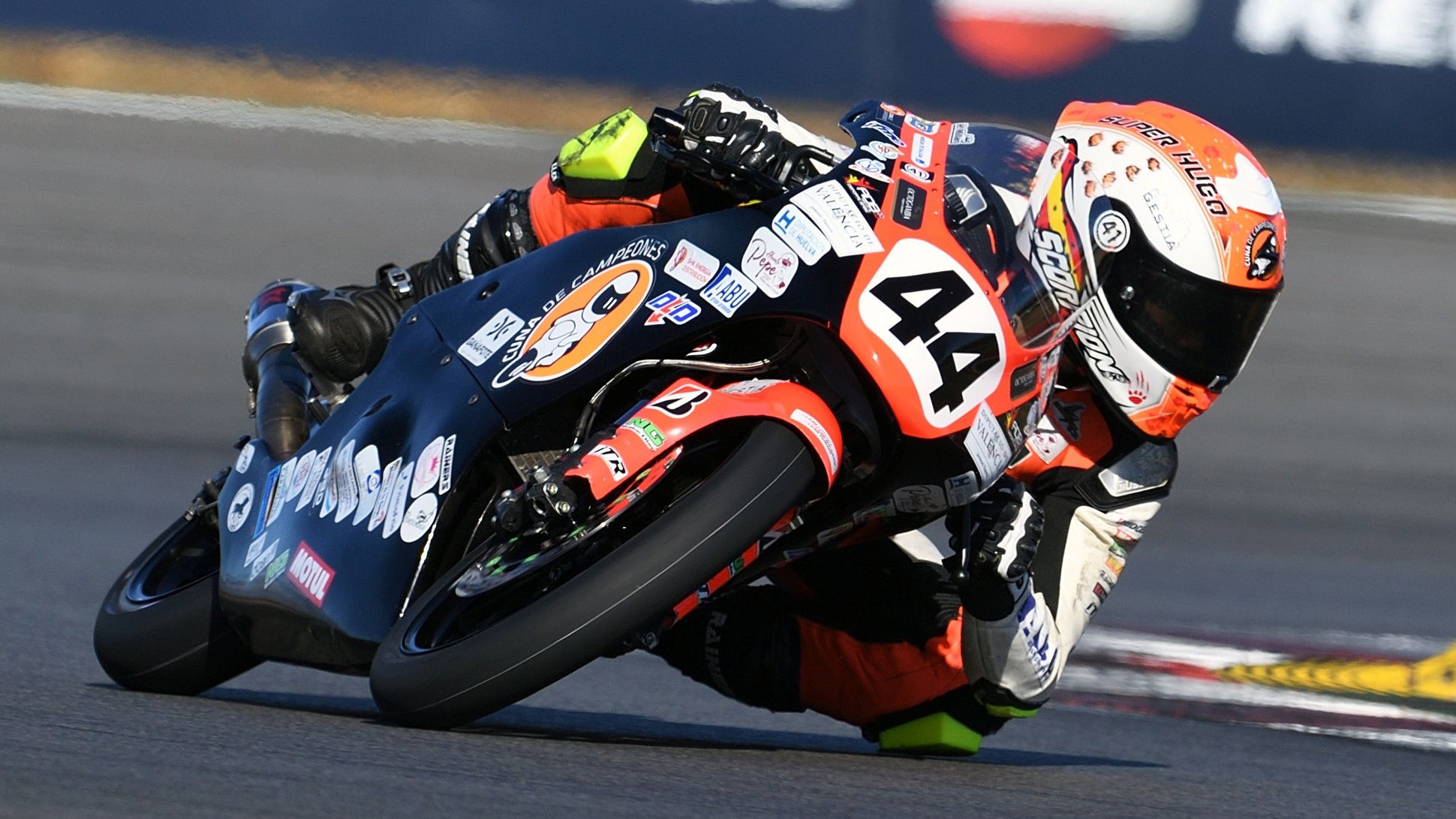 After running at the front of the pack in the beginning stages, the Cradle of Champions rider suffered a fall on the track. While several other racers evaded the downed rider, Wojchic Junior Racing Team rider Oleg Pawelec struck Millán head-on. After the incident, officials rushed Millán to the raceway’s medical facilities before airlifting the young rider to a nearby hospital in Zaragosa. Sadly, the number 44 succumbed to his injuries, prompting FIM CEV to confirm his passing just two hours after the incident.

The loss is a devastating blow to Millán’s family, team, and international motorcycle racing. After competing in the Spanish Moto4 Championship in 2017 and 2018, the youngster finished as the runner-up in the PreMoto3 series in 2019. That earned him a seat in the 2020 European Talent Cup. Despite finishing 18th in his first season, Millán jumped to the forefront in 2021. Unfortunately, his untimely passing will mar the rest of the season.

We at RideApart send our deepest condolences to Millán’s family, friends, team, and loved ones.