It looks like the German bruiser, but there's a catch.

Excelle, a Chinese motorcycle manufacturer, has released the 525X ADV, which, like other Chinese motorcycles, borrows certain design elements from a bigger, more established manufacturers—in this case, the BMW F 850 GS. It is, after all, a third of the price of the Bavarian beast, yet it has features that even the high-end German machine lacks.

Let's start with the, let's just say, most intriguing aspect: the styling. Because of the LED headlamp, you might not notice the resemblance to the BMW right away, but apart from that, there's just a smidgeon of unique styling. I mean, even the colorway is similar to that of the Bimmer.  On top of that , the tank design, bodywork, instrument housinhg, and beak are all similarly styled on the Excelle 525X. Even the gold painted wire-spoke rims look very much like the ones on the F 850 GS. 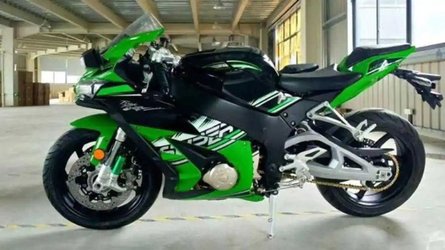 Is This The Kawasaki Ninja ZX-10R’s Long Lost Chinese Twin? 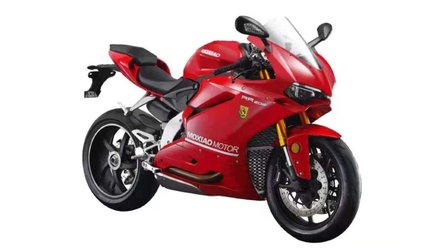 The Moxiao 500RR Wants You To Think It's A Ducati Panigale

Things are a little watered down when it comes to performance. A 493.9cc liquid-cooled parallel-twin motor produces 53 horsepower, propelling the hefty-looking Chinese ADV. I can't help but wonder if this is, yet again, a bored-out clone of Honda's CB500 engine. It's  coupled to a 6-speed manual transmission with a slipper-assist clutch. For comparison, the BMW's 853cc parallel-twin motor produces 95 horsepower.

The Chinese knockoff's suspension and braking systems aren't half bad. The 525X features an adjustable KYB USD fork with 195mm of travel and a 200mm rear monoshock. BMW, on the other hand, has a non-adjustable front fork but a fully adjustable monoshock. The Excelle 525X's braking system is comprised of Kailing calipers with dual petal discs in the front, and a single disc in the rear. Excelle even offers a single-sided swingarm version.

The Excelle 525X is very well-equipped in terms of features. The 525X has it all, from adaptive LED headlights to dual on-board chargers and a smartphone-compatible instrument panel. I guess it's a matter of seeing how long these techie features will last before going all wonky. The Excelle 525X costs 35,880 yuan (about $5,628 USD) for the base model and 41,900 yuan (approximately $6,573 USD) for the top model, which is nearly a quarter of the F 850 GS's pricing.