Just days before the Algarve GP on November 2, 2021, the Repsol Honda MotoGP team announced that eight-time world champ Marc Márquez would miss the penultimate round of the 2021 season. Given Márquez’s track record with pre-race crash recoveries, the “slight head concussion” diagnosis seemed surmountable for the number 93.

When Márquez revealed that he also suffered a return spell of diplopia (double vision) as a result of the motocross crash, the decision to sit out the last two races of the championship seemed much more reasonable. This wasn’t the first time that the Spanish rider battled nerve damage to the “right superior oblique muscle” in his eye. While in the intermediate Moto2 class, Márquez overcame the same injury in 2011 before capturing the Moto2 championship in 2012.

After the Repsol Honda rider’s latest injury, Márquez’s ophthalmologist, Dr. Bernat Sánchez Dalmau, recommended “a conservative treatment with periodic updates”. Seven weeks after the initial diagnosis, Dr. Sánchez Dalmau reports that Márquez has made adequate progress with his diplopia recovery. Moving forward, the six-time MotoGP champion will continue with his conservative treatment for the next few weeks while preparing for the upcoming season.

Of course, the medical update evokes a sigh of relief from the Márquez camp and fan club, but the rider will need to continue progress as the first pre-season test approaches. Scheduled for February 5-6, 2022, at Malaysia's Sepang circuit, the winter test will be Márquez’s first ride aboard the official 2022-spec RC213V.

Over the 2021 season, the number 93 and the Repsol Honda team continued to improve the race bike’s grip and feel. Márquez tried numerous chassis and aerodynamic appendages during the course of the season, and he hopes Team Red will bring a more competitive package to the paddock in 2022. Until then, Márquez will continue his conservative treatment in order to come back even stronger next season. 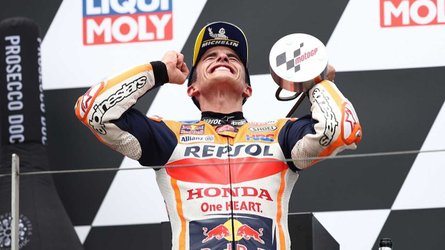 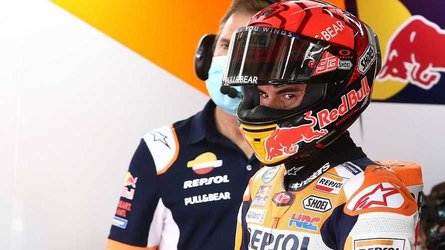