He sustained a minor concussion following a training accident.

Behind the adrenaline-pumping, action-packed racing we see in the MotoGP lies hours upon hours of rigorous training both on and off the bike, as well as aboard different types of machines. A quick visit to the Instagram pages of any MotoGP racer will reveal that they have a whole slew of training activities packing their schedules when they aren't racing. Marc Marquez is definitely no exception.

Unfortunately for the Spanish rider, he will have to miss out on this weekend's Algarve Grand Prix due to a minor injury sustained in an off-road training session. This comes after Marquez bagged the victory at the last MotoGP race in Misano, the same race which decided Fabio Quartararo's fate as the 2021 MotoGP World Champion. The official press release of the MotoGP states that Marquez was preparing for the race in Portimao with one of his standard off-road training sessions, presumably on a motocross circuit, wherein he suffered a crash which resulted in a minor concussion.

Following a few days of rest at home, it seemed that Marquez was still feeling under the weather. As such, choosing to err on the side of caution, Marquez and the rest of the Repsol Honda Team saw it fit that the Spaniard sit out the Algarve Grand Prix scheduled for this weekend. After all, with Marquez slowly getting back in shape following his horrendous arm injury, it's definitely a good idea to stay on the safe side in order ensure that his road to recovery isn't sidetracked in any way whatsoever.

In an Instagram post, Marc Marquez informed his fans and followers of the training incident which occurred last Saturday, October 30, 2021. He went on to reassure us that he is alright and that his injuries were relatively minor, however, he would be sitting out the Algarve Grand Prix as a precautionary measure, as advised by his doctors and medical staff. It appears that Marquez sustained no other injuries, particularly to his recovering right arm and shoulder, apart from the mild concussion.

Repsol Honda won't be without a second racer, though, as Stefan Bradl will once again be filling in for the mildly injured Marquez. This will be the third time this year that the 31-year old German rider will be racing alongside Pol Espargaro, and donning Repsol Honda Racing Team leathers. 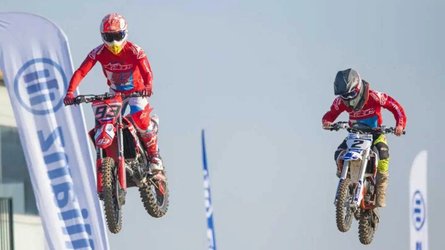 Marc Marquez To Teach Kids To Ride Motocross For Free
⠀ 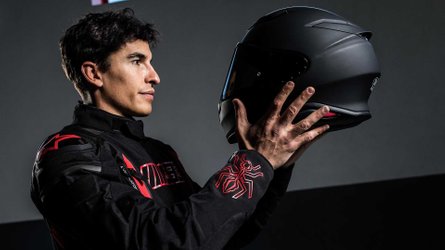