He doesn’t want another surgery, however.

On July 19, 2020, six-time MotoGP champion Marc Marquez sustained a broken humerus during a vicious high-side crash in the Spanish Grand Prix. After three surgeries and an extensive recovery process, number 93 finally returned to the grid for the Portuguese Grand Prix on April 18, 2021. While fans are glad to see Marquez back in the race series, few expected the lingering effects of the injury to last into the latter stages of the season.

Despite an impressive and emotional win at the German Grand Prix, the Spanish rider’s 2021 season has been a year to forget. Over 11 races, Marquez crashed out of four, including three DNFs (Did Not Finish) in a row between the French and Catalan Grands Prix.

“Now I'm competing and trying to do my best, but I'm not enjoying it,” Marquez admitted to Italian media outlet Motociclismo. “I enjoy it in some moments, in a couple of laps and in some corners, but it still cannot be said that it is fully because when you feel pain you do not enjoy.”

While the Repsol Honda rider has consistently finished mid-pack at the circuits featuring a clockwise configuration, he has excelled at tracks that run in a counter-clockwise direction with a win at Germany’s Sachsenring and a runner-up finish at Spain’s Motorland Aragon circuit. Prior to the injury to his right arm, Marquez already favored left-hand turns, which suits him to counter-clockwise tracks. The injury has only increased his reliance on that strength and he looks forward to the next counter-clockwise raceway at the Circuit of the Americas in Austin, Texas.

“Until Austin, we will have two weeks and we will try to work at home to take a step forward because now I drag two races in a row and I need to rest for several days after a race because it hurts. That's not the way I worked in the past because now I have a specific plan and plan A is to work on myself."

Marquez isn’t only battling his injury and physical conditioning, however, he’s also fighting the bike. During the time that the eight-time world champ was out, Honda didn’t have a top racer to develop the RC213V. As a result, Marquez continues to struggle with grip and feel. Of course, his patented aggressive style also contributes to the situation and Marquez has crashed 18 times (including Free Practice sessions) this season.

That figure ranks the number 93 as the number one crasher in the series, even after missing the first two rounds of the 2021 calendar. Despite the crashes and consistent pain in his right arm, he doesn’t want to undergo another surgery just yet. Like any great champion, Marquez endlessly pursues perfection and he understands that it will take improvement on his part and on Honda’s part to get back to the front of the pack in 2022.

“We have to keep working on the bike and on performance, and if we improve a little in both directions, we will be able to fight for the championship.” 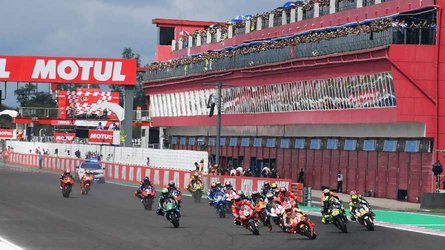 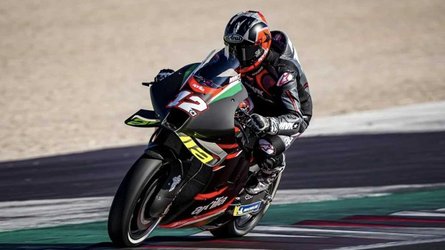 Maverick Viñales To Race For Aprilia MotoGP Starting With Aragón 2021