The little Leoncino has some new duds for the new year.

Benelli presents its newest crop of 250cc Leoncinos for the new year after presenting new models at EICMA 2021. The new small-displacement model gets a new headlight and graphics while retaining the same capable base that the Leoncino platform is known for.

Equipped with a 250cc liquid-cooled single-cylinder engine motor, the base of the little Leoncino is still the same motor but now with a Euro 5 emissions standard. The single-cylinder is also mated to a six-speed gearbox, and it produces 25.8 hp at 9,250 RPM.

Built on a steel trellis frame, it’s pretty equipped as far as being just a 250cc motorcycle. Putting bigger bikes to shame is a set of upside-down forks with a 41-millimeter diameter with up to 51 millimeters of travel. The brakes are quite big for the power that it produces as well, coming in at a 280-millimeter single floating front disc with a four-piston caliper, and a smaller 240-mill disc at the back with a single-piston caliper doing all the clamping. Benelli also wheeled this bike for the streets, with both its front and rear sporting a 17-inch aluminum alloy set wrapped in 110/70 and 150/60 tires, respectively.

Perhaps the most interesting development for the Leoncino 250 is the new headlight. Once basic, the unit installed is now going to be full-LED and borrowed from its bigger brother, the Leoncino 500. On top of that, you still get a digital instrument cluster, and also the little lion on the front that harks back to the model’s name.

The new graphics are also updated. Overall, the new graphics, which indicates a stylized “250” on the side and some high-visibility yellow for some added pop. The wheels, while black, get the same treatment, but only for the anthracite colorway. Expect a price around the $4,000 USD mark for this updated model. In Europe, the model goes for € 3,740 EUR, which includes the cost of getting it on the road. 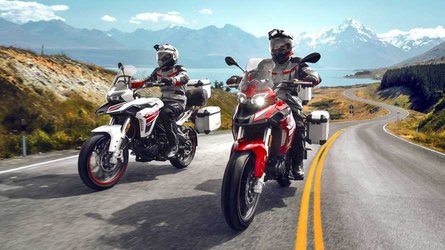 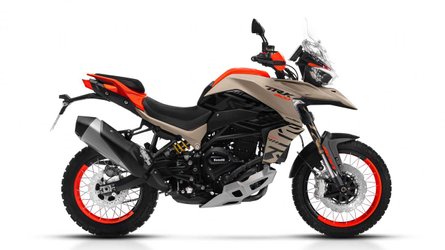