Back in November, 2020, Royal Enfield first announced its plans to open a new factory in Thailand. The facility would not only serve its home market, but also other Southeast Asian countries in the region. Although overall motorcycle sales were down very slightly in Thailand in 2020, sales in the mid-sized and larger segment—where Royal Enfield’s models are positioned—rose by around two percent.

As of November 25, 2021, it seems that Enfield’s plans for a new Thai facility have gone off without any significant hitches. The newest member of the Royal Enfield production family was developed in cooperation with the Thai motorbike OEM GPX, which makes many of the smaller-displacement bikes you’ll see everywhere if you spend time in Thailand.

The new facility is located in Chachoengsao, a province located east of Bangkok and north of the popular beaches of Pattaya. GPX headquarters are also located in the city of Chachoengsao, which is situated on the eastern side of the province of the same name. Enfield plans to ship its bikes in completely knocked-down (CKD) form to this factory, for assembly in Thailand and distribution across the Southeast Asian region. 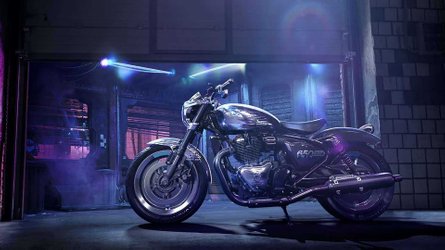 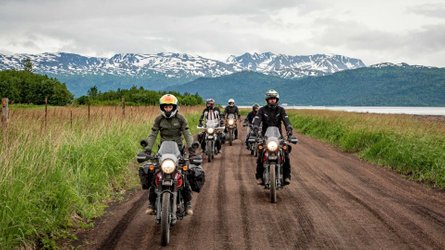 What kinds of bikes will be rolling out of Royal Enfield’s new Thai facility and into the waiting arms of riders? To start with, both Himalayans and the 650 Twins (Interceptor and Continental GT alike) will kick off the proceedings as of November, 2021.

“Royal Enfield has been working extensively to grow and expand the middleweight motorcycling segment globally,” Royal Enfield executive director B. Govindarajan said in a statement.

“With a strategic view to grow the business and cater to increasing demand, we have been pursuing our plans to set up local assembly units in priority markets beginning with Argentina in 2020 and then Colombia earlier this year,” he continued.

"Continuing this journey and marking a first for us in the Asia-Pacific region, we are very happy to announce the commencement of operations at the CKD assembly plant in Thailand. A testament to our commitment to the region and the market potential, and to our growing community of riding enthusiasts, this facility will enable us to efficiently cater to the growing demand in this region, and also become the hub for the rest of Southeast Asian markets,” Govindarajan concluded.